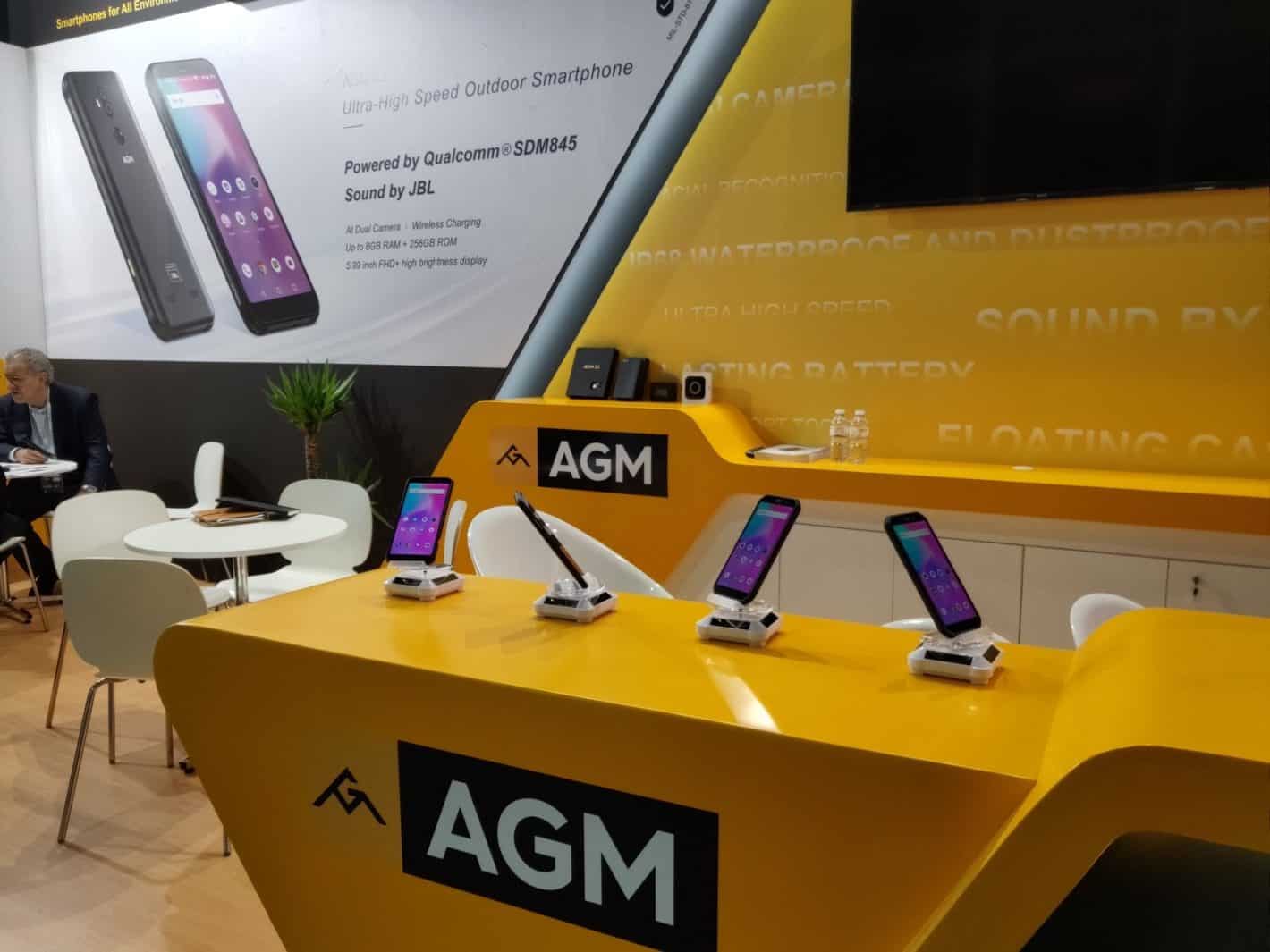 AGM is a Chinese company which focuses on making "durable smartphones", and the company has announced its collaboration with JBL in Barcelona at MWC 2019. AGM announced that JBL will tune audio on some of its smartphones, and that JBL branding will be included on those devices, like it was on the AGM A9 which was announced in Q4 last year.

In addition to the AGM A9, the AGM X3 also has JBL's branding and audio prowess up to this point, but more devices will be coming. AGM also wanted to point out that the AGM A9 has quad speakers included, those JBL-tuned speakers are placed on the back of the device.

Having said that, AGM also announced a new smartphone, the AGM M5. That handset ships with Android OS, but AGM did not say which version of it. The device is both IP68 and MIL-STD-810G certified, which means that not only is it water and dust resistant, but it can take a hit as well.

The phone has a 2,8-inch QVGA display, and 21 physical keys, this is not a phone with a touchscreen, by the way. The phone supports 4G connectivity, and it comes with a 2,500mAh battery. AGM also included a "powerful" LED light in this smartphone. We still do not have an image of this smartphone, but AGM will probably release it soon, even though we do not know when exactly will this handset launch.

AGM also announced that it is spreading to Europe, the company European entity is called "AGM Mobile Devices Europe Ltd.", and it is based in the UK, but it will operate across Europe, said the company.

Several of AGM-branded devices are already available in Europe from the www.agmmobile.co.uk website, including the AGM X3 flagship, and the AGM A9 which we've mentioned earlier. In addition to those two phones, AGM is also offering the AGM X2 SE and the entry-level AGM M2 via its European entity. All of those are devices which come with IP68 and MIL-STD-810G ratings, and are quite durable.

The AGM X3 is the company's flagship, and it is the most expensive out of the bunch. The device is priced at £559.99 in Europe, and it is fueled by the Snapdragon 845 64-bit octa-core processor, while its speakers are tuned by JBL. The device includes 12 and 24-megapixel cameras on the back, while it ships with Android 8.1 Oreo, and supports fast charging.

The AGM A9, on the other hand, is fueled by the Snapdragon 450 64-bit octa-core processor, and it comes with 4GB of RAM and 64GB of storage. The phone includes a 5,400mAh battery, while you can use it while you have gloves on. This phone includes a 5,99-inch fullHD+ display. This device is priced at £279.99. If you'd like to know more about any of these phones, or you'd like to buy one, follow the link down below.