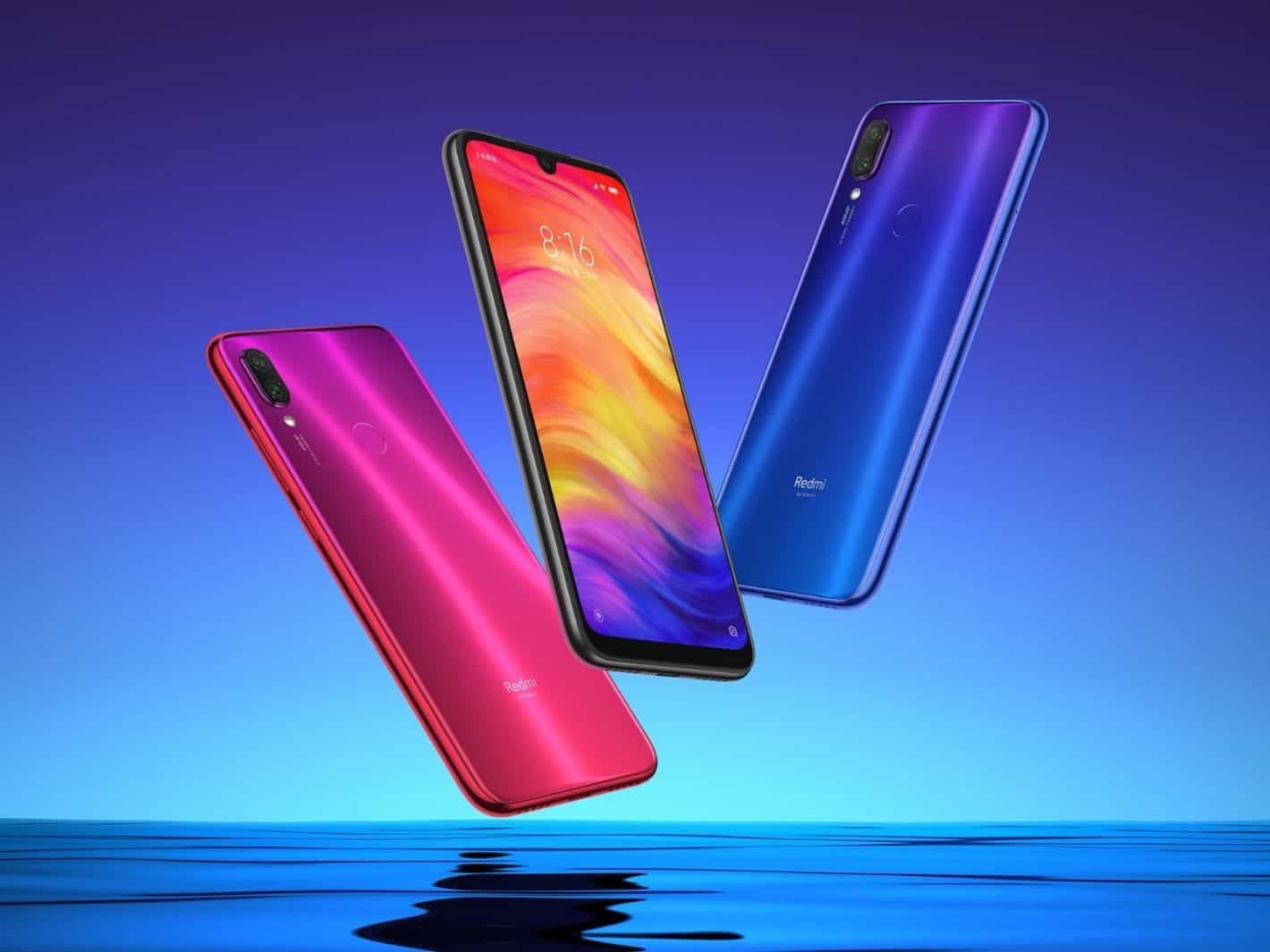 Xiaomi has announced its highly-anticipated mid-ranger, the Redmi Note 7, and it sports a 48-megapixel camera, as promised. Now, the Redmi Note 7 is a new phone in one of the most popular lineups of devices in the company’s history, as the company’s Redmi and Redmi Note-branded phones are the main reason behind the company’s success. The device was announced under the new “Redmi by Xiaomi” sub-brand in China, though chances are that the phone will arrive in a number of markets around the world, same as its predecessors, so you can expect it to reach both India and Europe in the near future.

Now, as far as the design is concerned, the Redmi Note 7 does come with a display notch, but the phone’s notch is extremely small. It’s a “waterdrop” notch that we’ve seen in a number of phones, and it reminds us most of Essential PH-1’s offering. The phone also comes with a “chin” below the display, though that bezel is not all that thick at all, quite the contrary. The phone’s volume up, volume down, and power / lock buttons are included on the right, while the device’s display sports rounded corners. There are two vertically-aligned cameras included in the top-left corner of the phone’s back side, while an LED flash sits right below those cameras. A fingerprint scanner is also a part of the Redmi Note 7 package, and it also sits on the back of the device, along with the “Redmi” branding, though you will also see the “by Xiaomi” branding right below that. The phone comes in black, blue, and purple color variants, and it seems like only the black variant is not gradient.

This phone is no slouch in terms of specs either, the Redmi Note 7 comes with a 6.3-inch fullHD+ (2340 x 1080) fullHD+ display, with a 2.5D curved glass on top of it, and a 19.5:9 display aspect ratio. Corning’s Gorilla Glass 5 is included on top of the phone’s display for protection. Qualcomm’s Snapdragon 660 64-bit octa-core processor fuels this phone, even though many people expected to see the Snapdragon 710 included in the package. The company introduced three variants of the device, the most affordable model comes with 3GB of RAM (LPDDR4X) and 32GB of storage, the middle-of-the-road variant sports 4GB of RAM and 64GB of storage, while the most expensive variant offers 6GB of RAM and 64GB of storage. All three variants come with expandable storage, up to 256GB via a microSD card.

In terms of cameras, you’ll be able to find 48-megapixel (f/1.8 aperture, PDAF, EIS) and 5-megapixel cameras on the back of the device, while a single 13-megapixel camera is included on the phone’s front side. That 48-megapixel sensor actually comes from Samsung’s, it’s the company’s ISOCELL Bright GM1 sensor, in case you were wondering. The company actually opted for that sensor instead of the Sony IMX586 that was expected due to issues with mass production of the sensor, as the demand seems to be quite high. It has four-in-one pixel binning which allows it to make an image with 1.6um pixels. A 4,000mAh battery is also included here, it’s not removable, and it supports Quick Charge 4 fast charging. Android 9 Pie comes pre-installed on the Redmi Note 7, along with Xiaomi’s MIUI 10 overlay. An IR blaster is included on top of the Redmi Note 7, which is not something we see on many phones these days. The phone also comes with a 3.5mm headphone jack, AK98937 Smart PA, Bluetooth 5, and Dual 4G VoLTE. The phone also includes two nano SIM card slots, and this is a hybrid setup we’re looking at here.

As already mentioned, the phone was announced in China, so we only have information for its pricing and availability in China. The Redmi Note 7 with 3GB of RAM and 32GB of storage is priced at 999 Yuan ($147) in China, while the 4GB RAM variant with 64GB of storage costs 1,199 Yuan ($176). The most expensive, 6GB RAM model with 64GB of storage is priced at 1,399 Yuan ($205). All three of those variants are available for pre-order starting today, and they will go on open sale in China starting on January 15. Xiaomi is even giving 18 months of warranty with every purchase, instead of the standard 12 months.