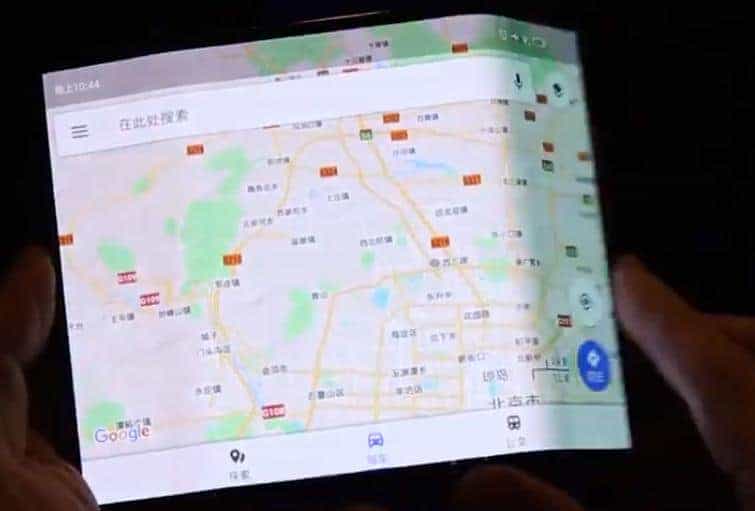 Evan Blass, perhaps better known as Evleaks, has posted a video of questionable veracity that shows what appears to be a foldable smartphone running the MIUI interface seen on devices created by Xiaomi. According to Blass, the device in question is allegedly made by Xiaomi, as the presence of the skin would indicate, but no further information was available. The video is shot in a dark room by a mystery user, and the device shown is scarce on bezels, foldable, and seemingly not similar to anything Xiaomi has thus far released.

Background: While there are ways of getting MIUI working on non-Xiaomi devices, they mostly play well with older versions. Anybody who has seen a device running MIUI 8 through PatchROM, one of the most popular methods of porting MIUI to non-Xiaomi devices, can tell you that what’s in the video is not that version of the skin. The revamped system menu is a dead giveaway that we’re looking at MIUI 10 at a minimum, which is based on Android 7.0 Nougat. MIUI 11, based on Android 9.0 Pie, is the most recent version going, and is likely what’s featured in the video. As for the device itself, the bezels are even and somewhat thin, about on level with the Samsung Galaxy S8’s top and bottom bezels, on all four sides. What starts as a small 4:3 aspect ratio tablet folds twice into a somewhat squat smartphone with no side bezels. This fascinating form factor could potentially lend itself to a number of use cases, such as a tiny laptop, a tent display for watching videos, and hanging the device over the side of a shelf or rack by folding one screen. Whether all of these are possible is not explored in the short video, which consists of flipping through a few apps and a bit of the settings menu before folding the device up.

Impact: If it is assumed that this video is real and it does depict an in-development smartphone from Xiaomi, then the most exciting logical conclusion is that this beast will be hitting the market soon. The device shown in the video demonstrated what seemed to be full consumer-readiness, including an active internet connection, working GPS, and an easy folding mechanism. What’s slightly more likely, since Xiaomi has yet to officially announce any folding smartphones, is that this is merely an in-house prototype meant to be used as a development reference and test rig. In any case, if the device shown really is from Xiaomi, which seems to be the case, then it’s obvious that the OEM has already made big strides toward a consumer-facing folding smartphone, and you can expect to see this device, or one quite similar to it, available for purchase in the near future. A further case for this video being shot by a rogue Xiaomi employee can be seen in the video itself; when the phone opens up Google Maps, it opens into the central Beijing area. Xiaomi’s headquarters resides in Beijing. The map doesn’t pinpoint an exact location before being zoomed out, though, so this video could have been taken just about anywhere in or near central Beijing.