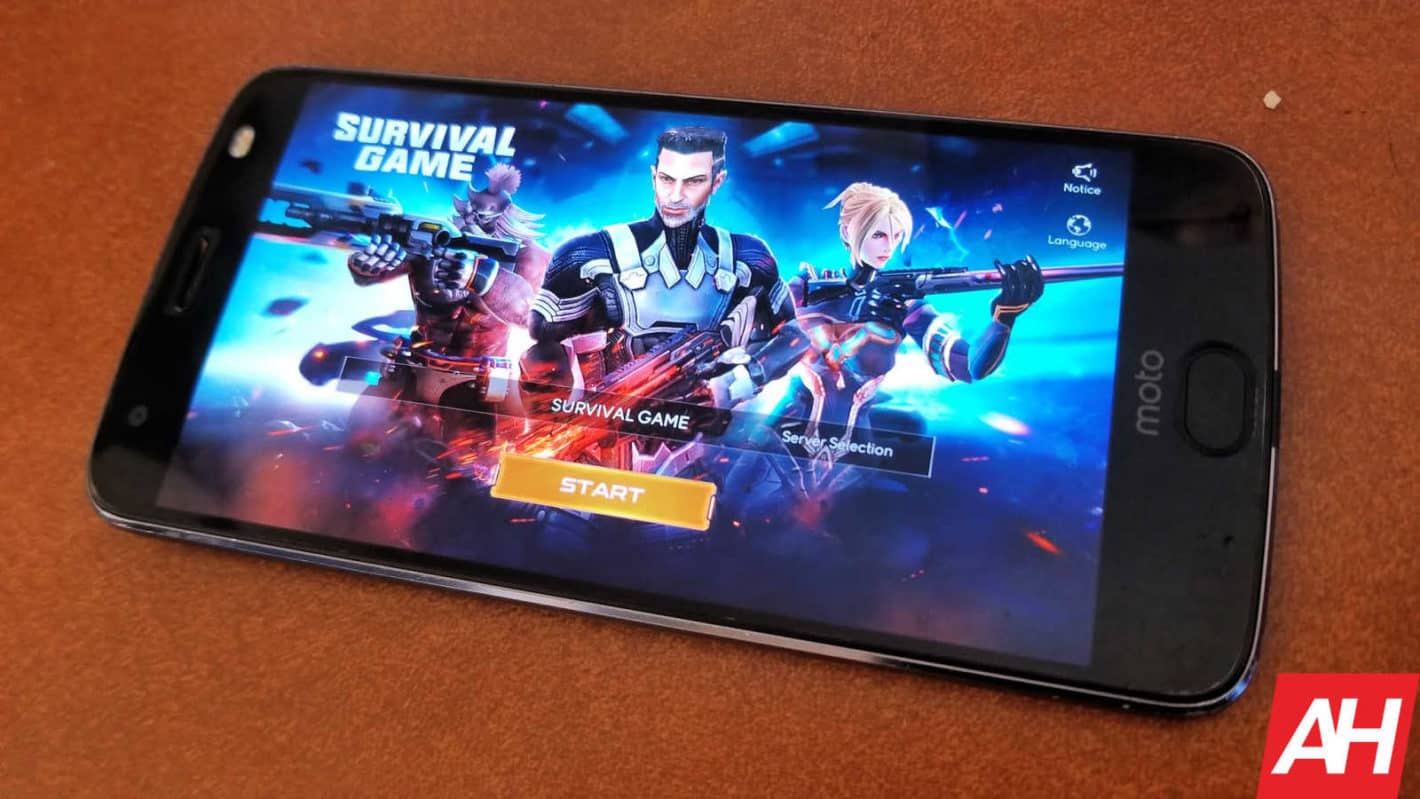 Xiaomi's own take on the battle royale genre, simply titled "Survival Game," is now in closed beta, but if you didn't manage to get in, you can still play. The game is, of course, Xiaomi's attempt to cash in on the Battle Royale trend, but it does have a few elements to differentiate itself from Fortnite, PUBG, and the army of clones the two have inspired. If you'd like to give it a try, make sure you've enabled installation outside of the Play Store, then check the link at the bottom of the article for the APK file to install.

Background: The first thing you're going to notice about this game is that it's very futuristic. The lobby and various field elements, like craters and downed spaceships, give off a dystopian, far-future vibe. The characters fit the mold as well, and there are four of them, each with different battle styles, base attributes, and movement speeds. You can buy character cards in the shop, but otherwise, one of the four will be randomly assigned to you before each round.

As for character customization, there's not much to speak of on the cosmetic side. The four characters are all very different, but you can't customize their looks. What you can customize is your own attributes, by using chips. You can buy them or win them, but you'll have to go a grid to install them. You'll unlock more slots as you level up, and chip benefits follow you across characters.

One interesting aspect of this game is weapon choice. You'll find sidearms, machine guns, submachine guns, sniper rifles, and shotguns littered around the field, but unlike in Fortnite or PUBG, you're not strictly stuck with the model and attributes of the one you grab. Each weapon on the field is instead an archetype, and the weapons and weapon boosts you select in the lobby menu are what you'll get when you pick them up. Everybody has the same boosts available from the start, and you can't enhance weapons beyond those. That means that everybody is on equal ground, and can only change the weapons to fit their play style.

Finally, perhaps the biggest game changer is jetpacks. Each character has one, and it has limited fuel. It also can't take you all that high. Still, battles can head skyward, and you can get to sniper points easily with your jetpack, changing the flow of battle. If you run out of fuel, you can find more in the field.

There are Seasons, presumably with extra content and per-season stats like Fortnite, which haven't been unlocked yet for the beta test. Likewise, some options don't work, like changing the game's visual settings or the frames per second it runs at. The relatively small game, sitting pretty at only 187 megabytes, actually looks pretty good and plays quite well.

Impact: Here's yet another viable alternative for those who find PUBG's purist take on the battle royale genre boring. This one involves a lot more strategy and less random chance than Fortnite, meaning some players may end up preferring it. It should also work well on devices that can't run Fortnite. That camp includes a lot of devices, given the issues that Epic Games is having with Android fragmentation and optimization for different devices.

Xiaomi stated that the game will be released for eligible Mi devices once the beta is over, but it's anybody's guess as to whether the APK linked below will continue to work, and whether the game will hit the Play Store. In any case, if you're inclined, it's best to jump in and give it a try now in case it disappears.

Download Survival Game APK
Advertisement
Trusted By Millions
Independent, Expert Android News You Can Trust, Since 2010
Publishing More Android Than Anyone Else
0
Today
157
This Week
0
This Month
4765
This Year
106242
All Time
Advertisement