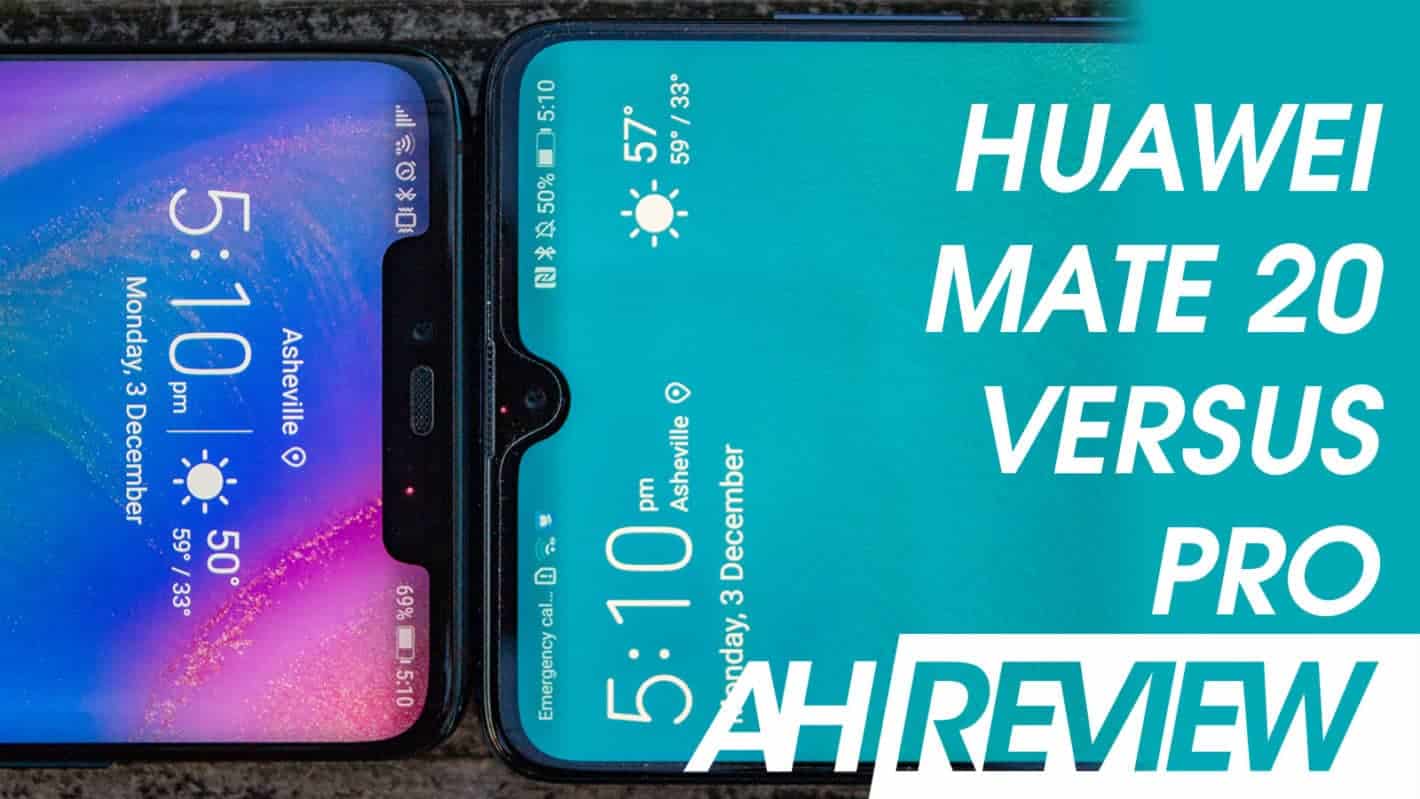 Huawei is certainly a name that's been making the rounds in the media lately, and thanks to a number of political reasons, not always for the best reasons. Regardless of politics though, Huawei has improved itself to substantially in the last year alone, and this year is delivering its best devices ever. That's good too, because the price of the Mate 20 Pro, in particular, is among the highest of any device on the market. There's a reason for this though; Huawei is throwing everything and the kitchen sink into the mix, as evidenced by our camera review, and the rest of the phone feels extremely similar in every regard. Like the P20, the Mate 20 and Mate 20 Pro are certainly similar devices, but the less expensive Mate 20 makes some concessions in key areas. From the back, the design seems very similar, with a square camera module in the middle of the back, curved edges on the left and right sides, and a brand new back that's oh so fantastic.

Most of the rest of the specs are the same though, with both phones packing 6GB of RAM and 128GB of storage in their base configurations, as well as the same Kirin 980 SoC. Both only support that odd new nano-memory card standard though, so while it's got expandable storage support, it's not one of those cheap and fast microSD cards you probably just picked up on sale. The vibration motors have seen a definite upgrade from the Mate 10 and P20 lines, which is good because those were really terrible vibration motors, but these aren't even in the same class as ones from companies like Samsung, LG, Sony or Google. They still feel harsher and cheaper than those phones, and don't quite exude the level of premium feeling I would expect from such an expensive set of devices. Our review video below talks about this and so much more, so be sure to check it out and don't forget to subscribe to us to see videos the moment they go live!