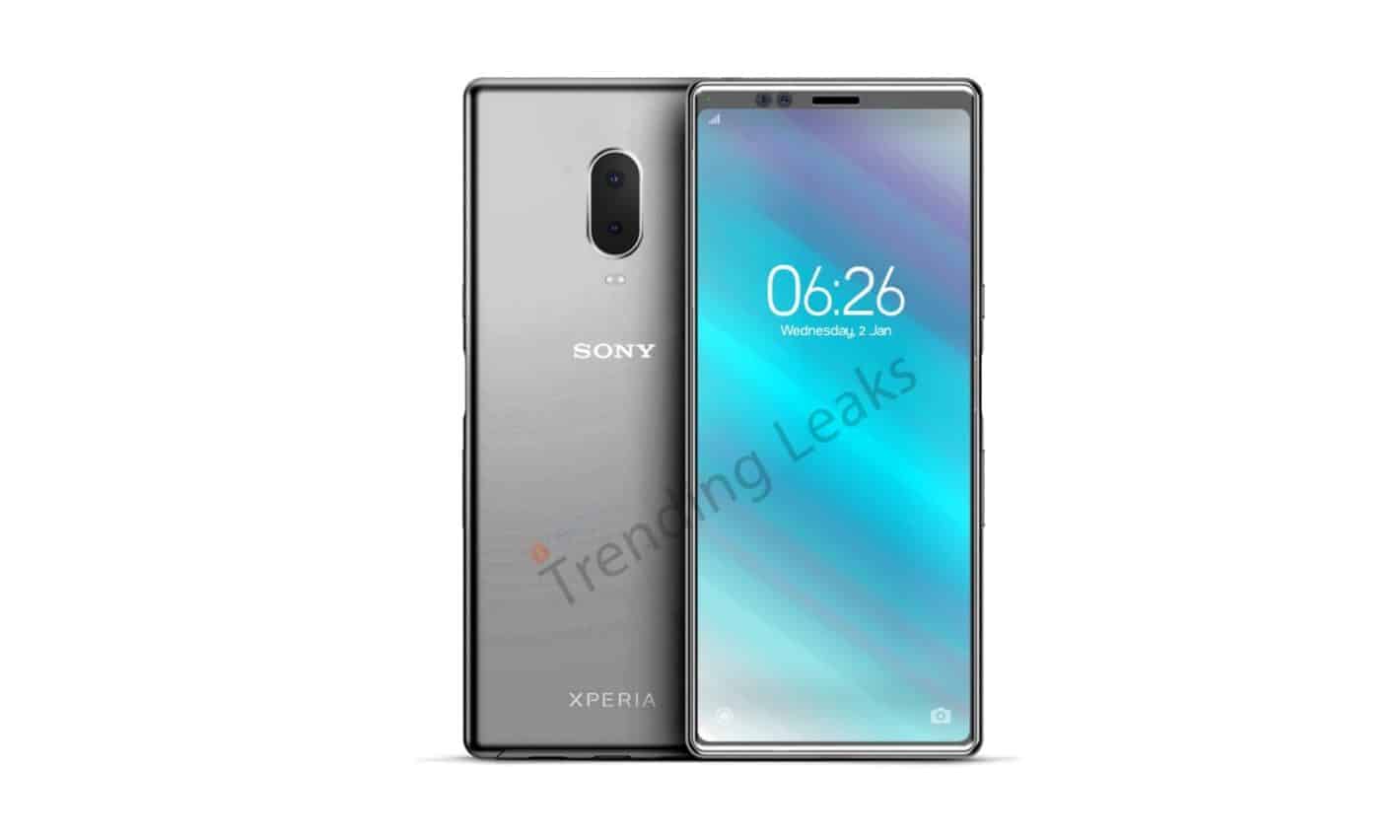 The Sony Xperia XZ4 had leaked a number of times thus far, and we've already seen some convincing leaks, which we'll talk about a bit later. Before we get to that, it's worth noting that a new render surfaced, allegedly showing off the upcoming Xperia XZ4 handset. This phone does look really nice, it sports extremely thin bezels, and that tall aspect ratio (which you either love or hate), but unfortunately, its bezels seem a bit too thin for the phone to be real. Sony did its best to trim down bezels on the Xperia XZ3, and it will probably do an even better job with the Xperia XZ4, but this just seems a bit too much. The bottom bezel is basically non-existent, it's the same thickness as the sides almost, and the top bezel is only a hair thicker. In comparison to previous leaks, which were actually quite convincing, this actually seems more like a concept image rather than anything else. Both the phone's top and bottom bezels will probably be a bit thicker, while the back side of the device may also look different, as Sony is rumored to include three cameras on the back of the Xperia XZ4, not two as this leak seems to indicated. Based on the cutout on the right-hand side of the device, the image suggests that the Xperia XZ4 will ship with a side-facing fingerprint scanner, which is actually exactly what will happen, as Sony will be looking to include a side-facing fingerprint scanner instead of an in-display one.

Most Realistic Design Leak Yet Is…

At the end of November, @OnLeaks and MySmartPrice partnered up in order to reveal the design of the Xperia XZ4, and those renders, that were published, actually seem most realistic at this point. If you take a look at what they provided, you will see a phone made out of metal and glass, with three cameras on the back, and relatively thin bezels, but not unrealistically thin. There's a reason why OEMs utilize notches or display holes these days, as they still can't really create a bezel-less smartphone without placing a camera and sensors somewhere, not to mention that phones still need "chins" as display drivers need to be placed somewhere. Apple managed to remove the "chin" on several of its flagships, but it has done that by bending the OLED display on the bottom, which is not exactly the best solution nor the cheapest process. The Xperia XZ4's cameras will be vertically aligned, while the phone will include a physical camera key on the right. The back side of the device will be curved, while the phone will ship with a 21:9 display aspect ratio.

What About Its Specs?

The device is actually rumored to ship with a 6.55-inch display, and we're probably looking at an OLED panel here. The device will be fueled by the Snapdragon 855, almost certainly, while the phone is expected to sport a rather large battery, a 3,900mAh battery has been rumored, though that doesn't seem to be overly large considering the phone's display. The device will probably ship with at least 6GB of RAM, while Android 9 Pie will come pre-installed on it. The Sony Xperia XZ4 will probably be announced at next month's Mobile World Congress (MWC) in Barcelona, but Sony hasn't confirmed anything just yet.