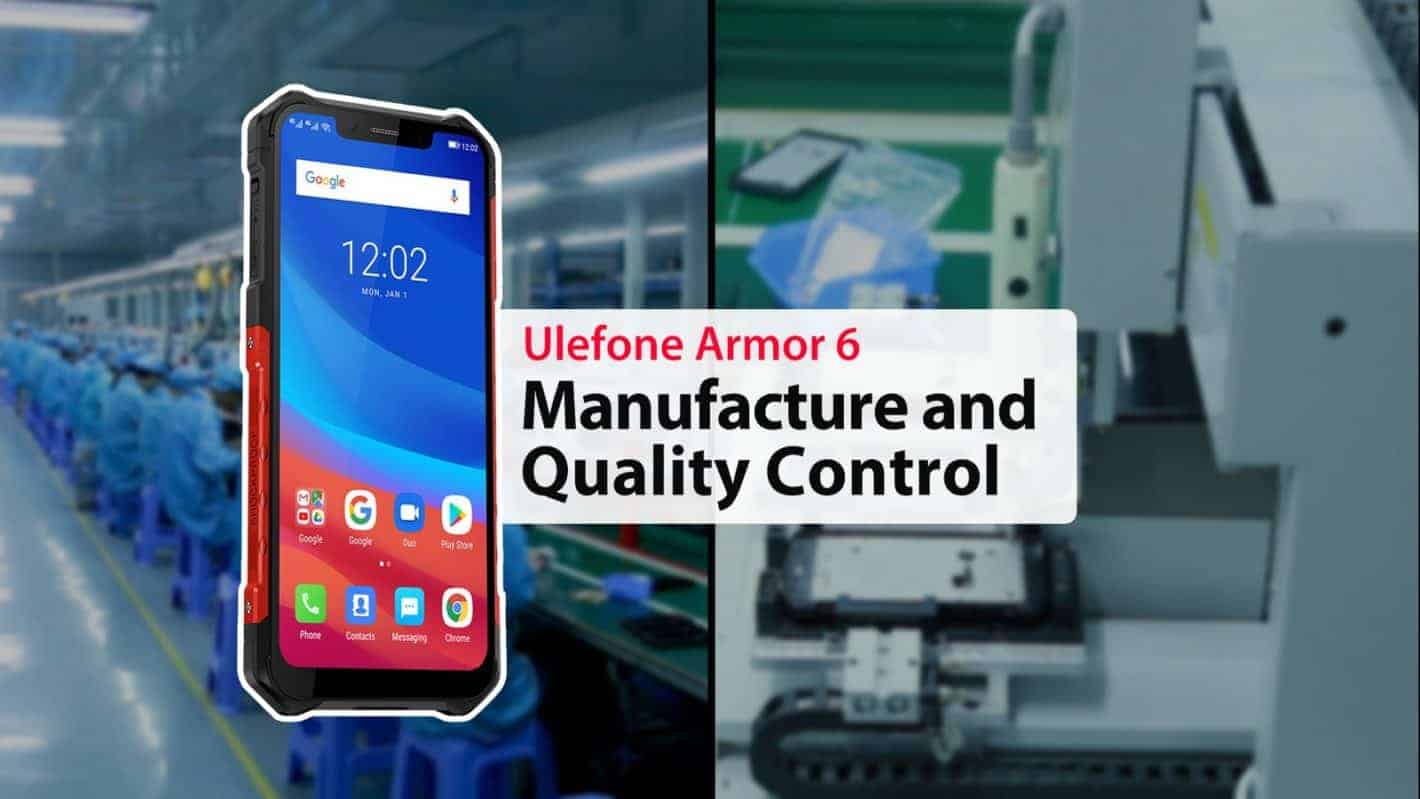 The Ulefone Armor 6 is the company's newest rugged phone which became available for pre-order quite recently, and the company has just released a new promo video for the device. This promo video is embedded down below, for your convenience, and it has a duration of almost three minutes. In the video, you will see the Ulefone Armor 6's manufacturing process, including its quality control tests.

The provided video will give you a great idea as to what the Ulefone Armor 6 goes through, as most of its assembly process is nicely portrayed here. The Armor 6 is a tank of a phone, and quality control is quite important, which is why Ulefone submits every Armor 6 unit to various durability tests before it clears those units for sales. The Ulefone Armor 6 is both IP68 / IP69K and MIL-STD-810G certification, which essentially means that the phone is water and dust resistant, while it can also take a hit, chances are it will be fine if you drop it (from a reasonable height).

The device is made mostly out of metal, though other materials come to play here as well. The phone does not sport thick bezels, considering it's a rugged device, of course, but it does come with a display notch which is quite wide. The phone's display features rounded corners, while you will notice two cameras on the back of this phone. The Armor 6 comes with a rear-facing fingerprint scanner, which is located right below those cameras, and it two color variants, red and black.

The device's specs are nothing to scoff at, the phone sports a 6.2-inch fullHD+ display, along with 6GB of RAM and 128GB of expandable storage. The Helio P60 64-bit octa-core processor fuels the phone, while Android 8.1 Oreo comes pre-installed on it. This phone comes with two SIM card slots, while it supports 4G LTE connectivity (both FDD-LTE and TD-LTE). 13 and 8-megapixel cameras are included on the back of the device, while you will find a single 8-megapixel camera on the phone's front side. The device also includes a rather large 5,000mAh battery, and it also supports wireless charging (10W).

Those of you who are interested in getting the Armor 6 should know that it is priced at $359.99 at the moment, but its price tag will jump to $459.99 after January 20. If you purchase the device, you will also get a wireless charger, and a screen protector. In case you're interested, purchase links are included down below. The company has also announced that the Armor 3T is currently discounted to $276.37, and a purchase link for that phone is included down below as well.