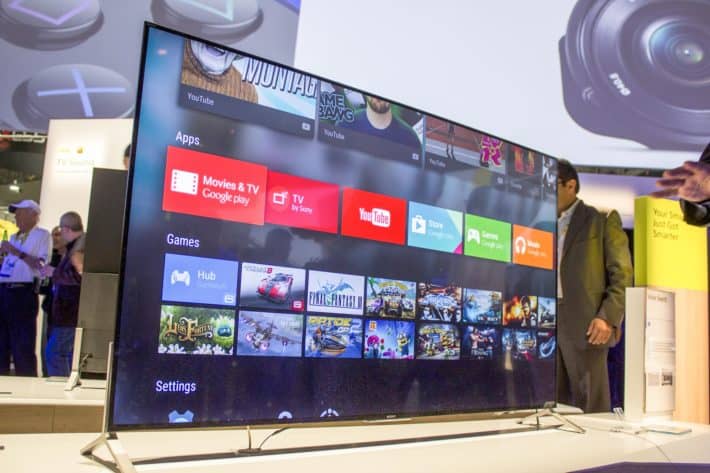 The Kodi team, via social media has directly accused Sony of “actively preventing” owners of Sony-made TVs, powered by Android TV, from installing the Kodi app.

At present, the details on the issue are light and so it remains unclear when the issue first started or how widespread it currently is. However, there are a number of reports on the Kodi forums dating back to earlier in 2018 suggesting the problem has been ongoing for months now.

Sony has yet to respond or comment on the issue.

Based on the user reports, owners of a Sony Android TV-powered TV seem to be running into an issue where they cannot install the app from the Google Play Store. If they do mange to install the app, then it fails to open when prompted from the interface.

The issue seems to be more persistent on devices that have been updated to Android Oreo which has led some to wonder whether the issue is more related to Oreo than to Sony TVs.

The NVIDIA SHIELD Android TV has also been updated to Oreo and users are not noting the same issue. By the same token, not all Sony TV owners seem to be experiencing the issue with some noting the app works fine on their Oreo-updated TV.

One of the members of Team Kodi did take to one of the main forum threads to reiterate the issue is the fault of Sony. Citing the SHIELD’s compatibility as proof that’s not Oreo related. In addition to stating that there’s not much the Kodi team can do, even if they wanted to.

One contributor to the Kodi forums seemed to suggest the fault definitely lies with Sony as the user was able to change the package id of the app and in doing so was able to install the app on a Sony TV. Albeit with a resolution cap set to 1080p.

Since the APK was renamed, and has also now been recompiled, a number of those experiencing the issue have been able to install the app.

Kodi, is an open-source media player that works on a wide variety of platforms, including Android TV. As Sony has become one of the go-to providers of Android TV at the TV set level, this has the potential to affect a considerable number of users of the platform.

Kodi is simply an app which can be used to install other “add-ons” that make it easier to stream content illegally. To link the two directly is not that different to linking the actual TV to illegal streaming as the TV can also install apps which do the same thing.

The linking of illegal streaming to Kodi has been made worse in recent times by the same associations having often been drawn by the media at large with headlines which continually suggest Kodi is actively involved when it is not.

The media coverage has unfairly led to many sites referring to boxes that can illegally stream content as “Kodi boxes.”

In spite of the continued negative press and impressions, the Kodi media player remains one of the most popular third-party media players on the market.

Although Sony has yet to respond and certainly not directly via the social media posts, it seems Samsung was more than happy to chime in stating “We'll be here when you're ready” when replying to another tweet reply which indicated the lack of Kodi support was enough for the tweeter to move away from Sony.

A number of others commenting on the Twitter feed have also now voiced their concern with Sony over the seemingly blocking of Kodi on its TVs.