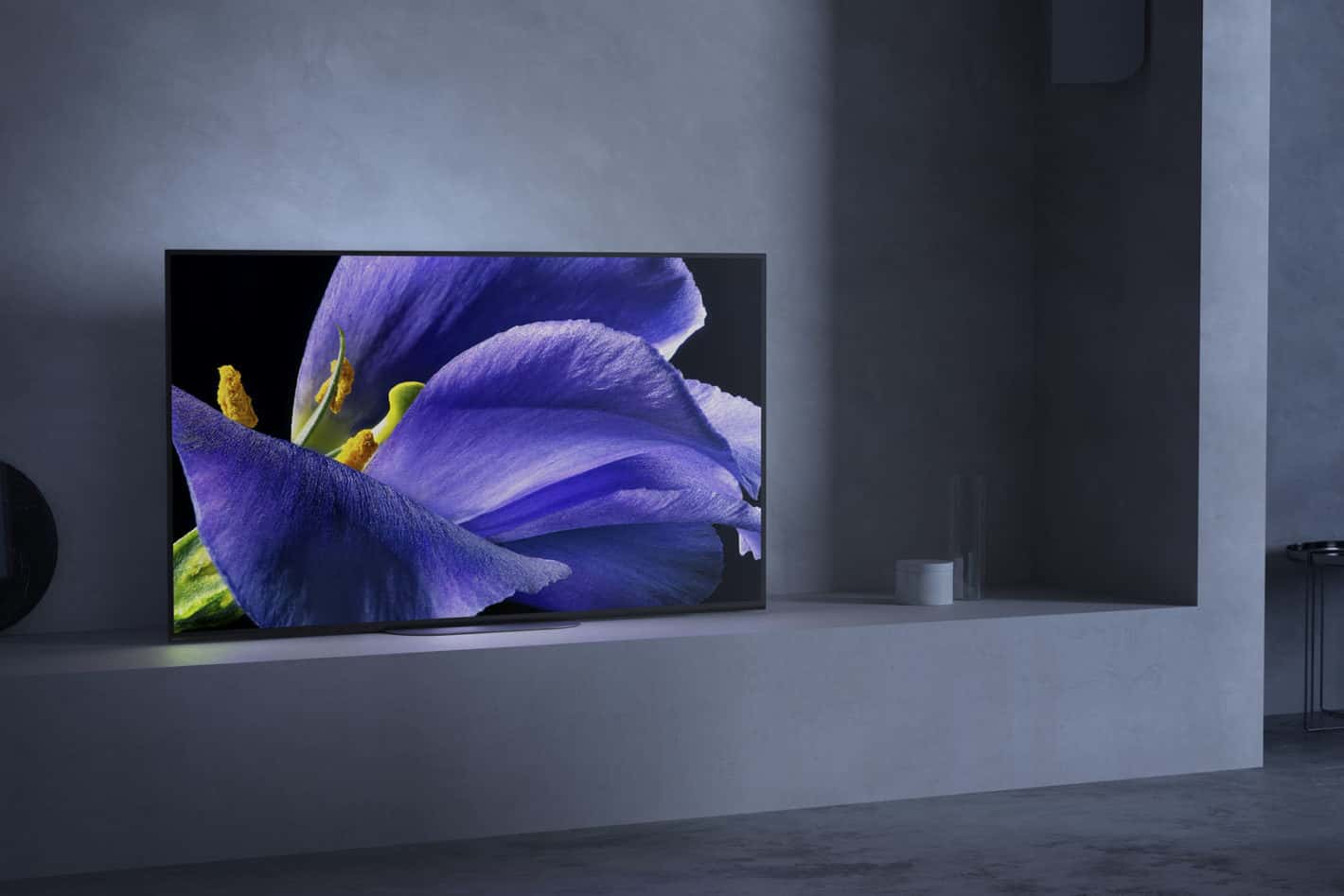 Sony is expanding its range of TV options with the new A9G series, the A8G series, and the X950G series. All of these TV lines come powered by Android TV and mainly differ in the display technology and supports. Of the three new lines announced, the A9G is the most premium.

Sony's new A9G series represents the latest 4K OLED TVs to come from the company and are positioned as a ultra premium product line due to their inclusion within Sony's "MASTER" category. The MASTER affiliation denotes a highlighted level of quality and typically results in a higher retail cost compared to non-MASTER products.

The new A9G line will become available in three sizes (55, 65 and 77-inches), and sport a number of additional supports and technologies all designed to improve the experience. These include Netflix Calibrated Mode, Dolby Vision, and Acoustic Surface Audio+. The A9G series is also certified by the IMAX Enhanced program and draws on Sony's Picture Processor X1 for improved performance.

Some of the added benefits buyers will be able to expect from the A9G series include wider viewing angles, more vibrant colors, greater contrast, and the use of upscaling where the processor will attempt to upgrade SD and HD content to a 4K level.

The A8G series is not that dissimilar to the A9G line although it is not understood to be part of the company's MASTER program and therefore will likely arrive at a more accommodating price point. Otherwise, buyers can expect a 4K OLED TV that also utilizes the same Processor X1, Dolby Vision, and also features an IMAX Enhanced-certification.

IMAX Enhanced debuted in 2018 as a means for IMAX (along with DTS) to offer buyers an independent way to certify products as meeting their exacting audio and visual requirements.

One of the other main differences between the two A-branded lines is the A8G series will not be offered in the largest size with only the 55 and 65-inch size options becoming available to consumers.

For those in the market for a more affordable Sony TV in 2019, this is where the company's X950G series will come in. These are 4K LCD TVs that look to offer a similar experience to the other lines thanks to the inclusion of the same Processor X1 and IMAX Enhanced-certification. As well as support for Dolby Vision and Netflix Calibrated Mode.

In addition to also been the most accessible at the price point level, the X950G series will also be the most versatile in size considering this range is now confirmed as launching with four different size options – 55-inches at the smaller end and 85-inches at the larger end.

One of the features that seems to be common to all of these new TVs is Sony's "Sound-from-Picture Reality" audio solution. This is where the audio has been tweaked so that the viewer hears the audio coming from the screen instead of the actual TV speaker's locations. One of the benefits of this approach is when people speak on screen their voices will appear to be coming from them, not the speakers.

Sony has not provided availability or pricing information for any of new TV lines, but has confirmed this information will be made public in the Spring.

Sony announced these new TV lines during its CES 2019 presentation, where among other things the company announced its first consumer 8K TV.