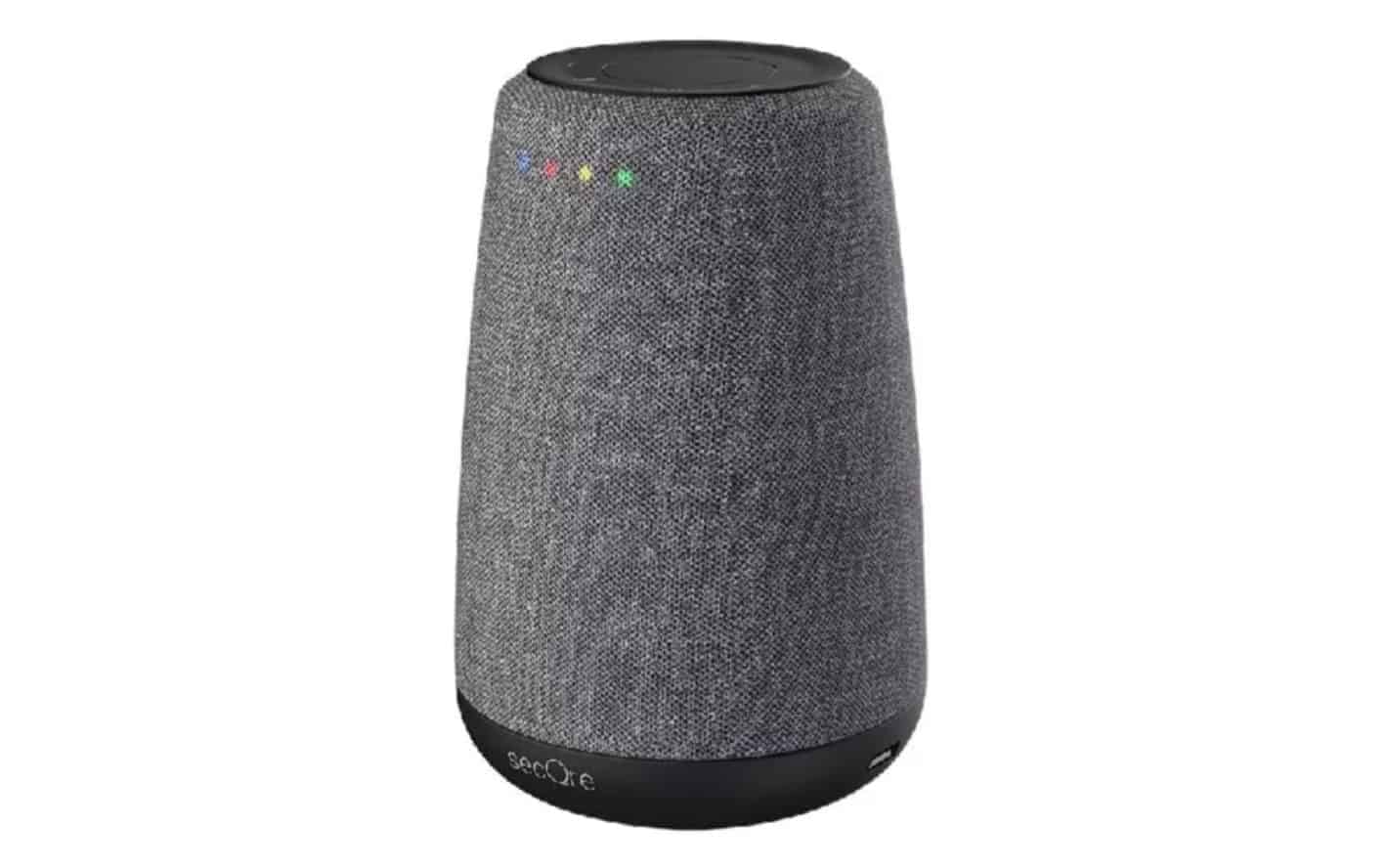 Shenzhen-based SEI Robotics has a brand new Android TV device on the way that's set to be sold under the model designation SEI-520 and incorporating all of the best features of a smart home speaker. Dubbed the SEI Smart Speaker, there aren't too many details on the gadget just yet and there aren't any details about availability or pricing but it does look similar to other cylindrical smart speakers on the market. That aesthetic matches at least some functionality as well since it will ship with Bluetooth 5.0, a far-field mic for recognizing voices at a distance, Google Assistant, Wi-Fi, and Chromecast capabilities. It utilizes a DC 12V input for power and the entire frame is encased in speaker material too, with the exception of its base and the top panel. Four LEDs behind that material alert users when Assistant is in use and are showcased in Google's traditional logo colors. An ARM Cortex-A53 quad-core SoC powers the whole package.

While the above-mentioned inclusions are all standard for Assistant-powered smart speakers such as the Google Home lineup, the SEI Smart Speaker is an Android TV box first and foremost. Along the edges of the lower base, the SEI-520 features a USB 3.0 and USB 2.0 port, a plug for a wired ethernet cable and another for an optical cable, an antenna port, and more importantly an HDMI jack. That's because its internal software and hardware are set up for digital video broadcasting standards S2x, T2, C, ATSC, and ISDBT. They're also set to handle H.265 HEVC and VP9 video encoding for 4K UHD television streaming. The speaker is set to be equipped with an IR signal sender and Android TV right out of the box too, making it a complete smart home hub and entertainment package rolled into a single device.

The SEI-520 was unveiled at CES 2019 alongside a number of other gadgets from other companies pushing into the Android TV market or the smart speaker market. That segment of the market was a very big part of the event and Android TV, in particular, has grown enough that Google is taking a deeper interest in protecting the platform from poorly-implemented hardware. But very few if any companies are approaching both of the above-mentioned ecosystems in one device. With the SEI-520, users will be able to use the smart home speaker as a more traditional speaker with voice functionality, linking up to a smart home through Google's Home application. From there, the gadget will be able to play back media, answer questions and interact through that AI's almost innumerable tools, entertainment, and experiences simply by asking it questions. Similarly, users will be able to control other smart home implementations to create a more centralized IoT environment or expand on controls for an existing network of the devices.

Android TV functionality is stacked on top of that and that means access to an Android-like UI for streaming visual media, including streaming television, videos, and music apps in addition to some more traditional game and app offerings. SEI Robotics is taking things further still with the other ports mentioned above, allowing more traditional television services to be equipped directly through an antenna port, optical cable-based audio support, and a direct internet connection.

Premium or just all inclusive

While the new Android TV-empowered SEI Smart Speaker was announced at CES 2019, there are still plenty of details that are still unknown beginning with pricing and availability. SEI Robotics hasn't detailed exact specifications for the built-in speakers either and the inclusion of an optical cable could indicate that those are good enough to use the speaker in place of or alongside traditional speaker systems for television outputs. With consideration for those details that are known, the company's latest offering does seem geared toward the premium end of the smart home market segment. It could also turn out to be among the pricier offerings available due to its inclusion of two devices in one as well.