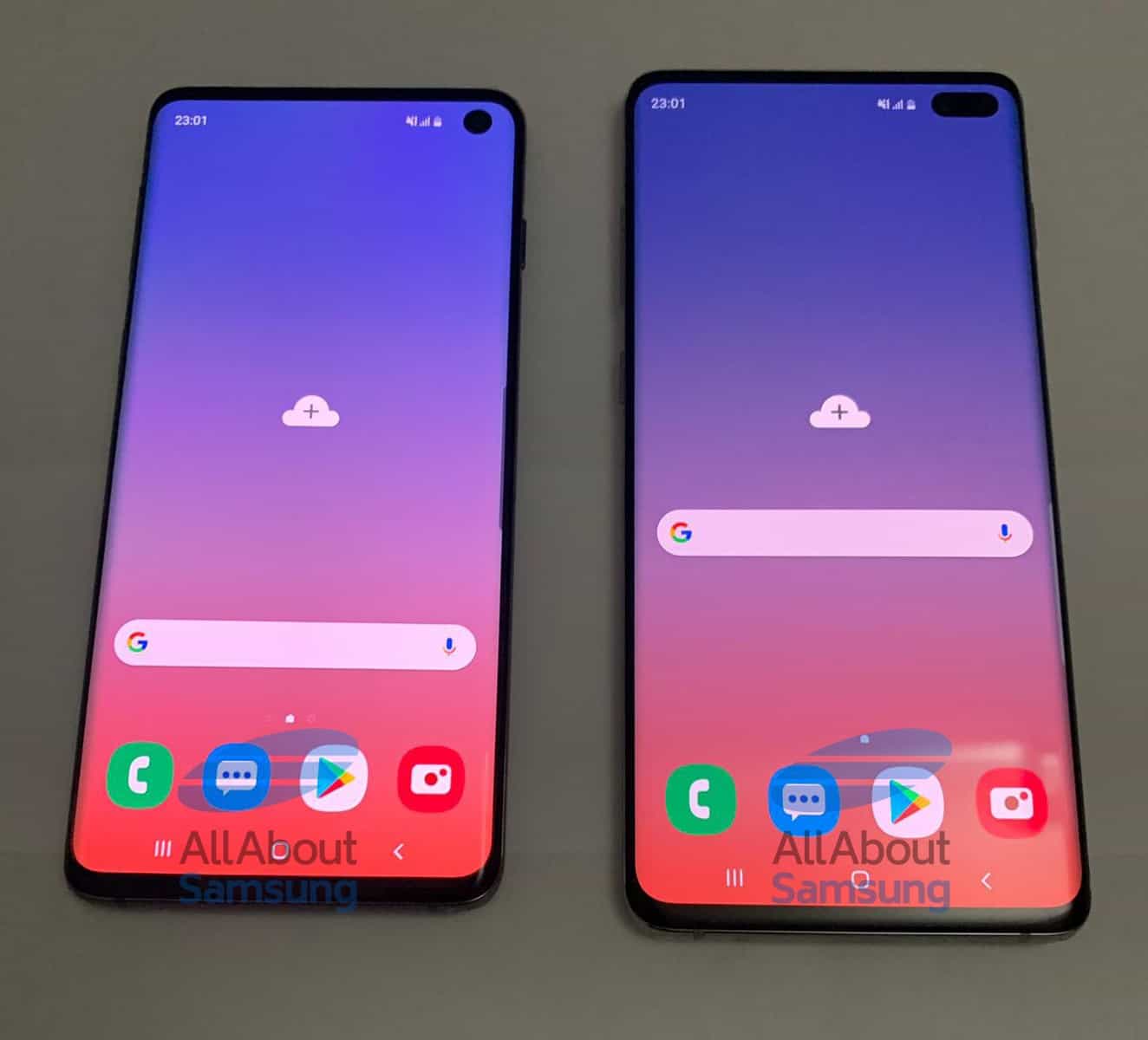 We're still about a month away from the Samsung Galaxy S10's arrival, and we've seen a ton of leaks when it comes to the Galaxy S10 series, none of them were as good as this one, though, at least not as the design is concerned. AllAboutSamsung website has just shared some exclusive real-life images of the Galaxy S10 and Galaxy S10+, and they reveal quite a bit of info, and give us all a great look at Samsung's upcoming flagships.

All the images that the source shared are included in the gallery down below, and as you can see, the Galaxy S10 and S10+ will look the same, save for one detail, front-facing cameras. The Galaxy S10 will sport a single camera in the top-right corner of its display, while the Galaxy S10+ will include two. These images also confirm that the phones will be made out of metal and glass, and that their displays will be curved, on top of sporting rounded corners. The two devices will also be different in size, but that is a given.

Needless to say, bezels on the Galaxy S10 and S10+ will be even thinner than on the Galaxy S9 and S9+, and the bottom bezel will be a bit thicker than the top one, it seems. On the right side of these two phones, you will notice a power / lock key, while the volume up, down, and Bixby buttons are located on the left. This leak also confirms that the two devices will include a 3.5mm headphone jack, and next to that port, which is located on the bottom of the two devices, you will notice a Type-C USB port, and a loudspeaker.

Now, if we take a look at the back side of the Galaxy S10 and S10', we will notice that they sport curved sides here as well, same as on the front, which was the case with their predecessors as well. Both phones will include three, horizontally-aligned cameras on the back, next to which you will sport an LED flash, and some additional sensors, one of which is probably a heart rate sensor. The two devices will almost certainly include identical camera setups on the back. You will also notice that a fingerprint scanner is nowhere to be found on the outside of these two devices, that's because it sits under the display, both of these phones will ship with an in-display fingerprint scanner.

Android 9 PIe will come pre-installed on both of these smartphones, and on top of it, you will be able to find Samsung's brand new Android overlay, One UI. Large batteries are also expected in these phones, while both of them will support wireless charging, and may even ship with reverse wireless charging feature.

Today's leak showed off the Galaxy S10 and S10+, but two other models are expected to arrive, the Galaxy S10E aka S10 Lite and S10X aka S10 X. The Galaxy S10E will be the most affordable Galaxy S10 variant, it will still ship with a flagship processor, but it is said to include a flat display, and a side-facing fingerprint scanner, on top of having two cameras on the back.

The Galaxy S10X, on the other hand, is rumored to be the company's very first 5G-enabled smartphone. It is also rumored to include a ceramic back cover, a 6.7-inch QHD+, Super AMOLED curved display, and 10GB / 12GB of RAM. That device may not arrive at the same time as the rest of the Galaxy S10 lineup, as it is said to launch at a later date. Speaking of which, the Galaxy S10 series will debut on February 20 in San Francisco, prior to MWC 2019.