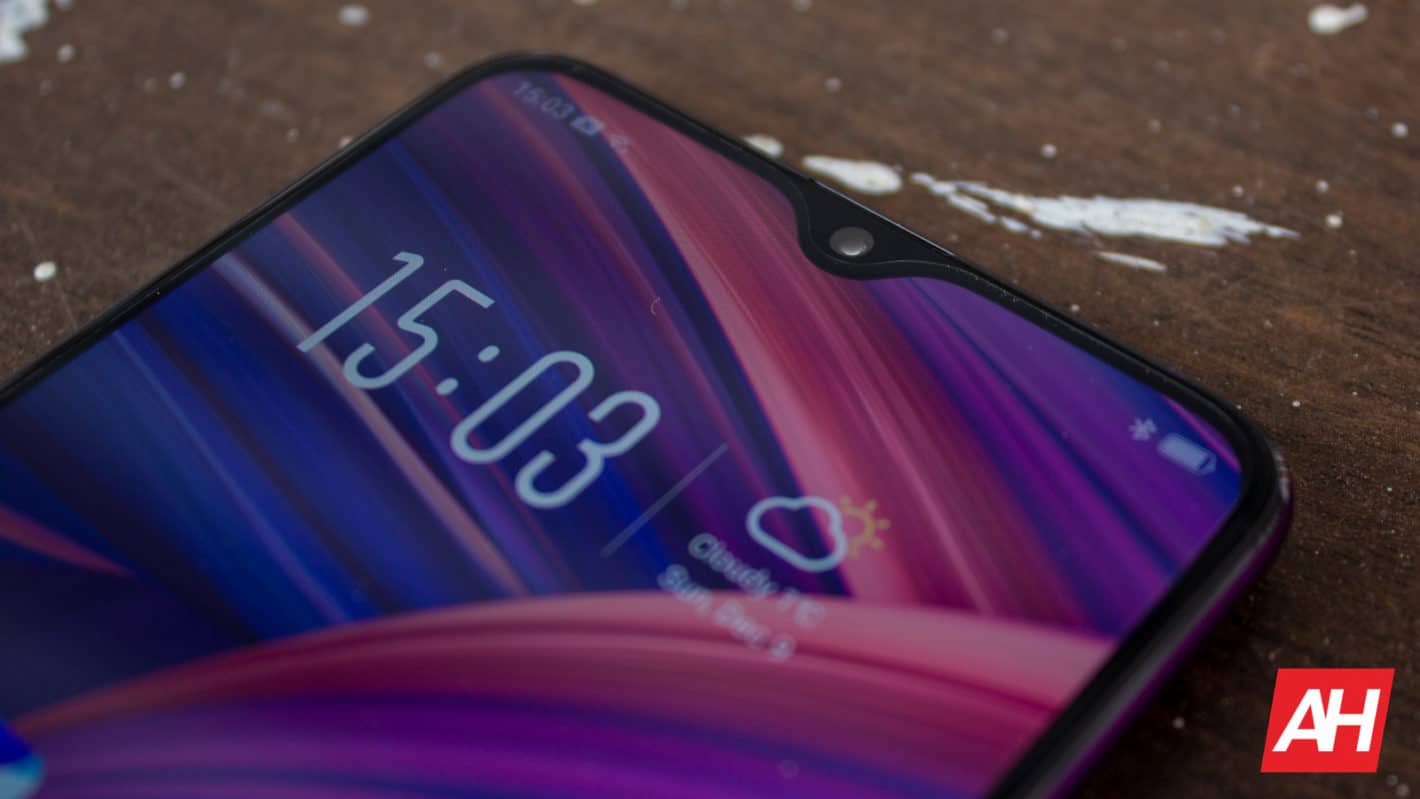 Inside the OPPO R17 Pro is a pair if 1,850mAh batteries, which add up to 3,700mAh capacity total. OPPO began this Super VOOC configuration with the upper-echelon configuration of the Find X in Fall of 2018, and now that same exact configuration is available in the R17 Pro as well. Super VOOC delivers a 40% charge in just 10 minutes, dwarfing the quick charging abilities of every other vendor on the market. Even a full charge from empty is done under an hour, meaning any amount of time you have to charge the phone will more than likely be enough. Super VOOC charging can only be done using the included power adapter and cable or another compatible one.

Battery life on the R17 Pro is fantastic and will get any user through a full day's use, no matter how light or heavy a user they might be. What sets the phone back, at least out of the box, is the overly heavy background task management that keeps most apps from running in the background. This is an old trick that Android OEMs used to use to artificially boost battery life, and it's one that simply doesn't make sense in 2019. Thankfully this can be completely turned off in the battery settings, but you'll still have to deal with some issues. First off, you'll need to lock each app in memory that you don't want ever closing.

For instance, I needed to lock Hangouts, (Google/Android) Messages, Discord, Slack, and Twitter via a swipe down on each app's tile in the Overview/Recents screen. While this will keep the app from closing in the background, you'll still have to deal with the incredibly annoying notification that reminds you about apps using "too much power" which, unfortunately, is not a notification that you can turn off.

The phone doesn't support wireless charging, despite having a glass back, so folks who prefer to charge wirelessly are simply out of luck. Glass backs aren't foreign to OPPO phones by any means, but glass is a material that's typically used to facilitate wireless charging, which makes its inclusion here a tad disappointing. On the bright side, using glass has given OPPO the ability to make an absolutely gorgeous looking gradient color that shifts and changes color as you move the phone. This particular model sports an incredible looking purple-to-teal face pattern, with dedicated colors on each side of the phone. OPPO uses a misted glass to achieve this effect to its fullest, but this misted texture has a huge downside over a traditional shiny glass back: it's slippery as all get-out.

I dropped the phone several times during the review period, and while the glass back only features a minor scratch, I ended up having to remove the pre-applied film-type screen protector because it tore on one of the drops. The included blue TPU case will help with this, as it improves grip considerably. The phone has a rather sizable camera hump on the back that, unfortunately, is a massive dust magnet and, like most camera humps, is difficult to clean off without washing. Since the phone isn't IP-rated for water or dust resistance, this process is probably a no-no too. The upside, outside of the visual beauty, of course, is the fact that it's near fingerprint-resistant and will even help deter smudges and other ugly cosmetic blemishes too. OPPO's haptic feedback motors could use some real work though, as they feel cheap and harsh when compared to phones from companies like Samsung, LG, Sony or Google.

Up front, you'll find the 6.4-inch OLED display with almost non-existent bezels. There's very little "chin" on the bottom, and the notch has been reduced to one only slightly larger than the 25-megapixel camera found in the middle, which OPPO dubs the "water drop" notch. This notch is considerably more aesthetically pleasing than other notch designs on the market and finally feels like a good compromise for having such small bezels everywhere else around the display. The display itself is an average OLED panel, with excellent colors and black levels, as well as perfect motion resolution and response time. Its biggest drawback is the brightness factor, which is somewhat difficult to see in direct sunlight, but it's also not the dimmest display on the market either.

What's hiding under the display is of paramount importance to both the design and display itself, and will immediately raise eyebrows with its rainbow gradient effect once the display lights up. This in-glass fingerprint scanner is about as good as most others, meaning that it's far slower and less accurate than the previous dedicated design of fingerprint scanners, with the offset that it not only looks cooler to use, but it helps shave off bezels and creates a more congruent design all around. Likewise, the face unlock option that's present is the same type of face unlock we've seen for a few years now, one which utilizes the single front-facing camera and works best in bright light. Face unlock at night will be hit or miss, depending on ambient lighting and how bright the screen can illuminate your face, but this is the least secure of all available unlocking methods on the phone simply because it's only working via a single camera.

Sound output quality isn't one of the forefront features of the OPPO R17 Pro, but that's not because it isn't good, it's just not a particular highlight. There's no 3.5mm audio jack, although a USB Type-C to 3.5mm adapter is included in the box. Support for Bluetooth 5.0 and all high-quality codecs like aptX and LDAC are supported, and the single bottom-firing speaker on the body is an average sounding speaker of this configuration. It's loud enough to get the job done and has reasonable sound reproduction that sounds quality enough for music in a pinch, but it's not going to deliver a memorable experience.

For the price, you might be surprised to find a Snapdragon 710 inside the OPPO R17 Pro instead of a Snapdragon 845. While most phones at this price range ship with the more powerful Snapdragon 845, OPPO continues to use upper mid-range processors in its flagship devices instead. This can certainly be considered a drawback for consumers, as they're not getting the performance that other phones in this class offer, but OPPO offsets that with faster charging and better cameras than other phones at this price instead.

At the end of the day, you'll be hard pressed to tell the difference between this phone and any other one that runs a Snapdragon 845 instead, as the 1080P resolution of the display ensures the processor isn't working too hard to deliver quality visuals at blazing speeds, and 8GB of RAM is more than enough to ensure excellent multi-tasking between apps. While OPPO still utilizes some silly methods of "saving battery" by killing background tasks, a design that seems to fly in the face of the decision to put 8GB of RAM in the phone, these methods can be fairly easily disabled without much fuss.

ColorOS 5.2 debuts with the R17 Pro and is built upon Android 8.1 Oreo and, as of this writing, sports the October 2018 security patch. OPPO is a bit behind on the major version of Android and likely won't see an Android 9 Pie update until closer to the time Google plans to unveil Android Q. Whether or not this is a real problem is up to preference, as OEM-created versions of Android like ColorOS sport more features and considerable visual differences when comparing stock Android, and most of the time those major Android version updates are to catch the base up with more full-featured manufacturer skins. Historically, OPPO has been fairly good about delivering quarterly security updates for its phones, and they've confirmed to us that the next firmware update is scheduled for the end of January 2019.

Aside from a slight visual refresh, ColorOS 5.2 brings Google Lens and Assistant integration at the system level, with quick options to launch Lens from the camera, and the usual ways to launch Assistant. OPPO is furthering the AI game with deeper AI integration into its camera and the overall multitasking experience on the phone. Smart Cleanup will suggest apps to pause, keeping them from running in the background, and even to install ones that haven't been used in a long time.

The best new addition is most certainly the new Smart Bar, which is a slide-out tab on the right side of the screen that contains several customizable shortcuts for everything from camera and screenshot to any app on the phone you want to instantly launch. The 6-icon grid can be scrolled, revealing additional pages of 6 icons that can be customized and includes tools, actions, and apps installed on the phone. This makes it easier to switch between common apps with the swipe of a thumb rather than having to go home or to the multitasking carousel.

While it's still on Android 8.1 Oreo, OPPO's software design in regards to multitasking is considerably better and more efficient than Google's latest redesign in Android 9 Pie. There's no doubt of the direct iOS influence in OPPO's design for the Overview/Recents screen, but it's a design that's significantly superior to Google's horizontally scrolling design and easily rivals that of Google's vertically scrolling carousel in previous versions of Android. Whether or not this excellent way of multitasking is kept when OPPO moves to Android 9 Pie remains to be seen, but we're hoping OPPO doesn't take up Google's terrible design choices and stays with their own instead. Some additional conveniences in OPPO's design when compared to Google's, for instance, is the ability to swipe down on any thumbnail in the carousel to bring up additional actions, which include locking the app into memory or running an app in split screen. The handling of animations is also significantly faster in OPPO's design without sacrificing aesthetic value too, giving OPPO another win in design.

OPPO's decision to price to R17 Pro higher than its highest direct rival, the OnePlus 6T, is certainly an interesting one, but it makes sense if you look at the whole package. While the OnePlus 6T will please folks looking for raw speed and the customizability of OxygenOS, OPPO's R17 Pro offers a better experience everywhere else. The cutting-edge Time-of-Flight camera tech is underutilized, to say the least, but the rest of the camera experience is one that rivals phones retailing for several hundred dollars more in many ways. Low light performance, in particular, is a surprisingly solid experience, thanks in part to using variable aperture tech as well as a sensor with large pixels and a brand new night mode.

There's no way you could miss this one in a crowd of smartphones though, and it remains one of the most unique looking phones on the market with its multicolor frame and fogged glass back. It's also got super tiny bezels and only a small waterdrop notch up top, all with a stunning OLED screen and speakers that are good enough in most cases. ColorOS is still one major version of Android behind, but it has plenty of features that stock Android doesn't have, as well as a significantly better multi-tasking experience than stock Android 9 Pie. ColorOS isn't for everyone, but if that's not a deterrent, you're looking at one of the better budget flagship phones money can buy.