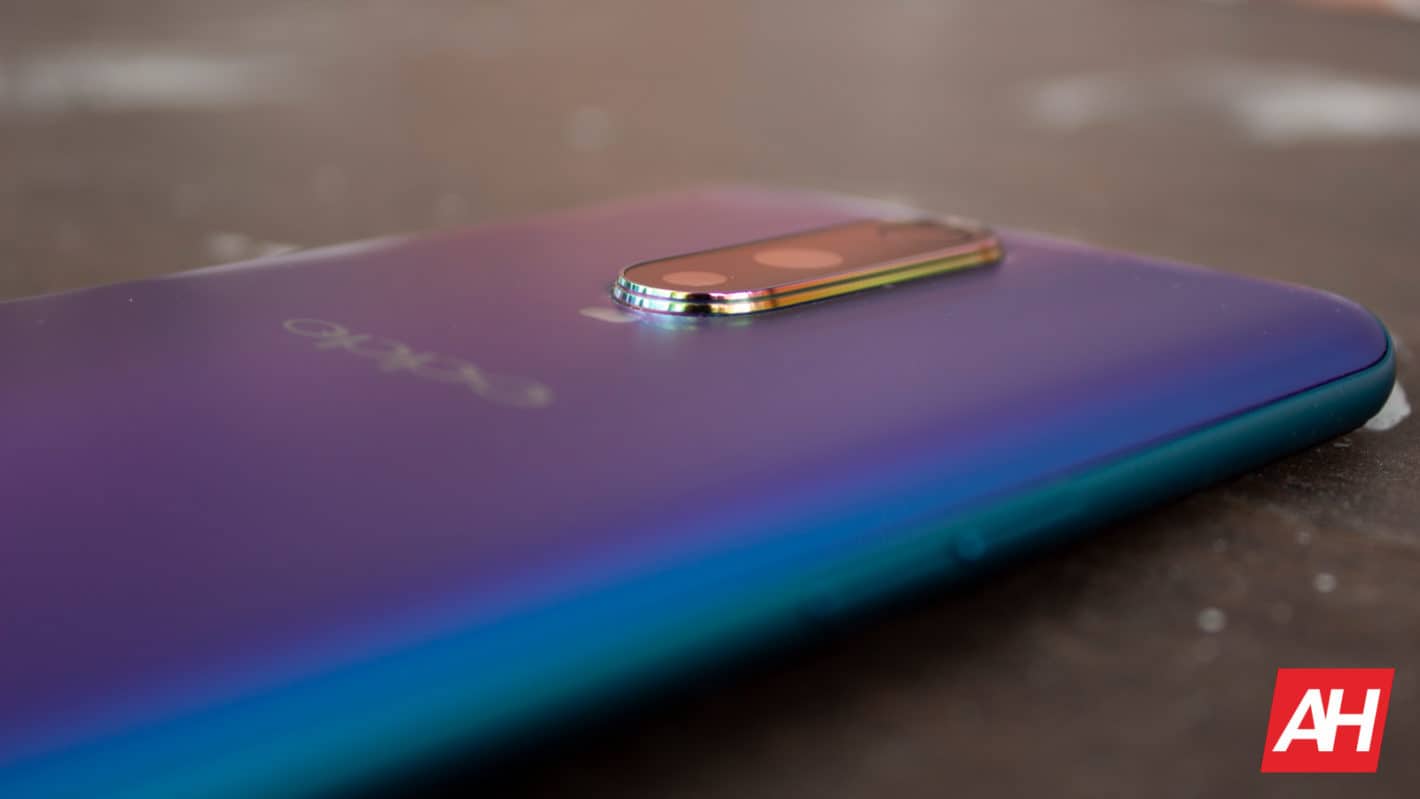 There's no doubt the most obvious eye-catching part of the phone is the build, but outside of a unique color scheme, this isn't actually the biggest selling point of the phone. Rather, it's the triple camera system on the back, but this is different from the triple camera system Huawei uses on either its P20 or Mate 20 lines for a number of reasons. First off are the main sensors, which are more in line with the regular P20 and Mate 20 when comparing sheer specs. The 12-megapixel main sensor utilizes a Sony sensor with 1.4-micron sized pixels on a 1/2.55-inch sensor with OIS, sitting behind a variable lens that can adjust to either f/1.5 or f/2.4. The secondary camera is a 20-megapixel sensor behind an f/2.6 lens, while the third camera isn't a traditional camera at all, rather it's a new kind of technology called a Time-of-Flight (TOF) camera. This camera can capture 3D depth information by emitting infrared light and measuring the time it takes for said light to reflect back into its special sensor. OPPO is the first manufacturer to launch a phone with a TOF camera, and definitely won't be the last given Sony's official stance on the tech.

The unfortunate side of things is that OPPO isn't utilizing the TOF camera for much at this point in time. The Chinese variant of the phone launched with a 3D scanner that utilizes the TOF camera to scan real-world objects into virtual 3D ones in real-time, similar to what Sony began on their Xperia line a few years ago. The difference is that this TOF camera is specifically built to detect depth information like this, while Sony's original implementation was all done through software interpretation of two-dimensional camera data. OPPO is readying a firmware update that enables this feature for the International version, which is the model we have for review, however, since it's not currently available on this model we're not able to review its efficacy or speed. Regardless of the performance, this mode is going to remain a niche function for some time, as there's little that can be done with these 3D objects beyond simple sharing of imagery at this time.

While a lot of the physical design aspects are similar to the OnePlus 6T, the camera configuration is wholly its own thing. In fact, OPPO has specifically focused on the camera experience for the R17 Pro, and it shows in the results. The only other phones on the market with dual-aperture support, at this time, are the Samsung Galaxy S9 family, and the Samsung Galaxy Note 9. Dual aperture serves a rather fantastic purpose that may not be obvious at first. In good lighting conditions, the phone will utilize the f/2.4 lens inside to help guard against the distortion that low f-stop lenses tend to have, especially circular warping elements toward the edges.

If you've ever taken a picture of an object up close on a smartphone camera that has a very low f-stop rating, you'll recall the distortion that becomes apparent anywhere outside of the direct focal point of the shot. f/2.4 seems like a rather high number when compared with the industry standard of f/1.6-2.0 that's used on most smartphones, but this higher rating is still low enough to suck in lots of light without compromising on the distortion. The results are immediately obvious when compared side-by-side with other phones. OPPO's processing, on top of the excellent use of lenses, produces some incredible shots that feature phenomenal colors, excellent dynamic range, and very low distortion around the edges.

What are you not getting? First, there's no telephoto zoom lens on the secondary 20-megapixel camera around back. Second, no option for 4K recording at 60FPS. Lack of 60FPS recording at 4K is particularly a shame because the stabilization at 4K isn't very good, and 60FPS would have at least helped it feel a bit more smooth. The lack of a telephoto lens on that secondary sensor is a bit odd, but it's something OPPO and OnePlus started experimenting with last year to provide enhanced low light performance by taking multiple photos and combining them for brighter and more detailed imagery. Lack of telephoto means zooming in is going to have significantly less detail versus phones with a telephoto lens, but the hybrid low light photography is really something special when combined with the main sensor. In fact, that main 12-megapixel sensor is the same kind of dual-aperture configuration as you'll find on the far more expensive Samsung Galaxy S9 and Note 9 lines, and works wonders for low light performance and quality when compared to many other phones, even far more expensive ones.

Unlike Samsung's camera app, you cannot manually change between the f-stop ratings on a whim, rather they're all done automatically when it detects the light is too low for the f/2.4 lens. To further this automated process, the new night mode will also activate automatically when it detects things are really dark, and it's these scenarios where the OPPO R17 Pro really shines. Night mode is quickly becoming an industry standard since Huawei started it with the P20 last year, and these modes have gotten exponentially better over that short timespan too. OPPO's works more like Google's method in that it takes one shot up front, helping to preserve movement detail in shots where movement is happening, and then takes several longer exposure shots after that to bring in the light. The result is a stunning example of how software magic can really enhance good hardware, and despite the price, the R17 Pro ranks among the absolute best low light performers on the market, and that's something really impressive to say. The automatic Night Mode could be a little more aggressive though, as switching to Night Mode manually will still yield better results.

There's no fancy HDR recording either for a similar reason, and slow motion is capped at a maximum quality of either [email protected] or [email protected] 480FPS is a fantastic alternative to the super slow-mo options found on other more expensive phones like Samsung's 2018 lineup or Sony Xperia flagships, as it will record a full minute of 480FPS video, allowing you to later slow sections down or speed them up. Phones with super slow-motion recording require you to choose the slow-motion segments while recording, which means you could easily miss the moment if you're a split second off when pressing the button to record.