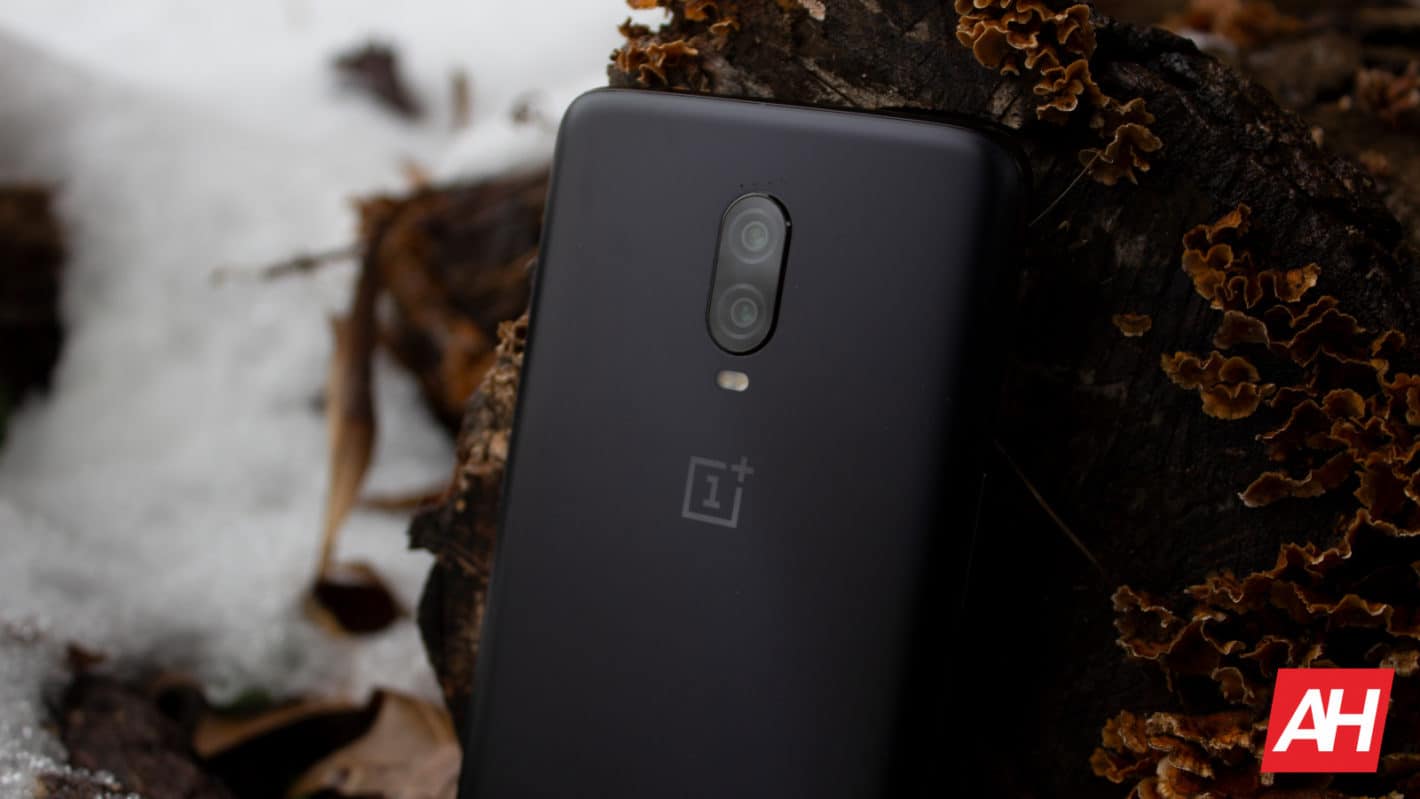 Android 9 Pie brought about some big changes in several ways, the biggest of which include sweeping changes to multitasking, the addition of official gesture-type navigation, a new "AI-powered" battery and background app management utility, as well as the ability to set timers and other usage limits on apps. The OnePlus 6T includes all of these except the last part, called Digital Wellbeing, but there's always the possibility that this could be added in a future update.

OnePlus’s primary marketing push this year has been “The Speed You Need,” modified slightly to “Unlock the Speed” with the OnePlus 6T. There are two problems out of the box that directly contradict this major marketing point though: Overview, and a new setting called “Smart Boost.” Smart Boost is found in the “OnePlus Laboratory” section under utilities and is described as a way to take advantage of the large amount of RAM included on all OnePlus phones.

The results aren’t what I expected though, and I often had apps randomly close in the middle of using them, and in general, this setting seemed to wreak havoc with the actual multitasking performance of the phone rather than help. While this is part of the “labs” section, it was enabled by default and, thus, will likely drive some people crazy out of the box if it misbehaves as it did for me. This setting can be easily turned off though and completely solved the issues I had.

The other issue is somewhat related to the Android 9 Pie update, but as Pie now allows the home launcher to completely handle the design of the multitasking Overview screen, this one is completely down to OnePlus allowing a silly design philosophy to ruin their trademark speed.

The new Overview design scrolls horizontally, something that’s preferable for some folks, but the issue isn’t the horizontally scrolling tiles, it’s the massive size of each tile. Opening Overview will shrink the currently active app into a thumbnail tile, something that’s not new at all, but this tile isn’t much smaller than when the app took up the entire screen, resulting in a design that only shows one full tile at a time on screen. Switching between multiple apps becomes quickly problematic with this design, as it’s impossible to see any additional apps in the carousel of tiles and only a small sliver of the apps on the left or right side of the one in focus.

This is a problem we’ve had with most phones powered by Android 9 Pie, as Google’s stock design is almost identical to OnePlus’s. OnePlus added a nice animation to the carousel that grows and shrinks tiles to make them easier to identify, but this is still a significantly slower way to switch between apps when compared to what’s been present in Android for years.

Thankfully, this problem has a relatively simple fix, but it’s not one that can be achieved without installing third party software; a solution that no manufacturer should force users to make. Installing just the previous generation OnePlus home launcher changes Overview back to the significantly faster vertical carousel without having to modify some crazy system settings or needing root access, and any third party launcher will act as a home screen replacement for OnePlus’s built-in one.

Battery life has been improved over previous generations thanks to the inclusion of a 400mAh larger battery than the OnePlus 6, as well as software improvements directly related to battery life in Android 9 Pie. Android 9 Pie marks Google’s continued move toward an AI-driven operating system, and part of this is the adaptive battery tech included, but the important Digital Wellbeing feature is nowhere to be found.

This feature, found in quite a few phones that are powered by Android 9 Pie, helps battery life and concentration by allowing the restriction of apps based on usage time. Digital Wellbeing isn’t the only thing missing either though; you’ll also find the absence of ARCore for advanced Augmented Reality experiences and a lack of HD or HDR playback in some popular video streaming apps.

OxygenOS, OnePlus’s own version of Android, has received a fresh coat of paint and a facelift that’s mostly a positive set of changes. Gorgeous new animations throughout the system, including transitions between windows and menus, and even beautiful swirling lines in the dialer, help make the experience more complete and consistent than ever. Aside from the negative change in multitasking though, OnePlus’s slightly revamped theme engine is a bit of a letdown as well.

In previous versions of OxygenOS you could choose between light and dark mode, or allow it to automatically change depending on the time of day. You could also choose the accent color for each of these modes, which would colorize icons and various other UI elements a specified color while the rest of the UI was white or black. This time around these options are severely limited, and while you can still choose between light and dark modes, the accent color options are simply not as robust as before.

OnePlus improved the display notch over the OnePlus 6 released just a few months ago, as the notch is significantly smaller and only contains the front-facing camera this time around, with the earpiece and other sensors located in the tiny bezels on the top.

In fact, the bezels all around the OnePlus 6T are among the smallest in the industry, and the display itself looks rather good too. This isn’t the best OLED display on the market, but it’s more than good enough at a sharp 402 pixels-per-inch density, and the ability to easily calibrate the colors away from the overly cool calibration it has out of the box. This panel displays HDR10 video in supported apps, which at the time of this writing only included YouTube.

Part of showcasing tiny bezels on a phone lies in keeping app content as full-screen as possible, something that software navigation buttons obviously aren’t very good at doing. Even Google’s new gesture-lite navigation in Android Pie doesn’t solve this problem, but OnePlus already did that all by itself with an update to its OxygenOS skin earlier this year for the OnePlus 5T, and those same gestures are included with the OnePlus6T, this time with some added flair.

Classic dedicated software navigation buttons are still the default style out of the box, and represent the fastest, most customizable form of navigation on the phone. The button order can be swapped, and each button can be given a custom action for both long-pressing it and double pressing it, bringing the total number of possible actions to 9.

OnePlus’s camera experience has evolved substantially over the past year and now represents a consistently excellent experience all-around. New to the experience is Night mode, something that’s being added into older OnePlus phones with the Android 9 Pie update as well. Night mode builds upon what OnePlus began last year with the OnePlus 5T, which used the secondary sensor to capture multiple exposures and stitch them together through software, brightening the image and reducing the image at the same time.

That same concept has been taken up a few notches this year, as the Night mode will take several exposures over the span of a few seconds and stitch them together for a significantly brighter, cleaner image. This also results in an image with wider dynamic range, so those light sources in dark areas won’t be a giant glowing ball that overtakes everything else in the scene.

Outside of this you’ll find nearly identical performance to the OnePlus 6, as it sports the exact same hardware as that phone, and the only differences are going to be found in software. Since the OnePlus 6 is also on the same version of OxygenOS as the OnePlus 6T, there’s going to be no difference between the two phones in terms of photo or video quality. You’ll find the same excellent performance during the day, and mostly great performance in lower lighting conditions, even just using the auto mode instead of Night mode.

OnePlus excels at color accuracy versus many other smartphones, creating photos that look realistic and gorgeous rather than overly saturated and unrealistically colorful. This is particularly obvious in low light situations where many phones increase saturation in order to hide the side effects of low light, which typically include reduced color accuracy and extra noise.

Video performance is really quite excellent and marks a vast improvement over recording quality and options from just a year ago. Much like the photo mode there's no difference at all when comparing to the OnePlus 6, which was released a few months ago, so folks that own that phone won't have anything new to look forward to in terms of features or quality improvements.

Even so, OnePlus is delivering phones that excel at recording in all sorts of lighting conditions, with good recording quality, excellent hybrid optical and digital image stabilization, accurate colors and contrast, and just a general overall good look at up to 4K resolution at 60FPS. Even slow-motion is something worth noting as well since the phone supports 480fps @ 720p quality or 240FPS @ 1080p quality, with the option to record a full minute of slow-motion video and edit the slow parts after filming. Check out the gallery below for a full set of comparisons.

What does the OnePlus 6T represent? Some very cutting-edge tech, better distribution among retail partners, especially in the US where it’s finally available officially at T-Mobile, and the promise of an excellent experience for less money, albeit without some of those extra features that some folks might find to be a requirement at the end of 2018. Much of the experience found here is almost identical to the OnePlus 6 in every way.

In fact, the OnePlus 6 offers a better value in some key areas, especially since OnePlus is selling it for $100 off right now on its website. The OnePlus 6T has better compatibility with Verizon in the US though, something the OnePlus 6 was spotty about, and the larger battery and smaller notch might be enough to sway some to pick the 6T instead.

Still, it’s hard to argue with the lower price, considerably faster and more accurate fingerprint scanner, and the inclusion of a 3.5mm audio jack on the OnePlus 6. Either way, you’re getting a solid phone that continues to be one of the absolute best values in the industry, especially with OnePlus’s tight software update schedule.