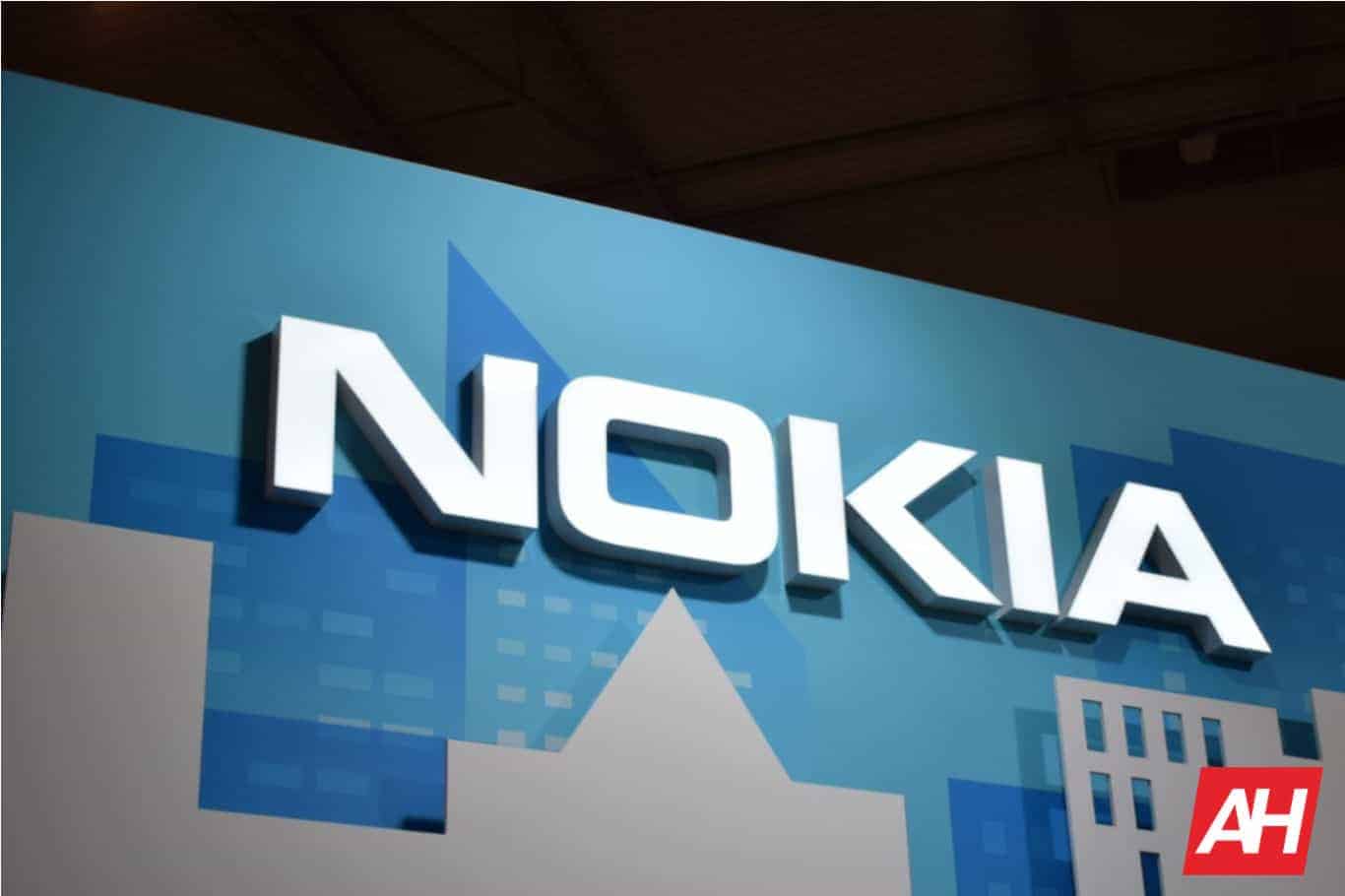 HMD Global, the manufacturer of Nokia-branded smartphones, released an infographic that details the development process of operating system updates for its devices. While most of its handsets are part of the Android One program, HMD Global still performs its own testing and development to ensure that the software works properly with its products before releasing the software to the public. The first step in the development of the operating system updates starts from Google, which supplies the software code to chipset makers like MediaTek and Qualcomm. The semiconductor companies then develop an updated version of the hardware abstraction layer (HAL), a software that allows the Android operating system to communicate with the hardware of the handset. Interestingly, Project Treble, a feature introduced with Android 8.0 Oreo, allowed device makers to release updates without having to wait for chipset producers to update their firmware. However, since some of HMD Global’s earlier handsets launched with Android Nougat, the device maker will have to delay releasing updates for some of its products until semiconductor companies release the latest firmware. The company further said that one of the reasons why some handsets get updates first is because chipset makers prioritize specific processors in the development of firmware updates.

After the chipset makers release updated firmware, HMD Global will now start its work on the operating system upgrade. The company will begin by incorporating proprietary features into the Android OS, which may include functionalities that improve the usability of its cameras. However, since the company uses a near-stock implementation of the operating system, the device maker does not spend much time at this part of the process. The software then undergoes testing by the developers in its laboratories and 120,000 volunteers that take part in its beta program. HMD Global’s staff also test the performance of the smartphones in the field, with the company testing the impact of the operating system upgrade on the handsets’ data and voice connectivity.

After HMD Global finishes its testing of the operating system upgrade, the company will then forward the software to certifying agencies like the Wi-Fi Alliance and the Bluetooth SIG to ensure that the update conforms with the wireless standards. Furthermore, carriers will also test the software upgrade to ensure that the device will still connect with the service providers’ networks after updating to the latest OS version. However, this step is omitted in non-operator markets, which means that these regions receive the software package sooner. After the certifying agencies and carriers approve the software package, HMD Global may now start distributing the update to eligible smartphones.

Background: The amount of work needed in developing and testing operating system upgrades could explain the delay in the distribution of the latest OS versions to supported devices. Furthermore, handset makers often must deal with factors that are out of their control, which include the chipset manufacturer’s prioritization of its processors and the testing schedule of the carriers and regulatory bodies. Nonetheless, there are efforts to improve the current state of Android updates. Google’s Project Treble aims to reduce the dependence of the device makers on chipset manufacturers, while the Android One program allows companies to incorporate the near-stock Android experience into their smartphones. Google also partnered with semiconductor firms to ensure that drivers of the chipsets, known as the Board Support Packages, will support future implementations of the Android Open Source Project.

Impact: The infographic highlights the factors that affect the development of operating systems upgrades, although it also shows the steps that stakeholders may modify to reduce delay in the distribution of OS updates. Consumers may expect that more features aimed at decreasing the development time of software upgrades will be introduced in future versions of the Android operating system, which results in improved usability and the security of the smartphones. 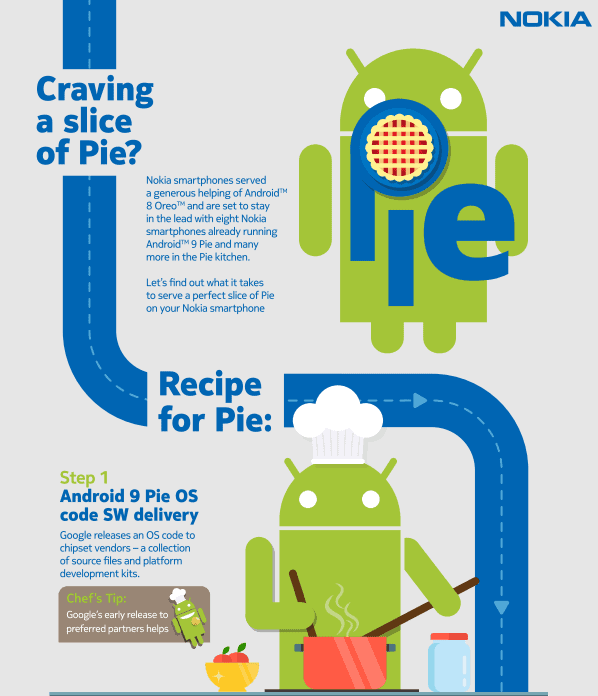 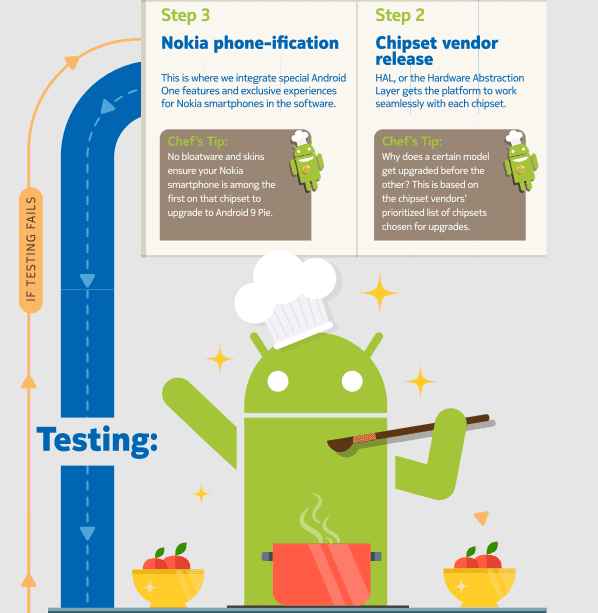 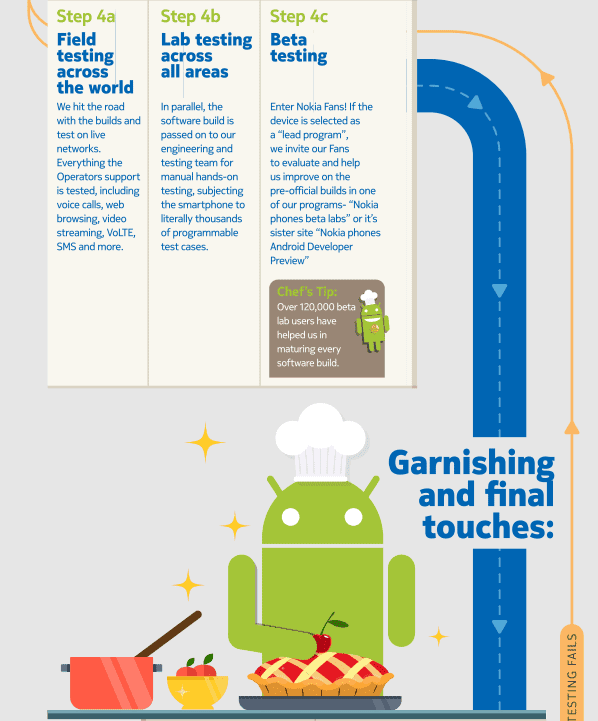 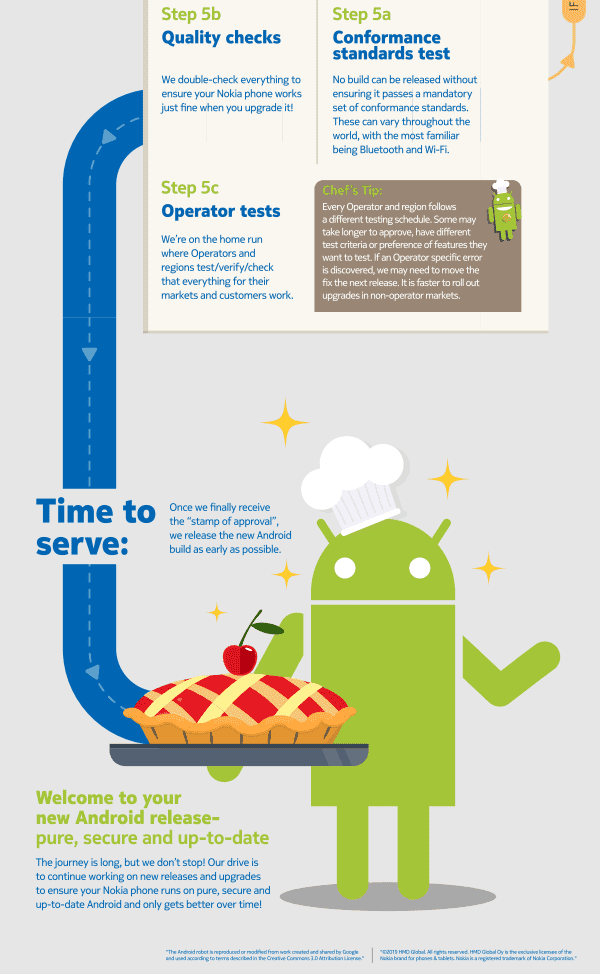