Skip to content
Advertisement
Trusted By Millions
Independent, Expert Android News You Can Trust, Since 2010
Publishing More Android Than Anyone Else
23
Today
219
This Week
219
This Month
5498
This Year
123046
All Time
Advertisement 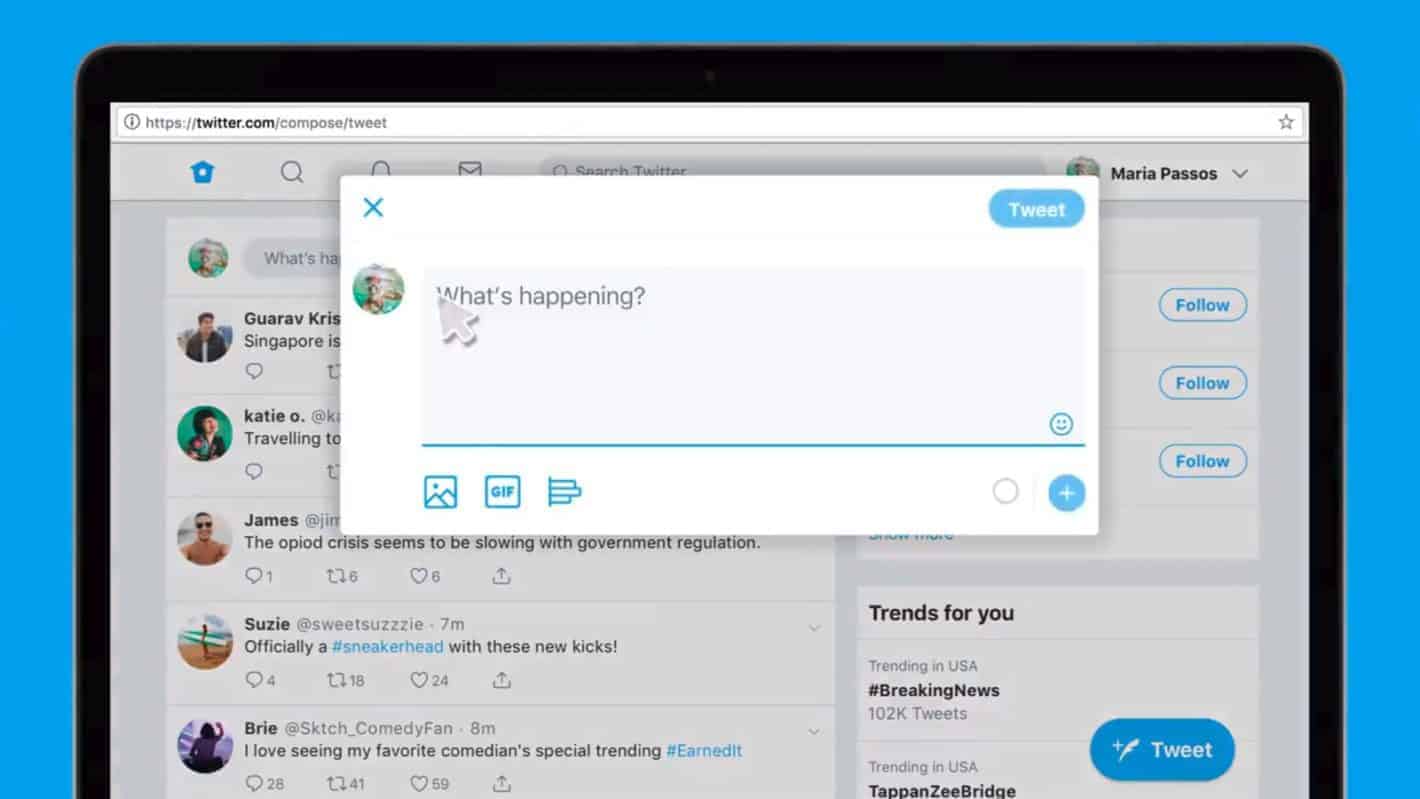 Twitter announced that a brand new web interface is coming, and the company also said that some users are already testing it. The company shared the new via… you guessed it, Twitter, and it also shared a short video showing off the new interface. That is a one-minute long video, and you can check it out down below, as it’s embedded, along with Twitter’s post.

In this new interface, Twitter has included an emoji button, quick keyboard shortcuts, upgraded trends, advanced search, and much more. The general layout of the web interface is now different as well, as it looks considerably simpler, which was the company’s goal.

Now, at the moment, you have a three-column view on Twitter, basically, and it has been like that for a long, long time. Well, Those three columns will be replaced by a two-column design which does look much simpler, and cleaner at the same time, though it will be just as functional as the “old” layout.

We’ve listed the main changes above, and it’s worth noting that some of them will actually contribute to you being more productive on Twitter, especially keyboard shortcuts. You will be able to navigate Twitter.com quickly without using your mouse all that much, presuming you’re used to utilizing keyboard shortcuts, of course.

The dedicated emoji image will allow you to access emoji quickly, as it seems like people simply love to use emojis these days. The trend section is now at the palm of your hand as well, just in case you’d like to keep up with today’s trends, and we don’t know much about “advanced search” that the company mentioned, but it does sound promising, so we’ll see if it’s well-integrated or not.

Twitter did not say when will this new layout roll out to everyone, but it did mention that some users got the option to opt-in for a test period, so some of them are already rockin’ this layout, so chances are it will start rolling out to everyone in the near future.

What About Editing Tweets?

This is probably a change that many of you thought of when you noticed this article, but no, Twitter is not allowing us to edit tweets, at least not yet. The company’s CEO did mention last year that the company is considering the move, but he also said that we should not expect such a feature in the near future, as Twitter is figuring out the best way to implement it.

The company’s Android application received a rather interesting update about a week ago, as you can now switch between latest and top tweets within the app. Needless to say, this is quite a useful feature, as most people still want their feed to be reverse-chronological, and want to see all tweets from their contacts, while others want only the very top tweets (according to Twitter), and luckily, there’s an option that lets you choose now.

Twitter has seen some other changes last year, and it remains to be seen what will happen throughout 2019. The company seems to be on the right path, and you can expect the “tweets edit” feature to arrive sometime this year, at least that’s what we’re expecting.

A new https://t.co/fHiPXozBdO is coming.

Some of you got an opt-in to try it now. Check out the emoji button, quick keyboard shortcuts, upgraded trends, advanced search, and more. Let us know your thoughts! pic.twitter.com/G8gWvdHnzB