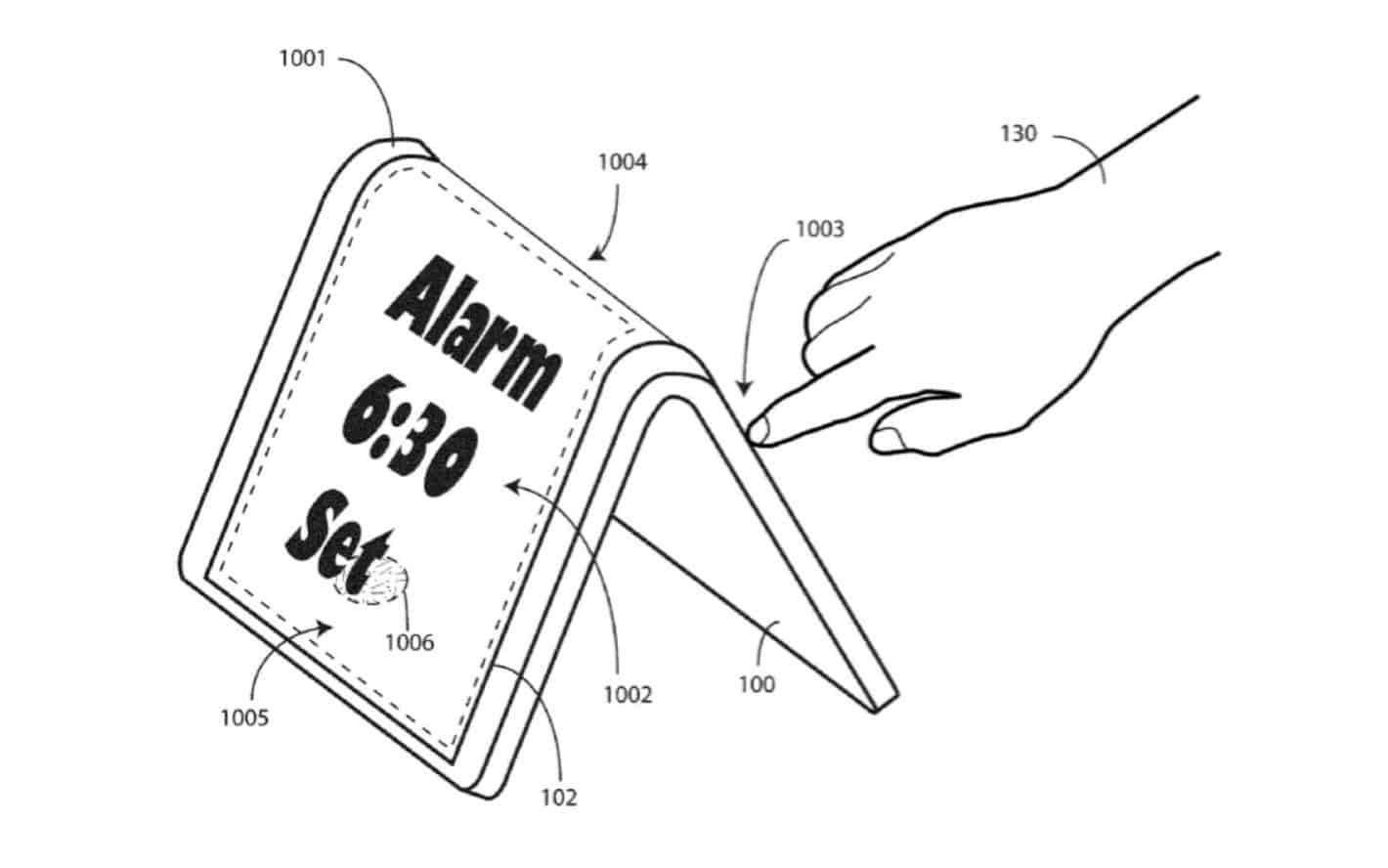 Motorola is pondering the best way to enable users to interact with both sides of a folding smartphone or tablet hybrid in a new patent that's shown up at the World Intellectual Property Organization (WIPO). The recently published patent describes a method for allowing a handset or tablet to flex and bend not only along a designated area but how to allow interactions on both sides of the device when folded.

Some of the gestures and touch controls described by Motorola and shown in patent images is similar to how users already interact via Android. For example, users could double tap the rear-facing portion of the display when the handset is folded to tap an item on the opposite side of the device. Gestures on the back can also be used to slide out or expand the notification shade for more typical one-handed operation.

Not a typical one-sided approach

Motorola's approach is already far-removed from how other OEMs have considered implementing folding smartphones but it doesn't seem to stop with allowing the second part of the display to be used for inputs either. Other manufacturers are mostly looking at how to reallocate on-screen content.

Samsung's patents and upcoming folding screen highlight that best since the company worked directly with Google to create the parameters for Android with those gadgets. For the most part, that pertains to how the system will reorganize and resize the UI as a device is folded and unfolded.

Samsung has also explored using the natural separation created by an inward fold to change interaction. Users would be able to reorder content on the left and right portions of the display in tablet mode and even open two apps with one on each side. The display elements would reorder themselves and be adjusted based on the way a user wants items split.

Other companies' patents have followed a similar pattern for the most part and other patent filings from across the board have chiefly pertained to the method for folding the handset itself.

Motorola goes further by allowing both sides to be used when bent so that the display occupies both the front and back of a device. That would have the added benefit of allowing users to interact with both with a higher degree of separation. The associated images showcase one side of the display showing an alarm clock, for example, while a user can interact with other apps on the back half. When opened up completely either one or two apps can be displayed.

The concept is expanded further by using the built-in camera and sensors to recognize when a user flips the folded handset over. That means that two apps can be running at the same time while processing power and interactivity are enabled or not based on which side of the device the user is looking at.

Don't expect this to appear any time soon

The concepts expressed in Motorola's latest patent are unique and arguably among the most intriguing but it's a safe bet folding Moto phones won't appear in the real world any time soon, at least for the average user. The most recent news from the company on that front indicates it may be close to reviving its ultra-thin Razr lineup to unveil its own folding smartphone technology.

There aren't too many details available on that device and certainly not enough to determine if something like the recent patent will be used in its design. But the company has been said to be preparing that handset at a price point of around $1500, placing it well above what most consumers will pay for a smartphone.

Other companies are busy outlining plans to launch at least one folding smartphone this year. Samsung is the most prominent example with its tentatively titled Samsung Galaxy F handset, expected at or just before MWC 2019.