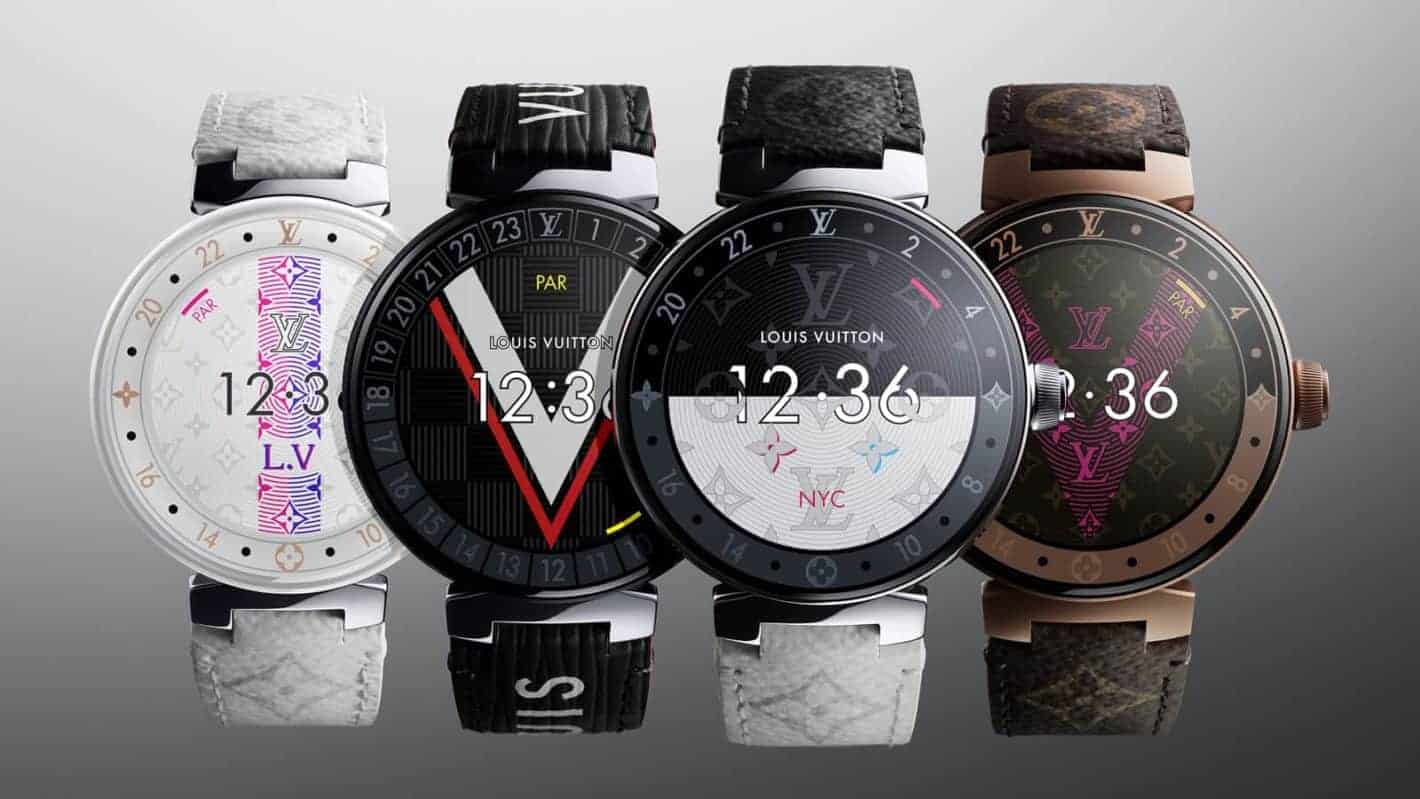 Louis Vuitton has relaunched its Tambour Horizon series connected watch with new style configurations and two new watch faces, according to a recent Twitter post from the company. Initially launched in 2017 for around $2500, the 42mm watch is now available in Monogram Brown, Pure White, Monogram Eclipse, and Matte Black.

Discerning buyers can pick up the first two styles with a Canvas, Canvas-Taurillon, Rubber, Monogram Vernis, Alligator, or EPI band. The latter two styles can be purchased with a Canvas, Rubber, Calf, Alligator, or EPI strap.  A second band can be selected for purchase at checkout, to ensure there’s a strap for every occasion or to match any look.

In addition to standard colors, each of the watch band styles is available in a number of additional options, ranging from straightforward, branded colors to signature travel-oriented designs. Each style has its own array of choices, allowing buyers to truly match their style.

The new watch faces include an animated tribute to The Wizard of Oz, designed by Virgil Abloh and featured in the Men Spring-Summer 2019 collection. That collection will also showcase a new space-inspired theme featuring an astronaut over a monogrammed galaxy backdrop. A celebratory face for the Celebrate Chinese New Year — designated the Year of the Pig is launching for the new year too.

No, you can’t afford it

Louis Vuitton hasn’t provided any information about whether or not pricing here has changed but the official page for each of the styles seems to indicate that aspect of the devices hasn’t moved since launch. The watches are designated for sale in-store or by phone only and the purchase page only shows a button for visitors to click to make that call.

The obvious implication here is that the cost is probably too high for potential buyers who need to ask about the price. It may be safe to assume that hasn’t moved much since the previous launch.

The pricing is not unexpected, however, and the eloquent combination of Louis Vuitton styling and build quality with Wear OS’s customization makes this one of the most stunning Android-powered smartwatches on the market.

The wearable technology industry hasn’t moved much since the previous iteration of this particular wearable so, aside from a processor update, it doesn’t seem likely that many changes have been made.

Louis Vuitton has indicated that the 1.2-inch round, 12.6 mm-thin design includes a sapphire covering at the front instead of the more standard glass seen in the previous version. That AMOLED panel retains the resolution of 390×390 found in the prior version and water resistance for the housing is set at up to 30-meters.

A Qualcomm Snapdragon Wear 3100 chipset SoC drives the watch, up from the Snapdragon 2100 included in the previous generation of the wearable. That’s backed up by a solid 1GB RAM and 8GB storage, approximately double the space and memory found in competing wearables.

Those components allow for approximately a day of standard Wear OS use, with a time-only mode kicking on at 15-percent charge remaining. That mode allows the 300mAh battery in Tambour Horizon to run for up to 5-days, the company claims. 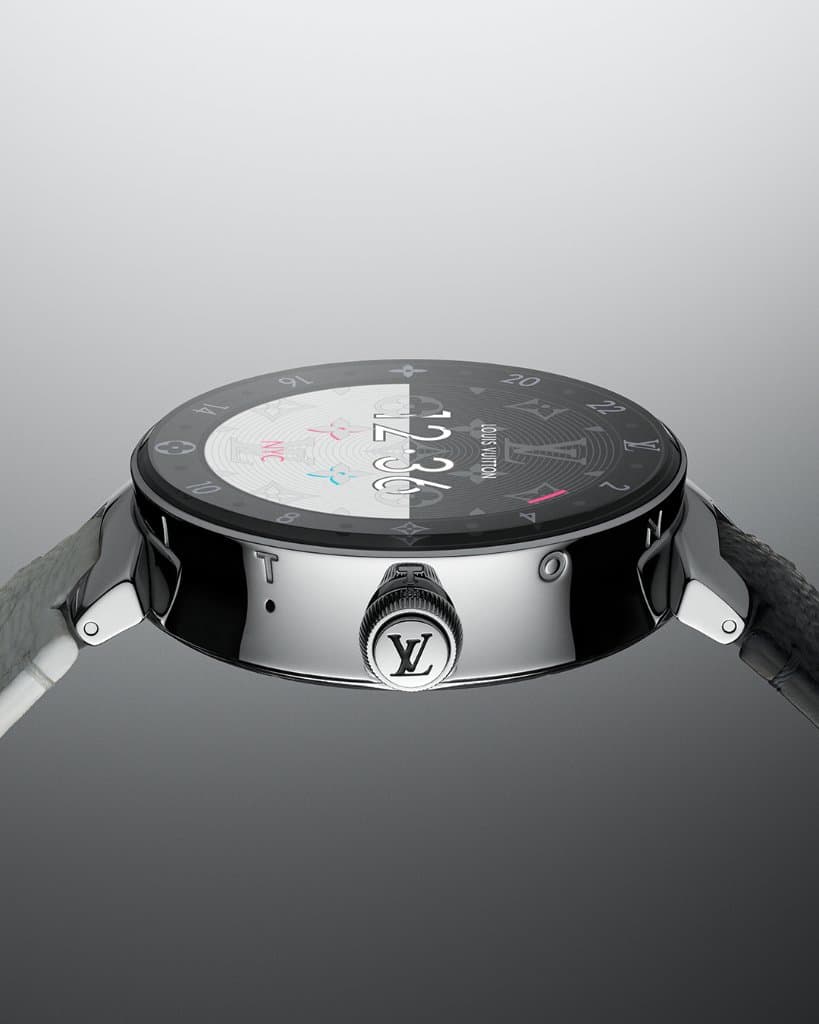 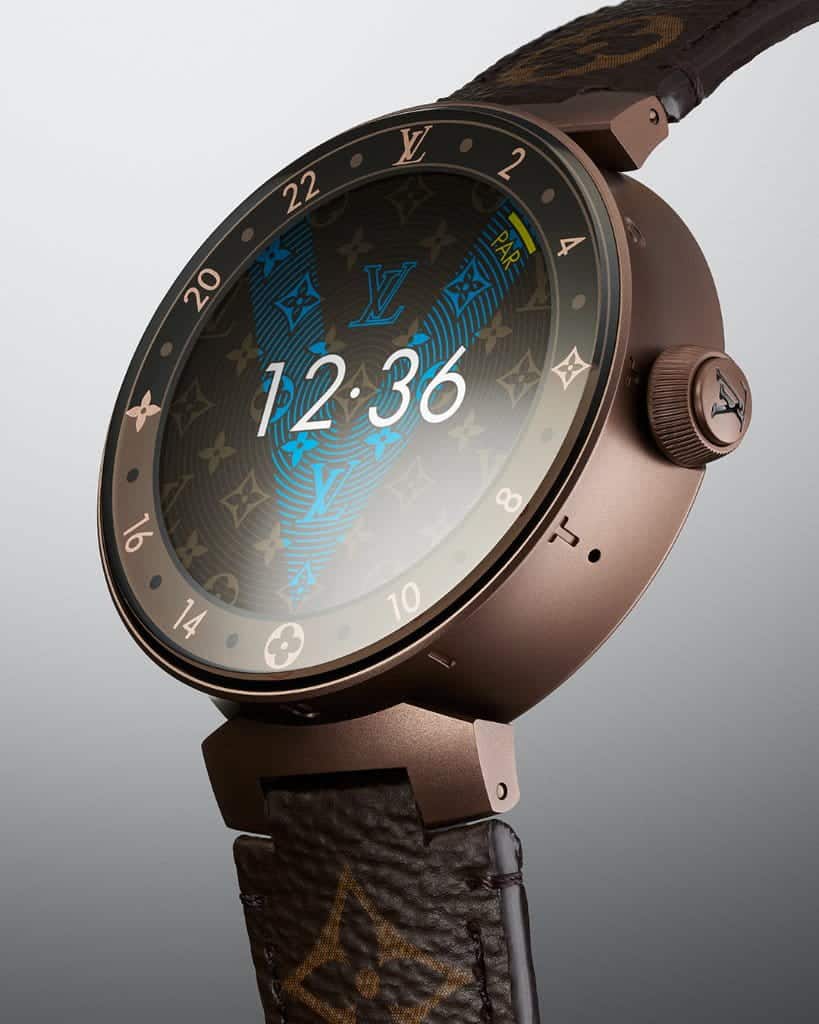 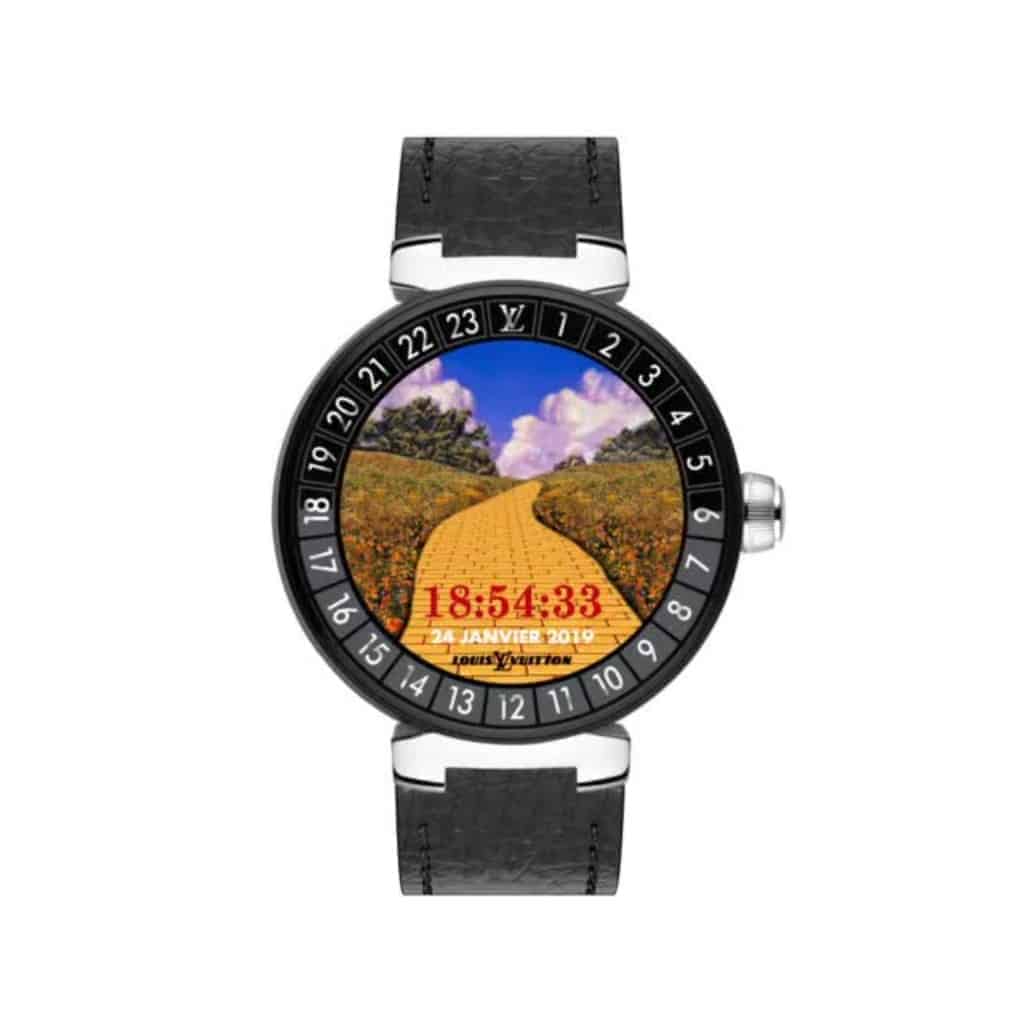 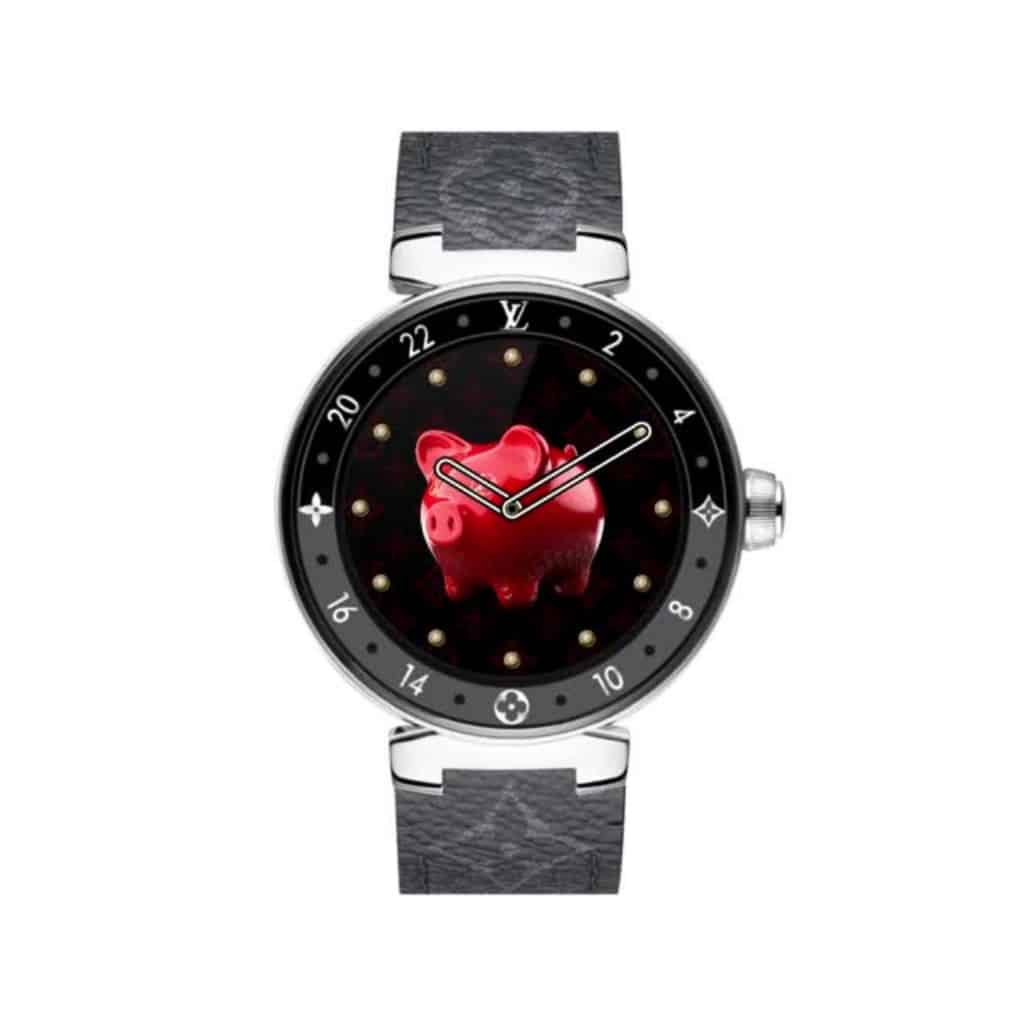