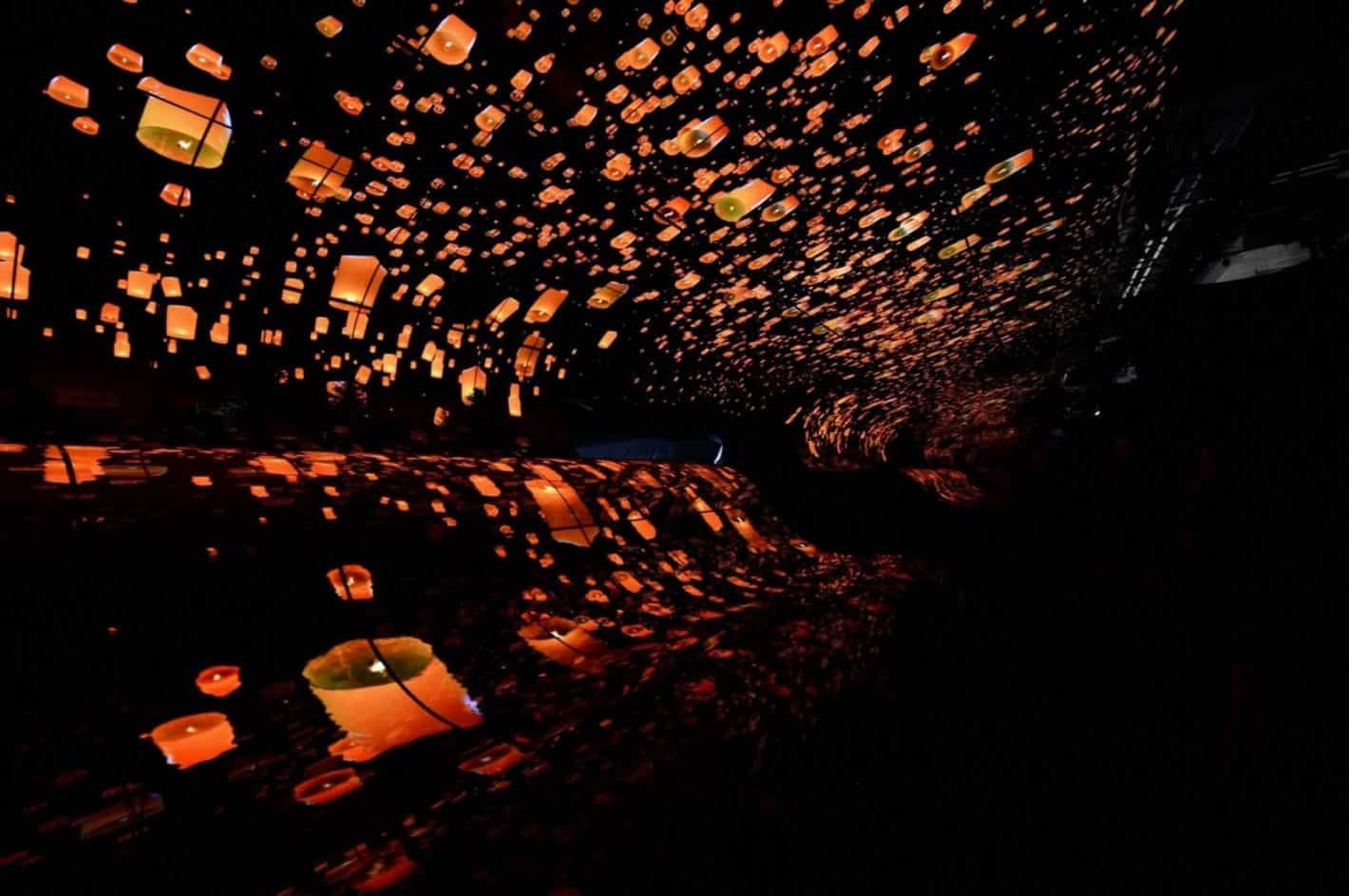 Never one to hold back at global technology events, LG Electronics has taken advantage of CES 2019 to show off its panel prowess with a new publicity stunt featuring no fewer 260 LG OLED displays configured into a wave. Dubbed the ‘LG OLED FALLS’, the massive exhibit welcomes visitors to the LG event booth with a couple of different videos that are well suited to its unique shape. That includes scenes that feature a desert, waterfalls, the ocean, and a light-based scenario with paper lanterns lifting off from the water. The already astonishing mix of 148 curved and 112 flat 55-inch HDR-enhanced signage panels is also brought to life by the same immersive audio that the company says will be included in all of its 2019 LG OLED TVs.

Curved panels have been central to LG’s products and its exhibits at CES for over the past couple of years, with the company touting an LG OLED Canyon last year and an LG OLED Tunnel in 2017. This year the concept may be the most appropriate ever shown since LG has finally decided to release its first OLED television that can be rolled up for storage into its speaker base. When stored away and used as a home entertainment hub, only a small portion of that device’s display is visible to show stats about media that’s playing, a date and time, and similar information with imagery. In effect, a portion of the screen remains curved while another is laid flat, not unlike the LG OLED FALLS exhibit.

Set to be marketed as the SIGNATURE OLED TV R, the new TV has actually been on display at CES for several years now, generating plenty of hype but without any apparent commitment to launch. The 65-inch 120Hz television is also driven by a second-generation LG Alpha 9 processor backing an LG ThinQ AI-powered user experience with support for both Amazon Alexa and Google Assistant, as well as Dolby Atmos. That’s a 4K resolution screen similar to those shown on the company’s newest CES exhibit. As of CES 2019, LG now says it will go on sale at some unspecified point in 2019 for an as-yet-unannounced price. The latter of those metrics will probably be geared toward the extreme upper-end of the television market since it represents an industry first, in addition to packing in the above-mentioned premium features.

Plenty of competition but not on exhibits

Televisions showed at this year’s CES event in Las Vegas — so far — have been unusually varied in terms of design, making 2019’s market for that segment of home entertainment more about format than features. Almost every OEM in the category placed heavy emphasis on incoming 8K panels while others focused on sound, immersion, and AI. Google Assistant and, in part, Amazon’s Alexa were a key part of that. Those trends will obviously provide LG plenty of competition in the high-end segment of the industry, as other key technologies over the past several years begin trickling down to more affordable models. In terms of artistry and exhibits, on the other hand, it’s safe to say that LG has again gone above and beyond its rivals to provide an amazing abstract visual representation of its ambitions for displays going forward. 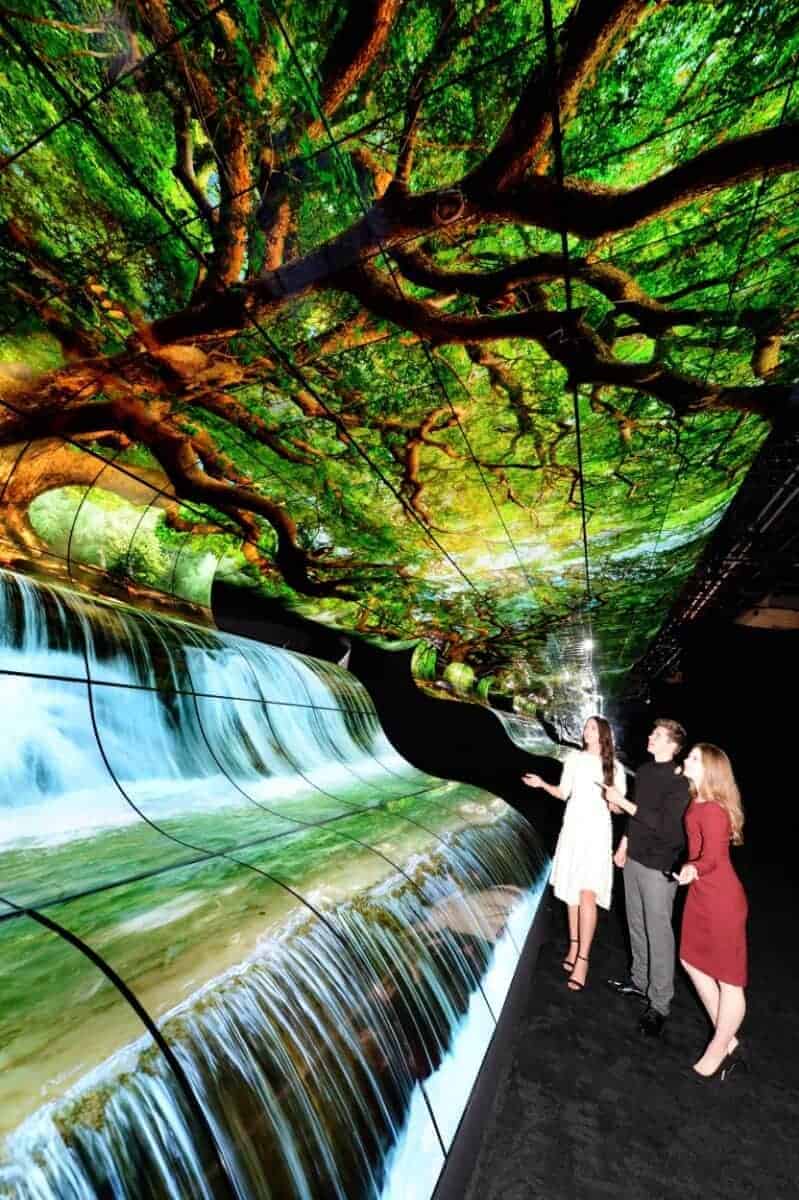 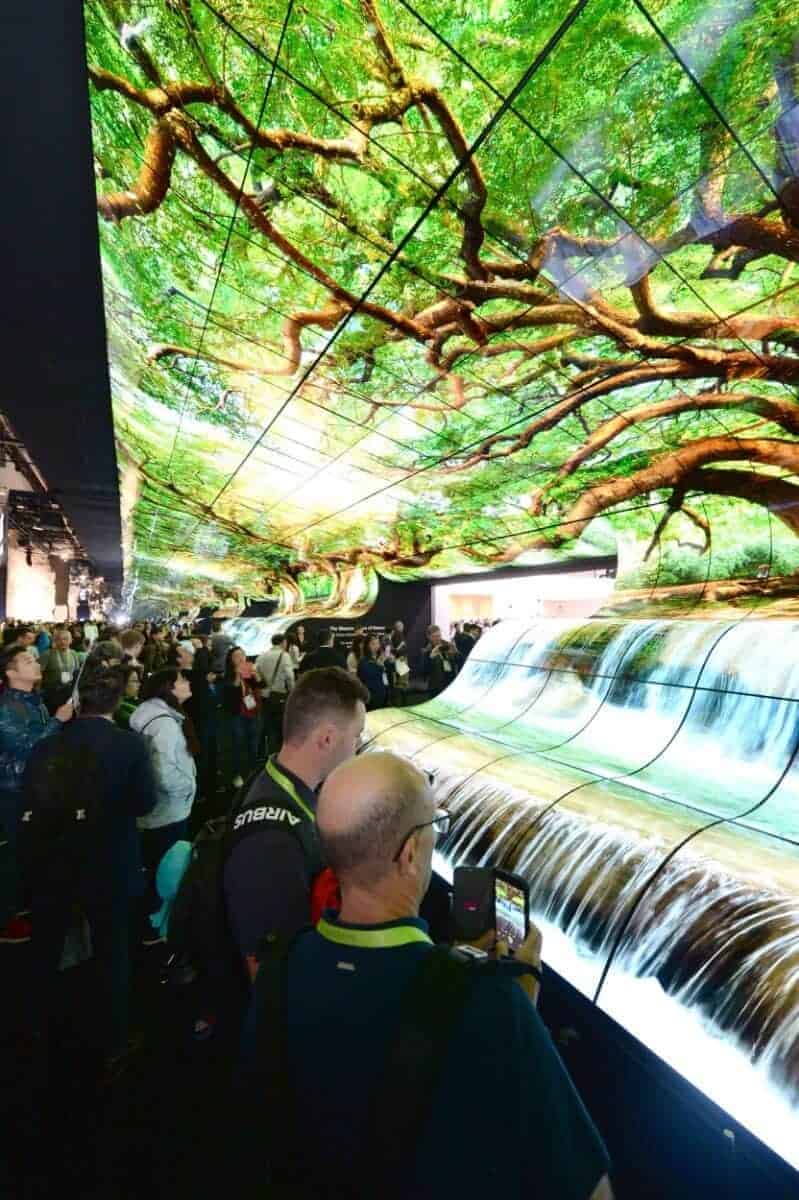 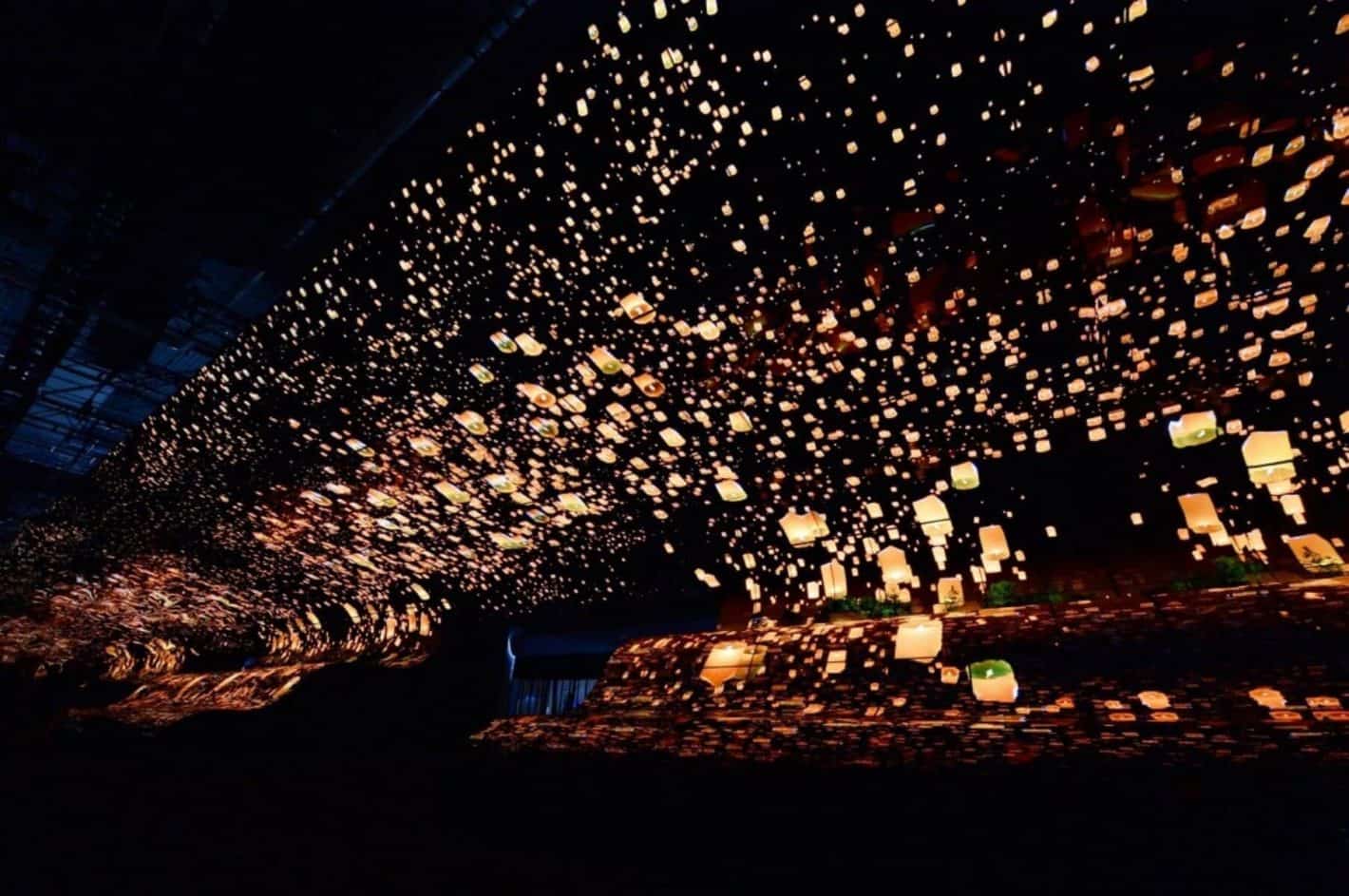 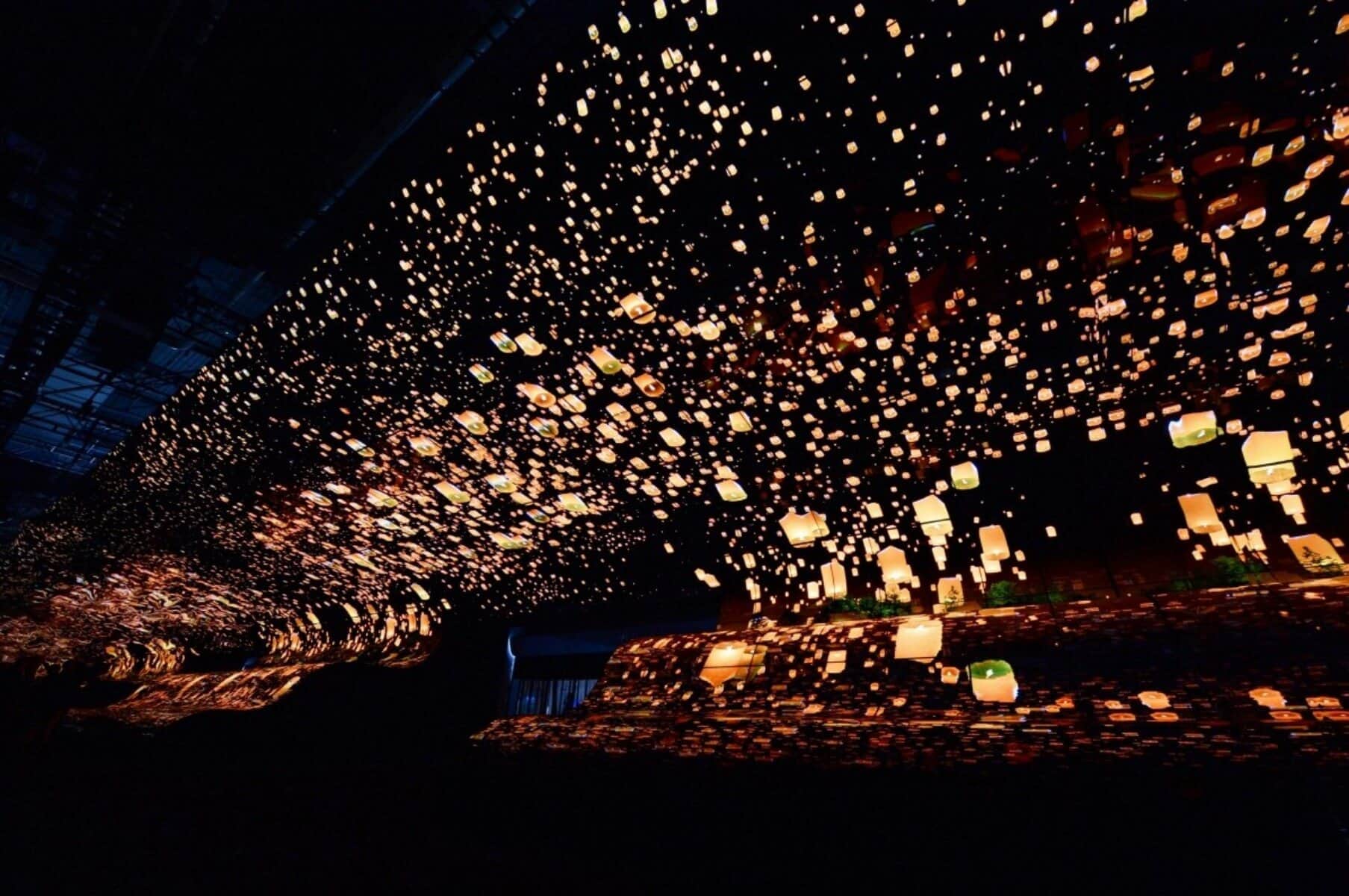