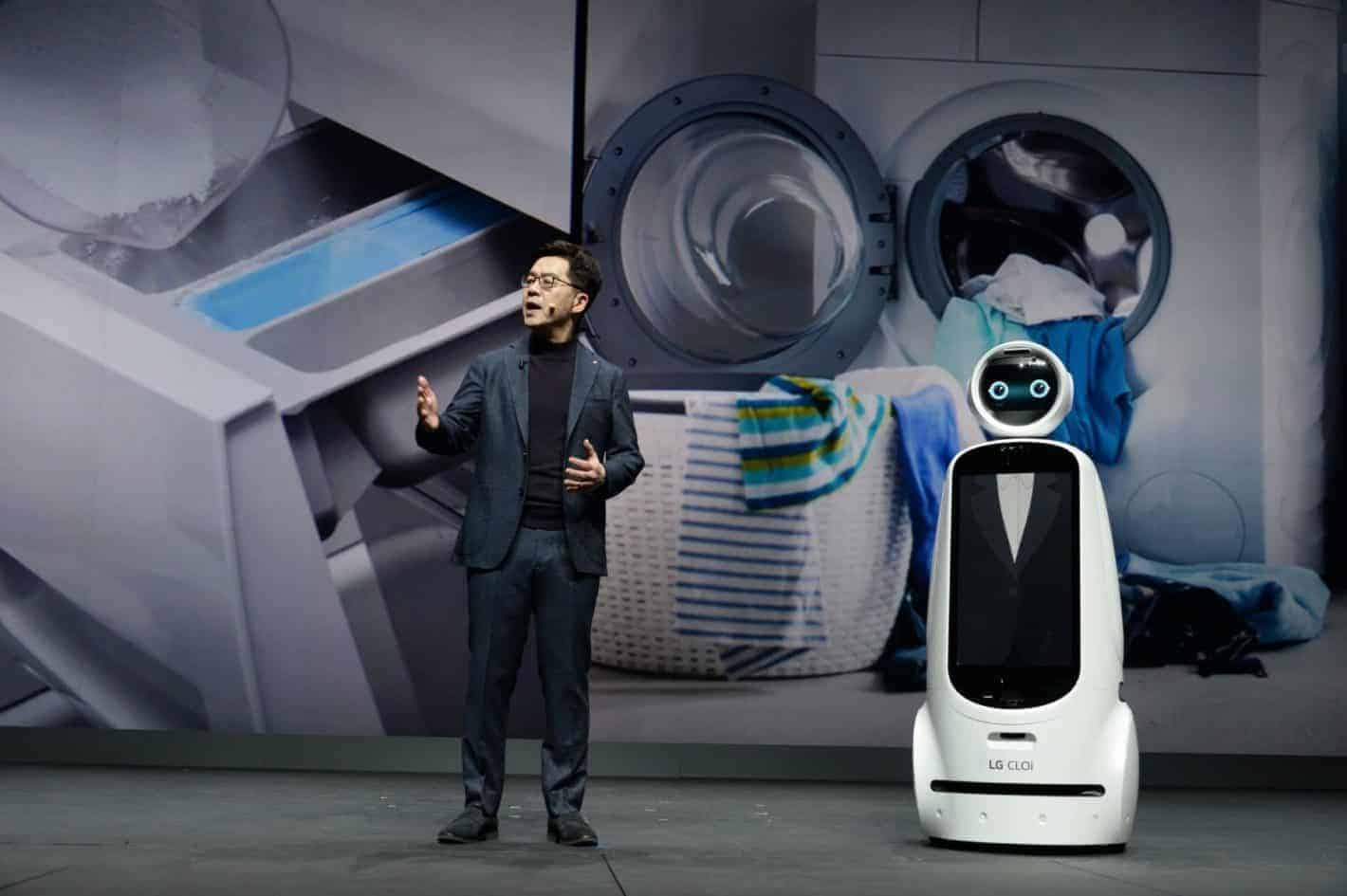 LG has taken advantage of the growing popularity of artificial intelligence and CES 2019’s focus on the topic to provide an outline for how it can contribute to making users’ lives better following what it calls the ‘three pillars’ of AI. LG President and CTO Dr. I.P. Park took the stage alongside one of the Korean company’s new CLOi GuideBot for its pre-show conference to suggest that LG isn’t content to simply improve on the technology. Instead, it wants to emphasize taking away some of the strain AI presents users. Dr. Park says that although inventions over the past 100 years have reduced how physically demanding day to day life and everyday activities can be, the cognitive effort required has increased. AI presents an opportunity to alleviate some of that, Dr. Park says, pointing to LG’s work on its open-source webOS and ThinQ across smartphones and appliances ranging from air conditioners to TVs and robotic vacuum cleaners.

The AI pillars that will take the technology are defined by LG as ‘Evolve, Connect and Open’ and will need to be pursued in order to reach a point of ‘true intelligence’. AI, the executive says, needs to go far beyond doing what its asked to do with voice commands and simplistic automation. The technology needs to be imbued with a deeper sense of learning to become contextually aware and to act with an understanding of intent and purpose. That’s only possible through an AI that evolves to learn users on an individual basis, connects that information seamlessly across the user’s life, and opens itself to a complete ecosystem through partnerships and open cooperation. LG ThinQ is already addressing some of that and the company plans to expand on that moving forward beginning at CES 2019. To that end, the company will be starting by introducing several new products including an AI-enabled in-car experience that not only takes advantage of time freed up by autonomous vehicles but also fills the gap in connectivity ‘from the home to the road’. Hardware and software with both be covered in the solution, including smart seating developed in collaboration Adient.

Beyond its in-car project, the company will also be joining its webOS platform and ThinQ proprietary platform for use by developers around the world. A large part of that effort will be in driving subsequent efforts by connecting smaller ecosystems or individual units into wider intelligent systems. Dr. Park indicates that will include LG’s Robot Service Delivery Platform as an example. The bid will allow multiple robots to work as a system, sharing what they see, hear, and learn to improve the work or business environment they operate in. An AI-based smart grid, on the other hand, could take a similar concept to improve energy efficiency across the board. Similarly, smart signs could be used to turn traditional media displayed on those into an active part of the environment in which they’ve been placed. That would include their use in walls, more traditional signboards, and floors. An open ecosystem, connected more broadly and evolving based on the needs or preferences of the users is vital to each of the examples.

An industry-wide approach to a global problem

The concept behind LG’s is not dissimilar to Samsung’s philosophy for delivering more fulfilling and useful AI services and products or the apparent goals of nearly any company operating in the space. Openness, in particular, will play a pivotal role in the future as more artificial intelligence is added to everything from smartphones to smart city infrastructure and the technology itself evolves to take advantage of emerging networking capabilities for broader interconnectivity. That will drive personalized user experiences and better contextual awareness by all accounts but will depend on systems that can interact with one another intelligently. LG plans to play its part in that evolution and to remain a leading participant in the market by focusing on each of those points with its own ThinQ and webOS solutions.