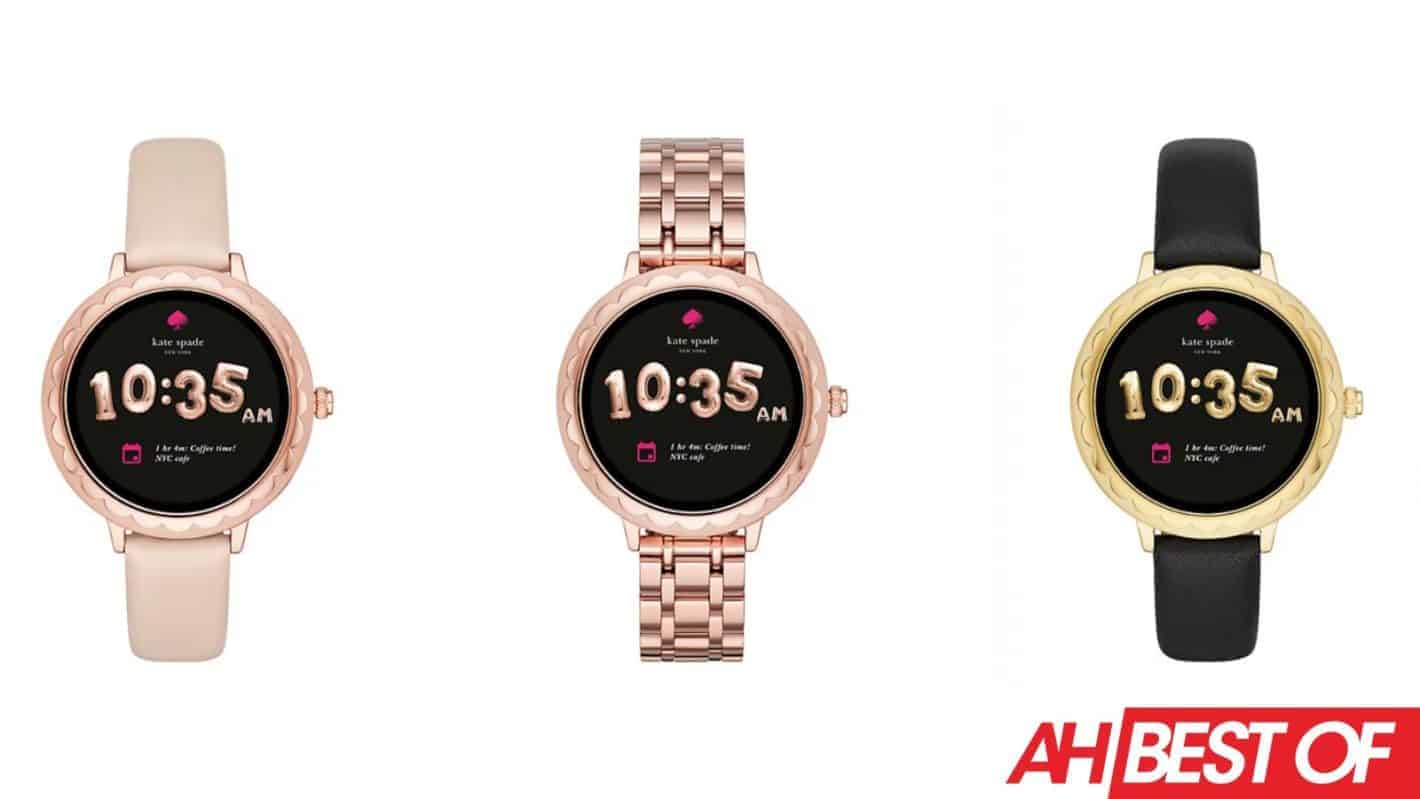 The kate spade Scallop Smartwatch 2 is not just a wearable but a gadget on a mission to make a fashion statement.

We did not really see a lot of smartwatches at this year’s Consumer Electronics Show (CES) in Las Vegas, quite the contrary, but one smartwatch did manage to get our attention, the kate spade Scallop Smartwatch 2. Now, what’s interesting about this watch, is that it’s especially targeted at women, which is not surprising at all considering that kate spade is behind it, a company that is in the business of creating and selling fashion accessories. This is not only a smartwatch targeted at women, but it’s also running Google’s smartwatch operating system, Wear OS. Having said that, this watch managed to leave an impression on us that was enough for us to give it one of our CES 2019 awards.

The Scallop Smartwatch 2, as its name says, is kate spade’s second-gen smartwatch in this lineup. As you can see, the kate spade Scallop Smartwatch 2 sports a circular display, while it has its recognizable scallops as part of the design as well. Other than that, the watch is quite simplistic, it has a standard narrow watchband for women (42mm), and a single dial on the right. The watch itself comes in several color variants, and several different watchbands that you can choose from, while you can add your own, of course, or some other ones from kate spade’s collection. The kate spade Scallop Smartwatch 2 does have one major downside, though, it comes with last year’s processor, instead of the Snapdragon Wear 3100, kate spade included the Snapdragon Wear 2100 chipset inside of this watch. That is kind of surprising as the Snapdragon Wear 3100 was announced quite some time ago, and it would make sense to include it, but kate spade opted for an older variant for one reason or the other. It is also worth noting that this watch has a 42mm watch face, and that the watch is rated at 3ATM for water resistance. Depending on the casing and strap that you choose, this watch will cost you between $295 and $325. If you’d like any more info regarding that, click here.

Truth be said, there are not many smartwatches for women out there in general, so watches like the kate spade Scallop Smartwatch 2 are always a nice addition. Smartwatches are still kind of a niche product, even though quite a few of them are being sold a year, but people seem to be way more accepting of fitness trackers, than smartwatches, as the vast majority of them is simply not interested. Well, out of the people who use smartwatches, the vast majority are men, which doesn’t really leave kate spade with a huge market to work with for this smartwatch, but there are certainly some women which will see this is a fashion accessory, which is something that kate spade doesn’t have anything against, as this watch is meant to be a fashion accessory in the same measure as a smartwatch. All in all, it’s an interesting product, and deserving of our CES 2019 award, despite the fact it doesn’t sport the Snapdragon Wear 3100, but that probably won’t be a big deal to kate spade’s targeted audience, at least not to most of them.