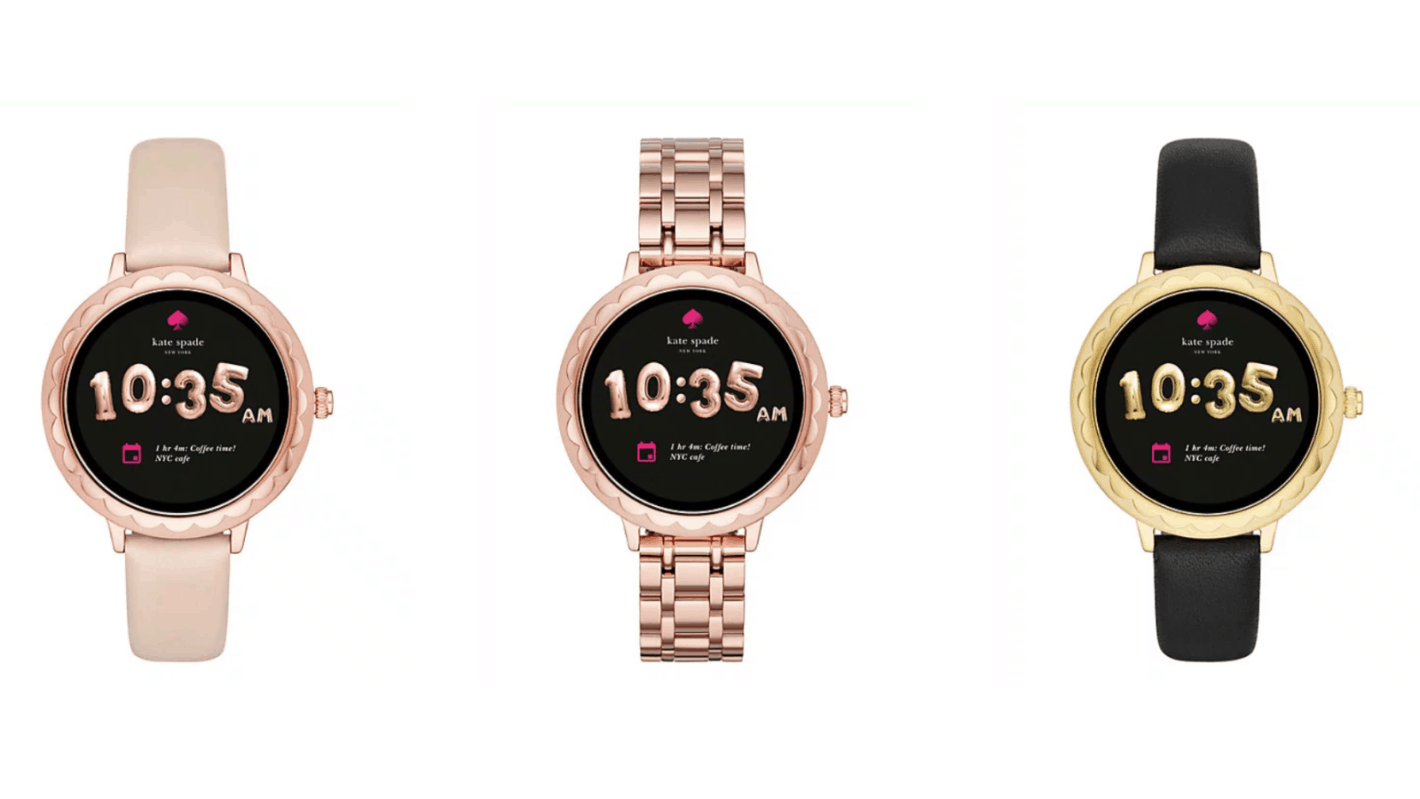 CES is typically where a number of smartwatches and other wearables are announced, and this year is no different. The show officially kicked off today, so there are a number of products still being announced. The latest one being the kate spade new york Scallop Smartwatch 2. This is a stylish smartwatch – obviously this is a smartwatch targeted at women – that is running on Google's Wear OS platform. kate spade new york's Creative Director, Nicola Glass stated that "we thoughtfully designed our Scallop Smartwatch 2 for the women of today, who want to stay connected to what matters most in a way that's stylish and authentic to them. We combined our feminine design details including our signature spade and scallop detailing, with the latest technology and customization features for her everyday needs."

Last year, Qualcomm announced an updated wearable processor in the Snapdragon Wear 3100 chipset. It was made available in a couple of smartwatches before the end of the year, but there are still many smartwatches coming with the older Snapdragon Wear 2100 chipset. Last year, that was an okay thing to do, seeing as the Wear 3100 was only just announced, and these smartwatches were designed months before that launch. But in 2019, it makes little sense. Companies like Fossil, who manufacturers kate spade new york's watches and other companies as well, should be using the latest and greatest chipset from Qualcomm. Especially since the new Snapdragon Wear 3100 is going to provide much better standby time and allow the watch to last even longer on a single charge.

Not a whole lot of specs have been announced regarding this smartwatch, though that is pretty common when it comes to smartwatches as the specs don't matter as much. There is a 42mm watch face here, which puts it on the smaller side of most smartwatches today. That's a good thing, seeing as this is targeting women, who normally have smaller wrists. And the straps are 16mm wide, so that theoretically any other 16mm strap would work on this smartwatch. It is also rated at 3ATM for water-resistance, allowing users to take this into the pool or the shower and not worry about it getting damaged.

Powered by the familiar Wear OS

Google's Wear OS (formerly Android Wear) is powering this smartwatch, which is compatible with Android 4.4 and later, as well as iOS 9.3 and later. It also has all of the latest specs that you would expect to see in a smartwatch in 2019. This includes the Google Assistant, which will be a huge help when it comes to replying to messages from your wrist. It can also be used to control your smart home and much more. There is NFC support here for Google Pay, and as an added bonus, AliPay works in China. When it comes to fitness tracking, Google Fit is available on Wear OS for all of your tracking needs. But it also has heart rate tracking, and it can do untethered GPS. Allowing users to leave their smartphone at home while they are going out for a run. Those that love to go swimming, this is a swimproof watch, with water-resistance up to 3ATM. This is going to allow you to swim and even track your swimming using third-party apps. Unfortunately, Google Fit does not yet support swim tracking, but that will likely change in the future.

Wear OS has a number of apps that are compatible with it, and with the updates that Google pushed out last fall, it makes the operating system a lot better to use. With Wear OS, you can now scroll through your notifications through one page, instead of having cards that covered half of the display, making it tough to read them. The operating system is also all black now, and this is because most smartwatches use OLED displays, and a black screen will save a large chunk of battery life, allowing it to go a bit further.

kate spade new york isn't wasting any time in getting its Scallop Smartwatch 2 Collection available for consumers to purchase. Pre-orders start today from kate spade new york's website. The Scallop Smartwatch 2 will start at $295 and go up to $325 depending on the watch casing and strap that you decide to get for the watch. These straps are still interchangeable, so you can swap them out if you wish. There are three models here, the two that are priced at $295 sport a stainless steel case with a leather strap: one being a gold case and a black leather strap, the other sporting a rose gold casing and strap. Then there is the most expensive model which sports a stainless steel casing and a metal bracelet which are both rose gold.