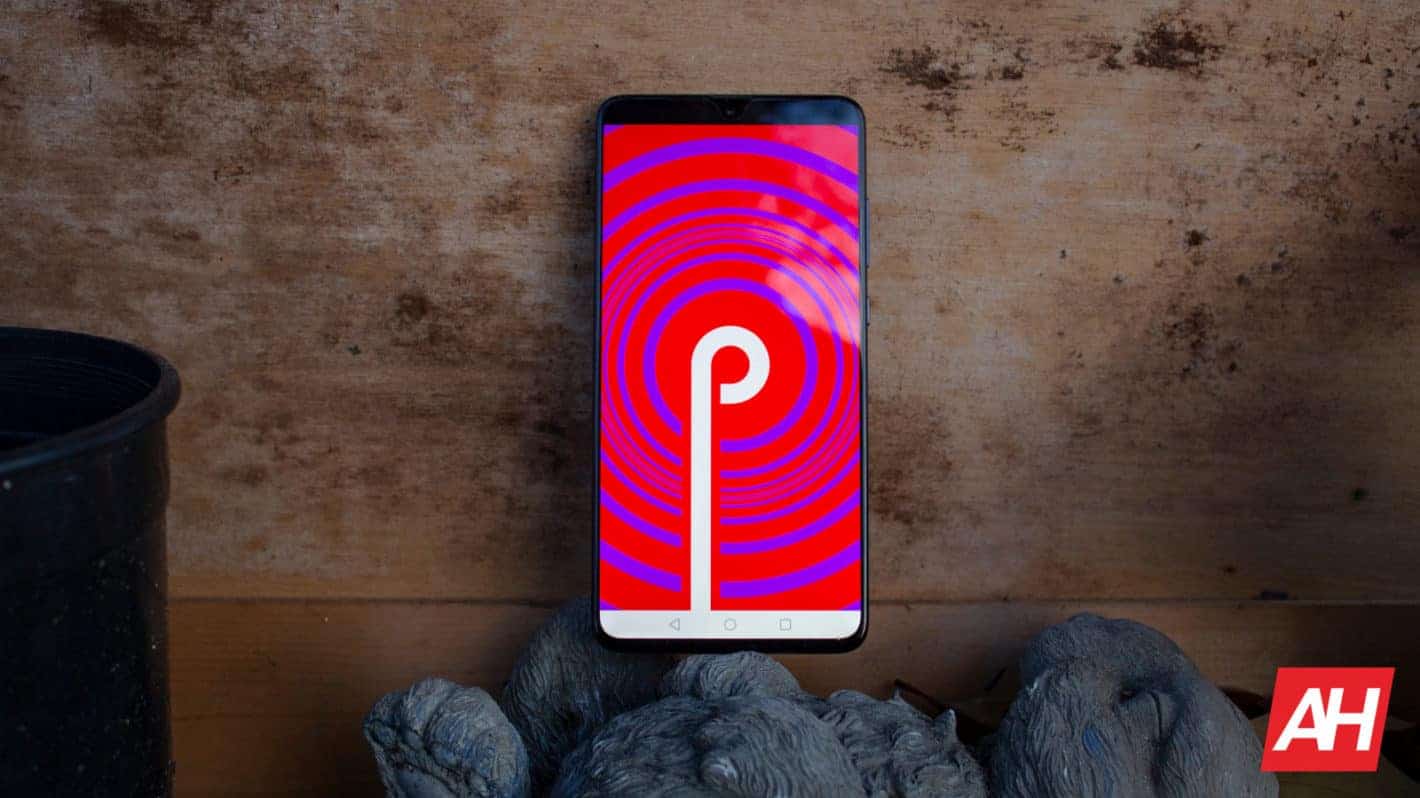 Huawei's EMUI Android skin was rebranded quite a bit with the launch of EMUI 8 on the Mate 10 last year, and now follows the numbering scheme with Android's version numbers. EMUI 9 launches on the Mate 20 family, running atop Android 9.0 Pie and represents another change in visual design language and overall look and feel of the OS. This isn't a radical change in most respects, rather an incremental one in many areas of the phone. You'll find a redesigned system settings menu that features less clutter and fewer basic options up front, although advanced options are still available for those that love to tweak. Huawei has also lightened up many aspects of the OS, although the system-wide dark mode is available on phones in the Mate 20 family with OLED displays, like the Mate 20 Pro and Mate 20x. You'll also find new UI interaction sounds, new alarms and ringtones, and other themes based on nature, as that's Huawei's new theme going forward.

There are a number of areas where Huawei has improved upon Google's designs in Android 9 Pie, many of which were poor choices on Google's part to change things that shouldn't have been changed. First off is the shortcut to settings, found in the notification shade, which takes two swipes down to access on stock Android 9 Pie, and is a tiny icon to boot. Huawei has increased this icon's size and put it in a more prominent position on the top of the shade, reachable with a single swipe. You'll also find improvements to the volume adjustment pop-up, which is both tiny on stock Pie and only allows for media volume adjustment. When switching from vibrate to ring mode a separate ringer volume slider appears as well, otherwise only media audio is adjustable by pressing the volume rocker in vibrate or silent modes. Also, despite the issues with the Overview multi-tasking screen, Huawei has improved the tiles in a way over stock Android 9 Pie by adding in a dedicated split-screen button to the top right of each tile, as well as adding in clearer titles and icons so that two names and icons are visible at all times instead of just the single name and icon on the stock Android 9 Pie tiles.

EMUI 9 does have an interesting amalgam of little issues that don't cause any actual problems but show some oversights on Huawei's part when it comes to design. The display notch can be hidden on both phones, and, even better, on a per-app basis. This is some amazing granular control that's simply not available on most phones with a notch, but there's an odd design issue with the curves on the sides of the hidden notch. Huawei was careful to match the curve size and dimensions to the physical curves on the device, so hiding doesn't look out of place, but this is an overlay that doesn't sit atop every UI element and tends to look a bit messy at times. For instance, when a notification pops in the top corners of that rectangular notification sit over top the hidden notch and glitch out when disappearing. This contrast of square and round is weird looking, and the glitching fits right in with the issues we have on the Overview screen.

Huawei builds a number of convenient features into the Mate 20 family to make daily usage easier, and some to cut down on the number of devices you need to get things done. Huawei was one of the first OEMs to support a desktop projection mode through a USB Type-C cable, delivering a desktop interface that utilizes Android's powerful window functionality, allowing any app on the phone to be run in this interface as if it were made for a desktop PC or laptop instead of a phone. Huawei has upgraded this functionality with the Mate 20 family, which now features faster initialization once plugged in, and overall better speeds and more solid multitasking over the previous generation. Wireless projection support is also available via supported Miracast devices, a list of which you can find on Huawei's website. This allows wireless projection of the phone's screen as is, or in the desktop form, if preferred.

A theme store is available with thousands of different themes, both free and paid, with new ones added and updated every week. Themes range from seasonal to classical art, colors and shapes, pop culture and just about anything else you could think of. Most themes consist of only icon and wallpaper changes though, so they aren't quite as robust as themes from Samsung or LG, but you can change out any icon and, of course, wallpaper to your liking. Huawei still offers their "magazine lock" lock screen, which will automatically change the lock screen art regularly throughout the day based on any sources you select. Huawei is always adding new sources and new material to each source and category, so you're going to see new things all the time.

Just like the P20 family, there's a fair dichotomy between the speaker configuration and quality between the Mate 20 and Mate 20 Pro. The Mate 20 features a single camera on the bottom of the phone, located next to the USB port, and is supposed to also use the top earpiece to act as a stereo source, however, our review unit either did not do this or just didn't do a very good job of using this speaker as a way to enhance sound output. The Mate 20 Pro utilizes a similar stereo speaker setup, aided by Dolby Atmos, which uses the earpiece and bottom speaker to virtualize a 3D sound environment and create a more full experience. What's a bit weird about the Mate 20 Pro's configuration is found in that bottom speaker, which is seemingly nowhere to be found on the outside of the phone. Instead, this speaker is located inside the USB Type-C port; a unique design that ultimately creates a worse experience when compared to the Mate 10 or P20 Pro. The quality itself is a bit diminished from the P20 Pro, which did an excellent job of creating a very full sound experience, and while it's still a better experience than the Mate 20, it's not nearly as good as the past two Huawei flagships, or other 2018 flagships like the Galaxy Note 9, Sony Xperia XZ3 or Google Pixel 3.

It's also far too easy to cover up the USB port and muffle the speaker, as the surface area for the speaker is smaller than most. Surprisingly, plugging in the USB Type-C cable doesn't muffle the sound as much as you might expect, although there's a noticeable difference in the volume between plugging in and not. Another interesting dichotomy between the two phones lies in the audio output, where the Mate 20 Pro only features a single USB Type-C port on the bottom, while the Mate 20 has a 3.5mm audio jack on top as well. Huawei ships the Mate 20 Pro with a USB Type-C to 3.5mm dongle, but having the port built into the phone is always more preferable, both for ease of use, and the fact that you can more easily charge and listen at the same time.

On the security front, the Mate 20 family offers a wide range of options to fit every preference. The Mate 20 features a "classic" rear-facing fingerprint scanner as well as a single front-facing camera that's used for face unlock. I feel the fingerprint scanner is a bit too shallow for my liking, as it's more difficult to use than it should be since there's not much of a physical feeling difference between it and the rest of the back, as the scanner isn't very recessed into the frame. The face unlock features of the Mate 20 are certainly not going to be as secure or accurate as the ones on the Mate 20 Pro, as the Mate 20 Pro features an IR camera and dot projector, which is able to identify faces based on 3D modeling of a face both in good light and in the dark. This projection of 30,000 dots isn't visible to the naked eye, but the IR camera on the front can utilize it at any time, and it takes about a second or so to identify a face.

I found the facial identification to be a bit lacking though, as it's not only quite a bit slower than a traditional fingerprint scanner, but I found myself staring at the phone for quite a few seconds several times per day, waiting for the phone to identify me and unlock. It's also, of course, not able to identify your face if you have something covering it, such as a scarf in the winter, or a beard if you created the facial identification while unshaved. The in-glass fingerprint scanner on the Mate 20 Pro also leaves quite a bit to be desired, as it's not only slow but isn't entirely accurate. There's no way to do additional scans to help the fingerprint scanner understand your finger's patterns better either, so if you have constant problems you're going to have to delete the enrolled fingerprint and try re-enrolling again. I almost never used the in-glass fingerprint scanner simply because it was more annoying to use than the facial recognition, but some may prefer utilizing this method other the other depending on how comfortable they are with the accuracy or privacy of facial recognition.