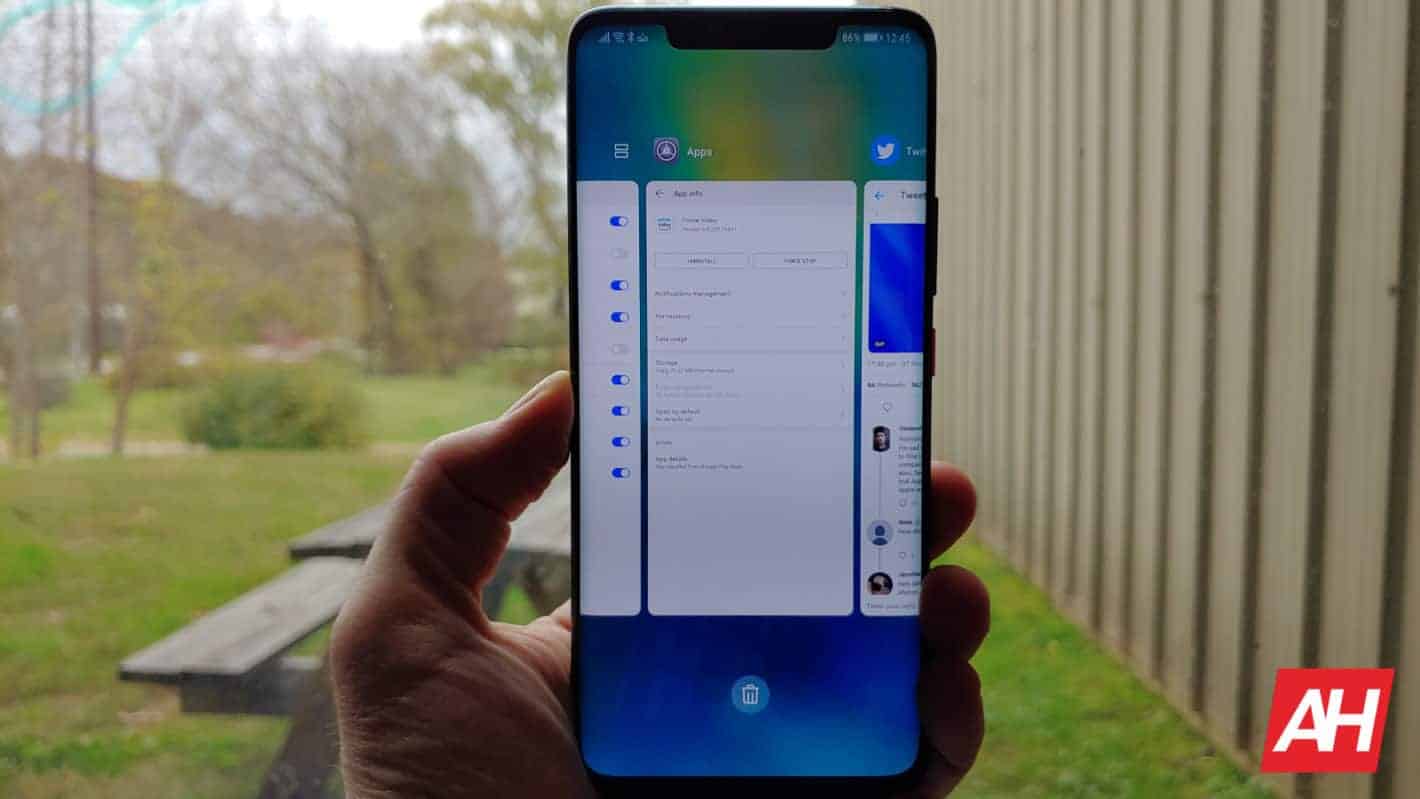 Mobile gamers are going to be very happy with the overall performance of the entire Mate 20 series, as Huawei has upgraded its GPU Turbo feature to version 2.0 in this release, meaning games with specific compatibility for this feature, such as Player Unknown Battlegrounds, will run faster and smoother than ever before and with decreased touch latency to boot. The list of supported titles could certainly be longer, and there's plenty of evidence that this list is growing, but the presence of the feature shows a real effort by Huawei to make mobile gaming more attractive by providing a better overall experience. Performance of other apps was excellent in general, and represents a big change in speed and overall user experience on Huawei's EMUI Android skin. Unlike even the P20 family, the Mate 20 family won't stutter or lag through even simple tasks, and many of the speed issues we complained about with EMUI 8 are now seemingly gone.

Multi-tasking too is a fairly good experience in many ways, as both phones feature 6GB of RAM in their base configurations. Apps stay in RAM a long time, and you'll not find many that need to reload at any point in time. The biggest detractor from the multi-tasking experience is Huawei's adaptation of Android 9 Pie's already poor redesign of the Overview multitasking interface. Opening up the multitasking interface now shows a horizontally scrolling row of thumbnails instead of the vertical one, and while some horizontal designs work just fine, the default way Android 9 Pie handles these overly large thumbnails is simply not conducive to folks who use many apps at a time. Scrolling through the list takes longer, and apps are more difficult to see when scrolling quickly versus the vertically scrolling carousel that Android has had for generations now.

To make things worse, Google's few positive changes to this new Overview design aren't even present on the Mate 20. There's no copy/paste functionality present on these thumbnails, as on stock Android 9 Pie you can at least press and hold on the thumbnail to copy and paste information from one thumbnail to the other. You'll not find the quick row of icons at the bottom either, which means no quick switching to recent apps through that row of icons, rather it's all relegated to the poorly thought out large thumbnails up top. Huawei has mildly improved the thumbnail design itself over stock Android 9 Pie's design, as there's a clearer indication of app names and visible icons. Icons and names are above each app thumbnail, visually present on two thumbnails at a time, which is at least an improvement over stock Android's horrid design of only showing one app name and icon at a time. Still, this design is far worse than the previous generation and not only does nothing to help users multitask more easily, but it actually makes multitasking slower and more difficult.

Huawei's carousel is also quite a bit buggier than stock Android 9 Pie's is too, and I found that many times I'd click on a thumbnail to navigate back to an app, but instead would have the phone crash back to home instead of launching the app. Utilizing Huawei's new gesture system made things even worse, as these gestures are incredibly slow to pull up the Overview window, with a swipe up and hold for what felt like several seconds at a time. These gestures make the scrolling and tapping of app thumbnails even more finicky too, and I ended up disabling gestures because it made the multitasking experience worse than I've seen on a phone in several years. Change for the sake of change is not welcome, especially when it creates a far slower, buggier and overall more negative experience for the end user. Sticking with the software navigation buttons at least makes switching between the two most recent apps a painless experience, although it does nothing for slow app switching past that.

Huawei has included its own version of Digital Wellbeing on the Mate 20 family, simply called Digital Balance. While it visually looks a bit different, Digital Balance features the exact same functionality as Google's version, which allows users to set alerts when they've used apps for a specific amount of time, and provides stats for usage and screen time. This also allows users to completely shut apps off in the background as well, so once the screen time limit has been reached, the app will completely shut off and be kept from delivering pesky notifications that might otherwise distract from life.

Part of the advantage of utilizing Digital Balance lies in being able to better balance battery life as well. Many use "Screen on Time" as the metric for good battery life of a device, and while such a measurement can be just as dependent on many variable as any other measurement, it's usually a good indicator of how a phone's battery life will fare through heavy use. Battery life on both phones is phenomenal, as expected from a Huawei flagship, and it does so without any of the tricks of old, which often resulted in missing notifications such as chats or emails. Huawei completely fixed this problem when it launched EMUI 8 with the Mate 10 last year, and it's as good as ever with EMUI 9 on the Mate 20 family. 2 day battery life is easily achievable on both phones, and I often ended the second day with the battery percentage left in the teens and a screen on time of around 7 hours or so. That's 2 full days of usage with about 3.5 hours of screen on time each day, which is wholly average in my personal use, while most flagships can only achieve these numbers in a single day. 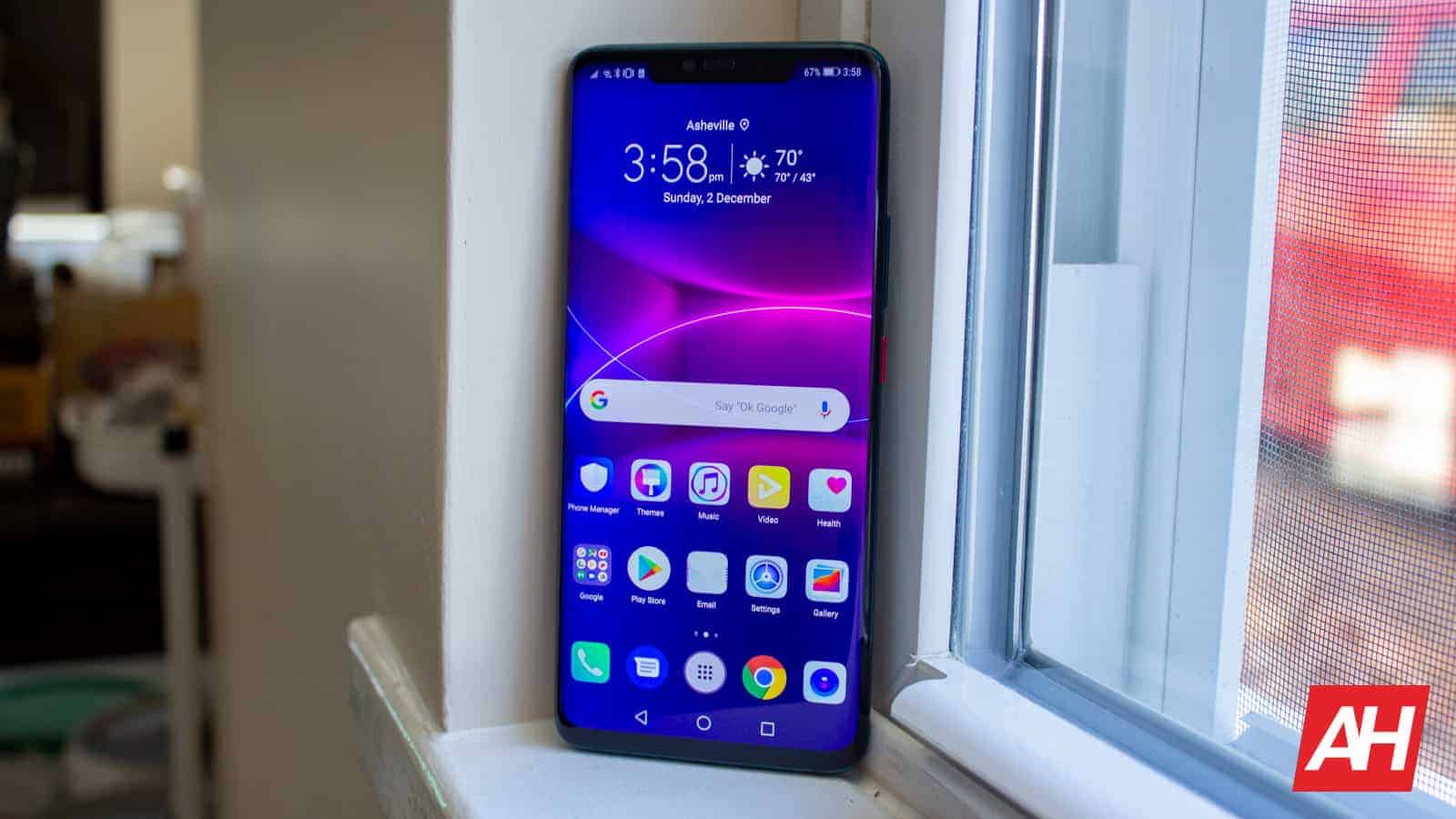 Huawei doesn't use Qualcomm chips inside their phones, and as such doesn't support Qualcomm's Quick Charge standards, however, both phones ship with Huawei's own proprietary SuperCharge power bricks, but each phone supports a different voltage. The Mate 20 charges at a maximum voltage of 22.5W, meaning you'll get a full charge from 0 to 100% in just over an hour. The Mate 20 Pro, on the other hand, ships with a much higher voltage 40W charger, and will charge the battery from 0 to 100% in just over half an hour, meaning a top-up of any kind will absolutely get you through any amount of time left in a day. The downside to not using a more widely supported industry standard is, of course, that you'll need to stick with Huawei-certified USB Type-C chargers, but the quicker charging time might help offset this requirement.