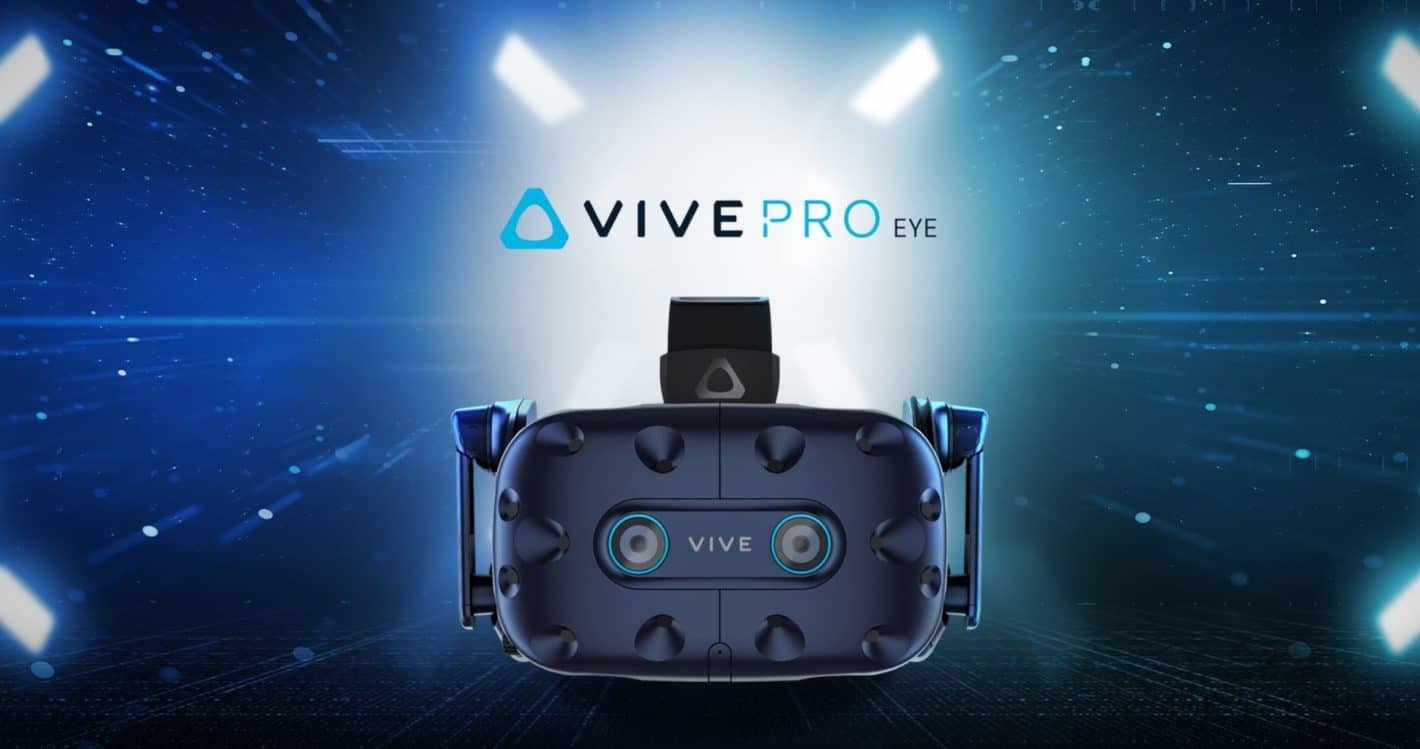 HTC on Monday announced the Vive Pro Eye, its third-generation virtual-reality headset that's largely unchanged from last year's Vive Pro, with the only notable exception being the existence of eye-tracking technology. While no firm price tag has yet been attached to the device, the Taiwanese company already confirmed support for eye tracking won't be making its way to the 2017 headgear, suggesting the feature is at least partially hardware-reliant. The Vive Pro Eye will be released later this year, with HTC promising to share more details on the newly unveiled gadget which is externally indistinguishable from the regular Vive Pro.

More than a one-trick pony

Eye tracking isn't just a neat processing trick meant to squeeze more power out of the Vive Pro setup, though that's certainly one of its undeniable advantages. The addition of the said solution also improves the overall accessibility of HTC's take on consumer-grade VR by eliminating the need for physical controllers, at least in the context of menu navigation. Instead of gripping the Vive Controllers, Vive Pro Eye users will simply be able to look at menus in order to scroll through them and select listed items.

On the other hand, the addition of eye tracking should also allow developers to continue pushing the boundaries of VR visual fidelity through one of the cleverest tricks the industry came up with to date – selective high-resolution rendering. By knowing the direction of your gaze at any given moment, any purpose-built software running on the Vive Pro Eye can prioritize your focus zones when it comes to rendering high-fidelity scenes and dedicate less computational power to the background. As this happens in real time, the end result can be a graphically richer experience even on otherwise identical hardware.

The very concept of eye tracking has been something the tech industry explored for a long while but it wasn't until last year that a startup called Irisbond came up with a commercial solution enabling the thereof in the form of IrisGo. Whether the addition of the new tech will be enough convince existing Vive Pro owners to upgrade remains to be seen, though on the whole, the Vive Pro Eye seems to offer significantly smaller year-on-year improvements than its predecessor did. As high price of was one of the main points of criticism aimed against the Vive Pro throughout 2018, it's likely that the new device will face similar complaints as well, especially since its one new selling point will almost certainly ensure it retails for at least $799, which is what's still written on the label attached to the older headset launched last April.

A point of no return

Today's announcement marks HTC's effort to double down on VR, now its sole bet meant to ensure the company's future. Its revenues have been eroding over the course of the last several years as its Android smartphone business continued to struggle and after it offloaded the majority of its mobile engineering talent to Google around this time last year, the firm is unlikely to revive its fortunes in the segment anytime soon. VR is the only tech avenue HTC is currently pursuing that could bring near-term results, with all of its other bets being made on even smaller niches such as blockchain handsets or stubbornly insisting on more of the same. In other words, it's too late for HTC to change course now – it's VR or nothing.

HTC's Monday conference in Las Vegas also brought the announcement of Viveport Infinity, a Netflix-like subscription service for Viveport launching on April 5 which the company celebrates as its "Vive Day." Furthermore, the Taipei-based firm just confirmed a partnership with Mozilla that will result in a native version of Firefox for the Vive ecosystem, whereas another collaboration with Amazon Web Services will soon see it support third-party developers in their efforts to create VR-optimized websites even if they have little programming experience. The Vive Core Software is also getting a remake in the form of the Vive Reality System, whereas HTC's VR ecosystem will soon be slightly bigger after the company releases the Vive Cosmos, a newly announced standalone headset which requires no external tracking and will soon become available to content creators alongside a dedicated development kit.