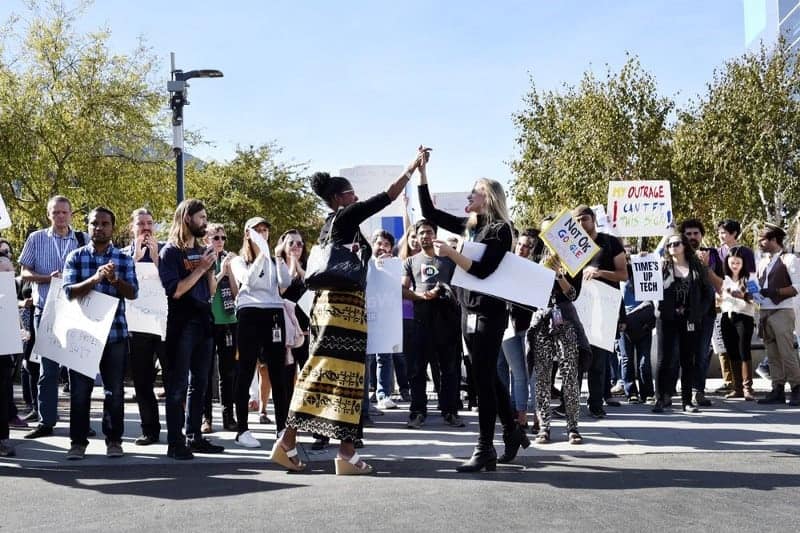 Many employers, especially in the tech sector, tend to bury forced arbitration clauses in new employee paperwork, and that's exactly what a group of tech workers, primarily made up of Google employees, plans to get on social media and fight against.

The newly formed organization, End Forced Arbitration, will be taking to Twitter and Instagram between 9 AM and 6 PM EST on Tuesday, January 15 to blast a wave of public education about the topic across those platforms. Forced arbitration causes issues with employees trying to take their employers to court over major problems, especially in cases where class-action lawsuits would be more feasible for large groups of employees.

The push in question will manifest as a new post every half hour during that time-frame. The organization has also invited others interested in the issue, or those with unique insights, to join in and add their own content or help volume boost the group's posts. Forced arbitration was recently eliminated in cases of sexual assault and violent acts at Google, seemingly due to employee pressure. Although the group thinks that wasn't enough, and not only wants to see forced arbitration eliminated across the board, but also wants to see the entire tech industry follow suit.

This public education effort doubles, in this case, as a push against their own employer. Many times before, Google has caved to employee pressure on important issues, but the pushes that resulted in those moments have never taken a form quite like this before. The Googlers who are in on the organization at this point are essentially hoping to enlist the general public in shining light on, and calling for the end of forced arbitration.

Since the previous move made waves in the industry at large, a successful push here may well mean a significant reduction in forced arbitration in the tech industry, or perhaps even the end of the practice entirely. Forced arbitration extends to issues with not just harassment, discrimination and violence, but also to toxic workplaces, both mentally and physically, some higher-level worker's comp claims, and many other areas of dispute resolution. Forced arbitration is also present outside of the employment sphere, sometimes as part of a particular piece of software's end-user license agreement, or in agreements related to hiring contractors, to name a couple of examples.

The practice reportedly also hurts diversity in some ways, and often results in less frequent or smaller wins for employees who have been wronged versus those who had the chance to take their employer to court. That's not to mention, of course, that forced arbitration can take away a valuable bargaining chip for employees looking to get a desired behavior from their employer, being the threat of taking them to court.