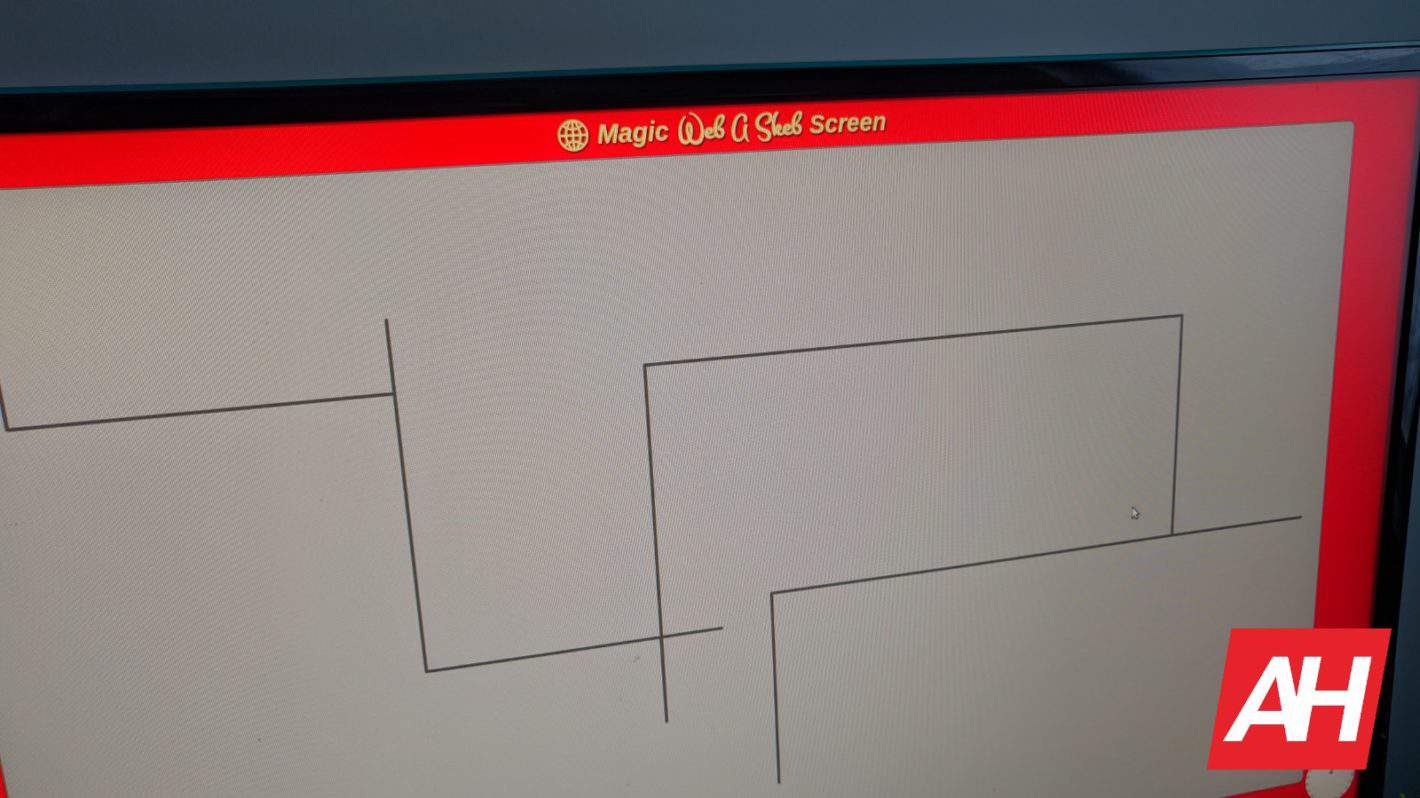 Google Chrome Labs has hit the web with a new application called 'Web A Skeb', intended to bring back childhood memories and showcase the capabilities of the Chrome browser, 9to5Google reports. The app is a near identical copy of iconic Etch A Sketch toy released in the 1960s and built on Google's own Firebase development platform — based on the associated URL. As might be expected, that means the UI is not only straightforward but outright minimalistic despite attention to details on aspects like the font chosen and added features. Users visiting 'web-a-skeb.firebaseapp.com' are greeted first with a page bordered in a loud red hue with a gray-colored center area, two knobs, and the words "Magic Web A Skeb Screen" across the top next to a globe logo. The knobs are marked with arrows and either the letter "H" or "V" indicating which controls either horizontal or vertical movement. On initial loading, turning either knob with a mouse or touchscreen creates a line in the direction of movement from the barely visible on-screen position marker.

Three buttons are included, centered at the bottom of the UI, including a 'Fullscreen' option to provide a truly immersive experience on devices with a touchscreen. Next to that is a mode switching key marked 'Fancy'. The web app starts out in the standard 'Fast' mode by default for smooth motion and a classic feel. Tapping or clicking Fancy mode adds a shadow line for more depth in artwork resulting from knob twists. The button also switches to read "Fanciest." Selecting that mode gives lines an animated rainbow look. Mistakes, as with the original magnet-powered toy are permanent and result in the user needing to find a way to cover missteps up in the finished work or start over completely. That can be accomplished in degrees by clicking the 'Shake' button, emulating again how the original invention worked and first blurring and eventually erasing the artwork entirely. It's not possible to physically shake a smartphone, tablet, or laptop to achieve the same effect — although it's not impossible that could be added to some devices that can access the Chrome browser latter — but the button is a nice touch regardless.

As mentioned above, the Google Chrome Labs team utilized Firebase as the underlying development tool for its Web A Skeb application. That was most likely taken advantage of in combination with a number of changes Google has been implementing over the past couple of months too. That includes changes to API and policies intended to improve the efficiency of service workers and WebAssembly, among other implementations. Alongside those changes, the team has continued releasing new experiences in the lead-up to its Etch A Sketch clone highlighting various aspects of those improvements. As mentioned above, Web A Skeb is built on Firebase and with the focus on showing off how well a knob or dial could be implemented in the UI. The result is a nearly seamless experience that is really only lacking in tactile feedback. Web A Skeb can be installed like any well-built web application as well. That can be accomplished by clicking Chrome's three-dot menu while using the application and scrolling down to select the "Install Web A Skeb…" option.

From useful to entertaining

Each of the successive released from the team at Google Chrome Labs has served a different purpose in terms of actual functionality too. Just before Web A Skeb, the team launched another tool called Chrome Canvas that could be used for storing, accessing, and drawing or writing on a digital canvas with a pen or finger with the results shared across any browser. Prior to that combination tool-toy hybrid, the first of Google Chrome Labs' most recent experiments to be launched was a much more productivity oriented photo optimization application called Squoosh. That allows users to upload and resize, compress, and otherwise alter a photo in pursuit of better file sizes and with a surprising level of depth more often seen in full desktop applications.

Advertisement
Web A Skeb
Trusted By Millions
Independent, Expert Android News You Can Trust, Since 2010
Publishing More Android Than Anyone Else
24
Today
24
This Week
24
This Month
3198
This Year
104677
All Time
Advertisement