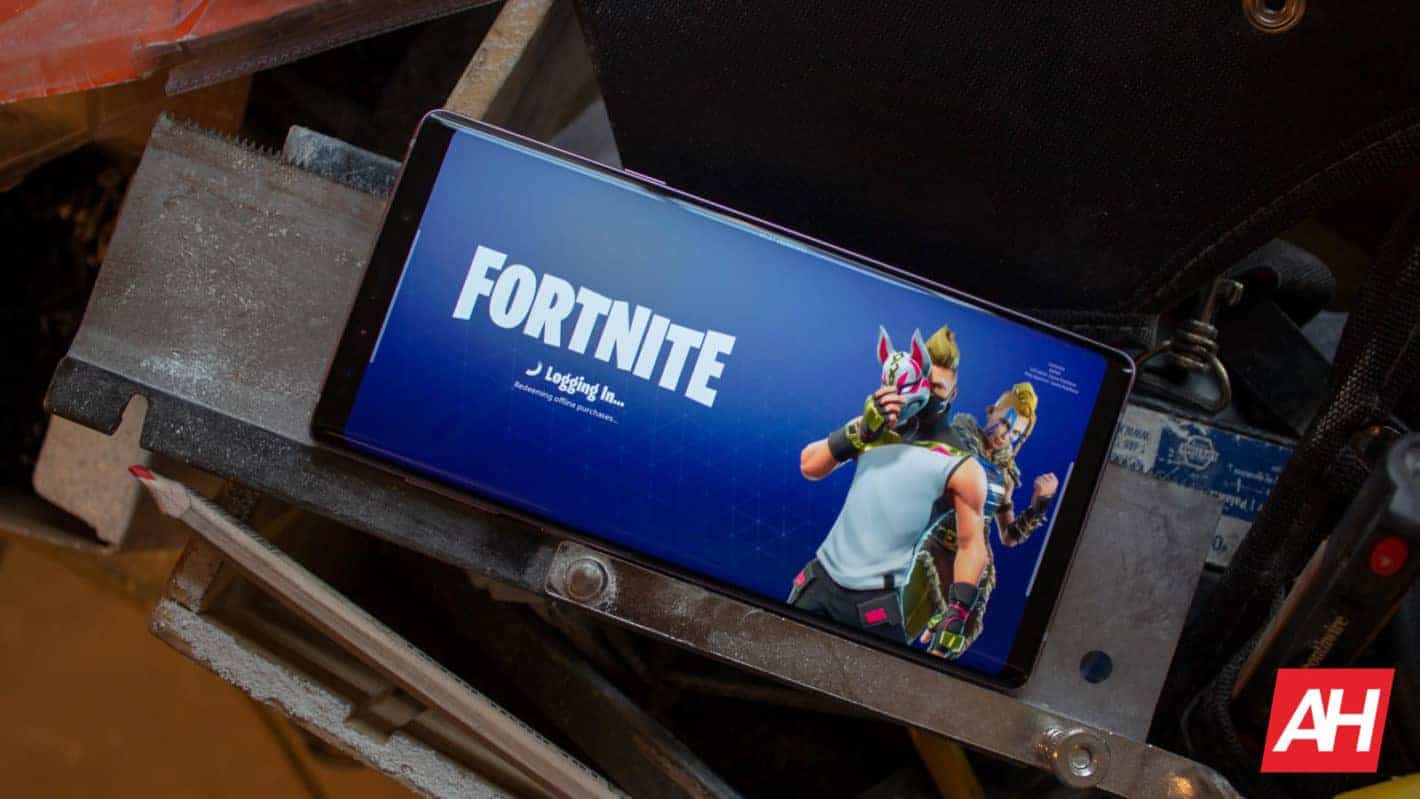 You read that headline right; you can now whip out your Bluetooth controller, DualShock 4, or other peripheral of choice, and lay the smackdown on your screen-smearing rivals in Fortnite: Battle Royale. USB OTG and Bluetooth controller compatibility should now be good to go. This update, patch 7.30, also adds in a new limited time mode and a number of new weapons and items.

The headliner for the loadout additions is the Chiller Grenade, a snowman's head that blasts unfortunate foes with intense cold, knocking them around and making them slip on the ice that the grenade spews all over the ground. Additionally, the bolt-action sniper rifle, burst rifle, heavy shotgun, and all variants of SMG have been put in the vault.

The suppressed SMG, in turn, has come out to play. Dual pistol aficionados will be sad to hear that their beloved weapon will now spawn less often in floor loot, now having only a 1.38% chance to do so. To cap off the major feature changes in this patch, Cozy Campground has gotten a bit of a visual overhaul.

A new limited time mode has been added, and it's quite a simple one. Dubbed "Solid Gold", the only changes are that all types of gathering and loot have increased yields, and all equipment drops are Legendary tier. This means shootouts will end up coming down to a single bullet in most cases, and players can build massive fortresses without having to spend a ton of time gathering first.

Tournaments now require players to be at least level 10, and a new tournament has been added. This new tournament is called Architect Pop-Up Cup and is playable in solo, duo, and squad modes. All the same settings from previous pop-up tournaments apply here.

Speaking to smaller changes, there have been memory and networking optimizations for all mobile platforms, meaning that players should be kicked out of matches less often, among other perks. Some client-side optimizations that were turned off in the 7.20 update have also been tweaked and re-enabled.

A bug causing vehicles to be damaged by balloons has been fixed up. Some tweaks have been made to Sneaky Snowman, as well; players will no longer get stuck if one lands next to them, and they're now vulnerable to the Boogie Bomb. Issues with gliders and the X-4 Stormwing have been fixed, as well. Gameplay fixes are rounded out by chests and floor loot getting bigger payouts between 20 and 30, and supply drops having increased materials from 40 to 60.

As to bug fixes, players using aim assist will now shoot at players in vehicles, rather than the vehicles themselves. Bugs that caused players to inadvertently swing their pickaxes or fire their weapons when switching between traps and weapons have been fixed. Zipline issues, screen shake with icy surfaces, and more have been fixed up.

Playground mode got a few tweaks this time around, too. For starters, the guided missile is gone. The Spiky Stadium supply drop has also been removed, which means that there is no loot in that area. This is reportedly because of a bug causing players to get kicked to the lobby.

Streamers will find that the game's built-in Streamer mode is gone now. It's been replaced by Anonymous mode, which saves you from stream snipers by hiding your name other players' names. Neither feature is usable in tournaments.

Finally, on the technical side of thing, three devices now have 60Hz support for smoother gameplay. Those are the Samsung Galaxy Note 9, Huawei Honor View 20, and Huawei Mate 20 X. Sony devices, with their hidden smoother screen modes, are a curious omission. As an aside, many of the same changes in this patch are coming to Creative Mode, along with Piano Keys and Music Blocks.

One for the history books

This is one of the largest patches in Fortnite's history, and is literally a game- changer in many ways. With the loadout changes discouraging spray and pray gameplay, and controller support allowing a cohesive experience across all platforms, expect to see a much higher skill threshold take over the top echelons, even on mobile.

Changes to non-core modes, meanwhile, will enrich the experience and iron out some bugs. Tournaments, for instance, will no longer be clogged up with unskilled players, and Creative Mode is getting a massive influx of new stuff with this update, including items that give players the option to create their own music.