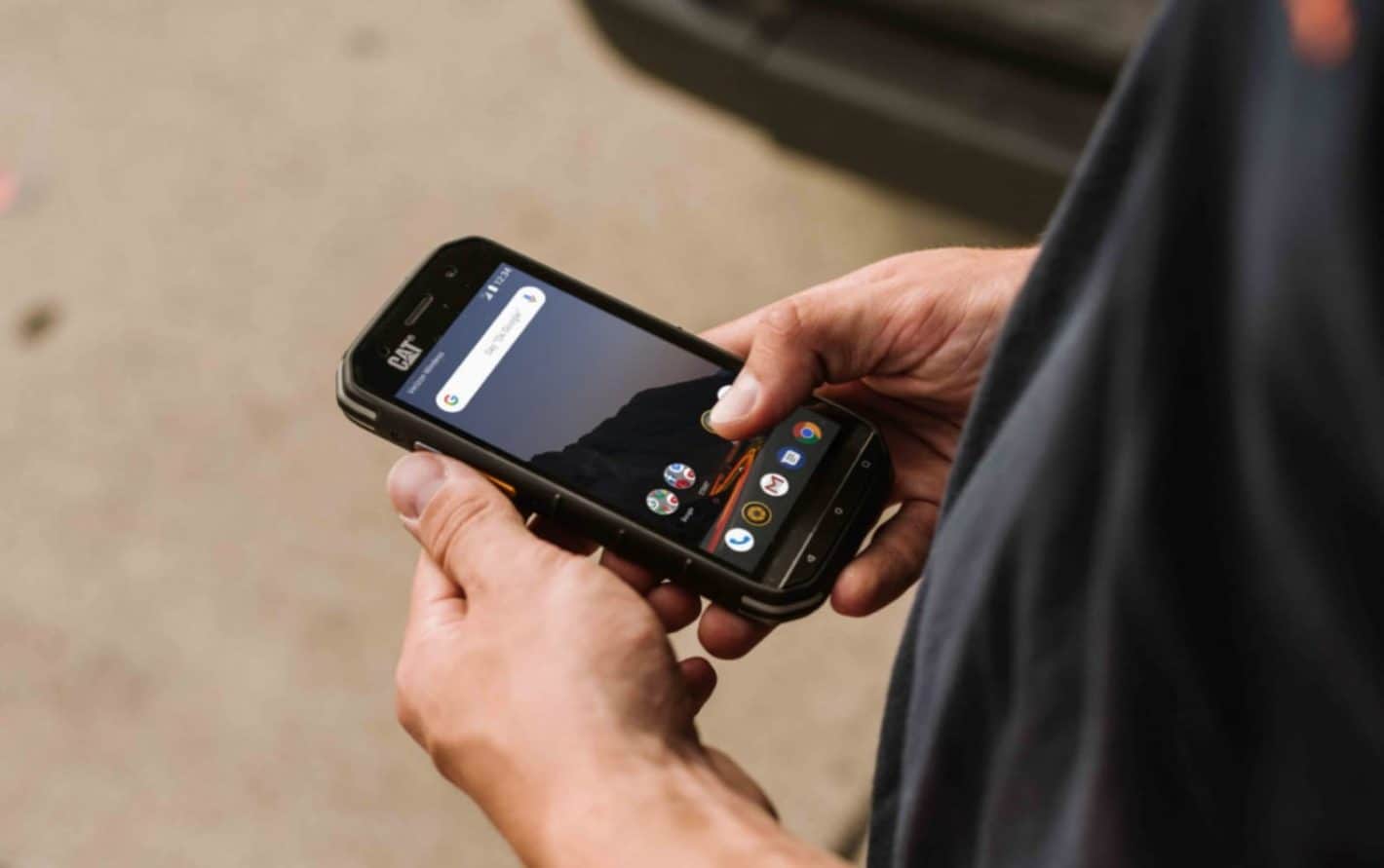 Bullitt Group's super-ruggedized CAT S48c mid-range handset is making its way over to Verizon this month following its recent launch on Sprint's network, based on an announcement by CAT Phones as part of this year's CES 2019 event in Las Vegas. The phone is now available for's enterprise and business customers for $599.99 or $249.99 with a two-year contract and will be ready for purchase at its full retail cost directly from CAT later this month. As its branding implies, the CAT S48c is a device especially intended to offer modern smartphone benefits in the toughest environments.

The S48c is rugged but capable

Under conditions that would ordinarily either destroy or shut down most handsets, the CAT S48c is designed to keep performing at its peak. Not only is the MIL-SPEC 810G certified handset rated for drops onto concrete from up to six feet and shipped with a comprehensive two-year warranty that will replace the screen if it breaks during that period. It's also been certified "Non-incendive Class I, Division 2, Group A-D, T4 hazardous locations" for use in environments where flammable gas or flammable vapors are ordinarily a risk for smartphones. For environments subject to extreme heat or cold, the CAT S48c is engineered and tested to withstand temperatures from negative thirteen degrees Fahrenheit to 131-degrees. The 5-inch FHD touchscreen is coated in Corning's Gorilla Glass 5 but also features enhancements to work with some work gloves or with wet hands. An IP68 rating for dust and water resistance allows submersion at up to four feet for 35-minutes to top all of that off.

None of that means the CAT S48c is a slacker in terms of other specifications either. The device ships with Android Oreo but the OEM has promised an update to Android 9 Pie and that experience is driven by an octa-core Snapdragon 630 SoC clocked at 2.2GHz. A respectable 4GB RAM and 64GB of storage — expandable to 128 via micro SD card — backs that up while 4G LTE is extended to included VoLTE on the connection side. For faster voice messaging via push-to-talk, a dedicated button is built into the side that can also be reassigned for launching other apps or features. That physical button is accented by forward-facing hardware-based navigation keys while a 5-megapixel camera sits above the display for video conferencing or the odd selfie. A 13-megapixel flash-enabled rear camera allows job site, work project, or personal photos to be snapped clearly and easily, even underwater. That's all powered by a 4,000mAh battery rated at up to 30-hours of talk time on 3G.

Mid-range phones are almost always subject to trade-offs in favor of lower pricing and that is generally only amplified when ruggedization is thrown into the mix. That's chiefly due to costs associated with testing, certification, and building extra-durable handsets but the latest CAT offering doesn't appear to make many compromises at all by comparison. One glaring ommission relative to other smartphones is that the CAT S48c doesn't ship with a fingerprint scanner for biometric security. That's not necessarily a big dealbreaker for most users the device is intended for and likely helped keep the cost down, making the handset a solid addition to the carrier's rugged smartphone lineup.