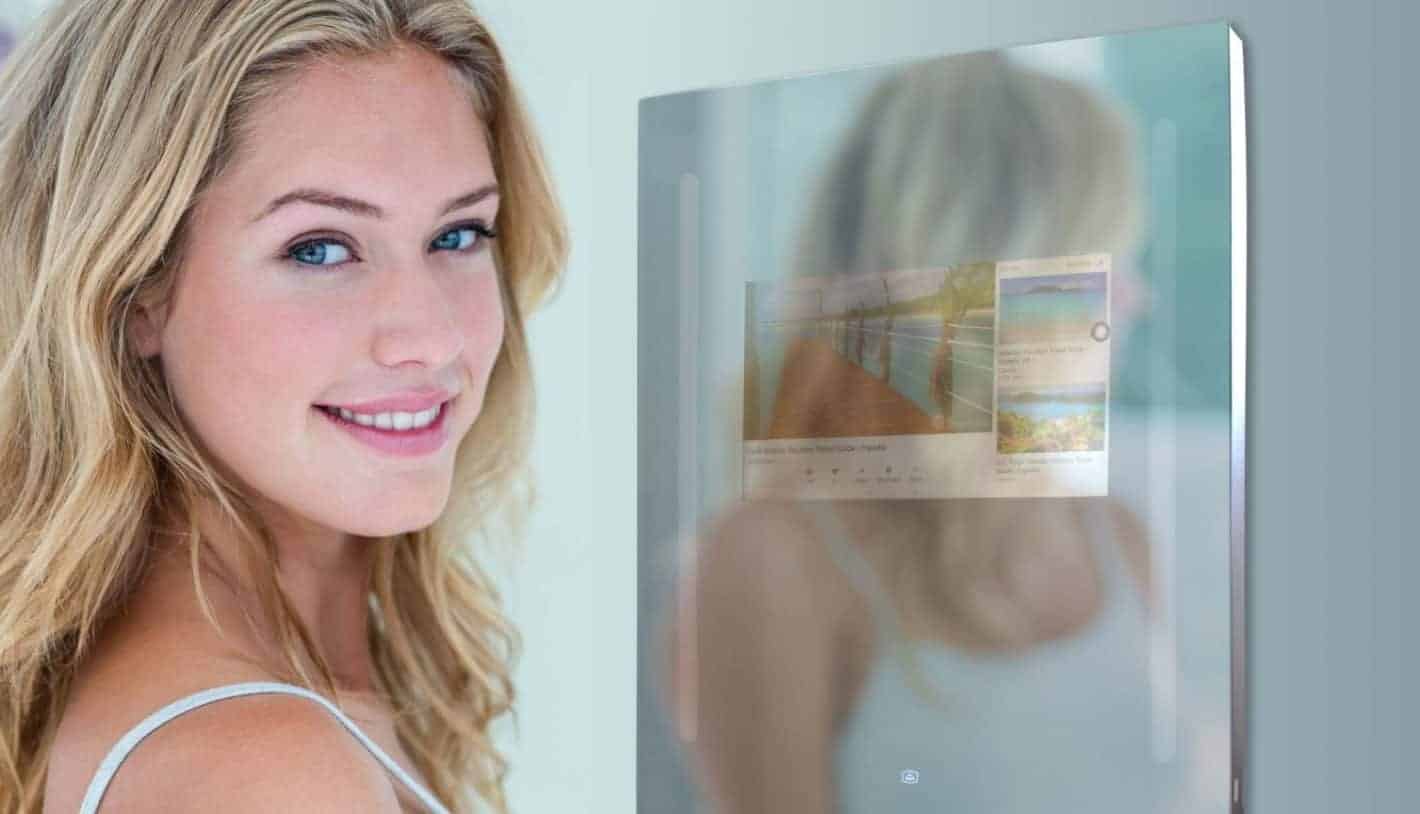 Capstone Connected Home took to Consumer Electronics Show 2019 to announce its latest Smart Mirror, debuting a device with Google Assistant support and a timeless design that’s as equally discreet and functional. The gadget is capable of differentiating between half a dozen voices and sports a traditional touchscreen, with Capstone planning to release it in a wide variety of sizes, all using the 19×22 format. Pre-orders are planned to go live in the coming weeks, with early adopters being scheduled to start receiving their shipments by the end of the current quarter of the year, though no firm pricing details have yet been disclosed.

The Capstone Smart Mirror is essentially an Android-friendly intelligent display akin to the Google Home Hub but one that won’t make you squint while you’re trying to make sense of what it’s showing to you from across the room. Regardless of whether you’re looking for a weather forecast, real-time stock prices, an overview of the latest news, or are just in the mood for some YouTube, engaging with any one of those solutions is as simple as telling Google to display it on the newly launched AI-infused mirror.

The gadget’s support for six voices facilitates the process of switching between different Google accounts, which is one of the factors Capstone cites while explaining why its latest solution is “family-friendly.” The device can also be controlled via the Capstone Connected Hub, a tablet-like creation designed to operate on the same Wi-Fi network. While this particular gadget is likely to be sold separately, Capstone already vowed to make it compatible with a wide variety of its future products. As is the case with many smart home companies today, what Capstone is pitching with its Smart Mirror is essentially an entirely new product ecosystem that’s promising to grow and become more useful moving forward. Naturally, the massive number of rivaling solutions means some firms in the space will inevitably fail, though Capstone’s intelligent mirror appears to be a decent prospect, assuming the market is ready for such devices.

The design of the newly debuted gadget makes it suitable for a broad range of installations, including those involving stands and hangers. Capstone says it went for what can be described as a timeless aesthetic in order to make the Smart Mirror as versatile as possible and avoid alienating certain consumers simply based on niche tastes. As a result, some reviewers may find the Smart Mirror to be a bit generic, though many industry watchers previously argued a seamless blend of form and function is precisely what technology should be about, especially in the context of smart homes. By most indicators, that’s exactly what Capstone managed to accomplish.

2019, the year mirrors got smarter

The very concept of smart mirrors is far from new as the tech industry has been exploring it for many years now, though this year’s edition of Nevada-based Consumer Electronics Show saw several major manufacturers embracing such solutions in the context of consumer-grade products. Besides Capstone, appliance behemoth Kohler also jumped on the smart mirror bandwagon which it announced in Las Vegas, whereas Android Headlines recently discovered HP has previously been experimenting with a similar device, though its plans in the segment remain unknown.

Outside of the Internet-enabled mirror space, other manufacturers are presently also toying with the idea of combining Android (Things) and artificial intelligence with massive screens. As already seen at CES 2019, GE Appliances will soon be trying to dominate modern households with its enormous 27-inch Kitchen Hub. On a fundamental level, that particular product is not too dissimilar to the Capstone Smart Mirror; it may not be reflective but it’s essentially just another giant screen allowing users to control their connected households and browse the World Wide Web by relying on nothing more than their vocal cords. Whether this trend continues throughout 2019 remains to be seen as the rise of smart mirrors is still far from guaranteed seeing how CES often paints an unrealistic picture of what new gadget categories consumers can expect to dominate the tech space in any particular year, primarily due to the sheer volume of vaporware that’s usually present at the largest consumer electronics trade show on the planet. Regardless, after many years of (mostly failed) experiments, it appears relevant technologies such as IoT solutions and AI finally became advanced enough to make the concept of smart mirrors an industry mainstay. 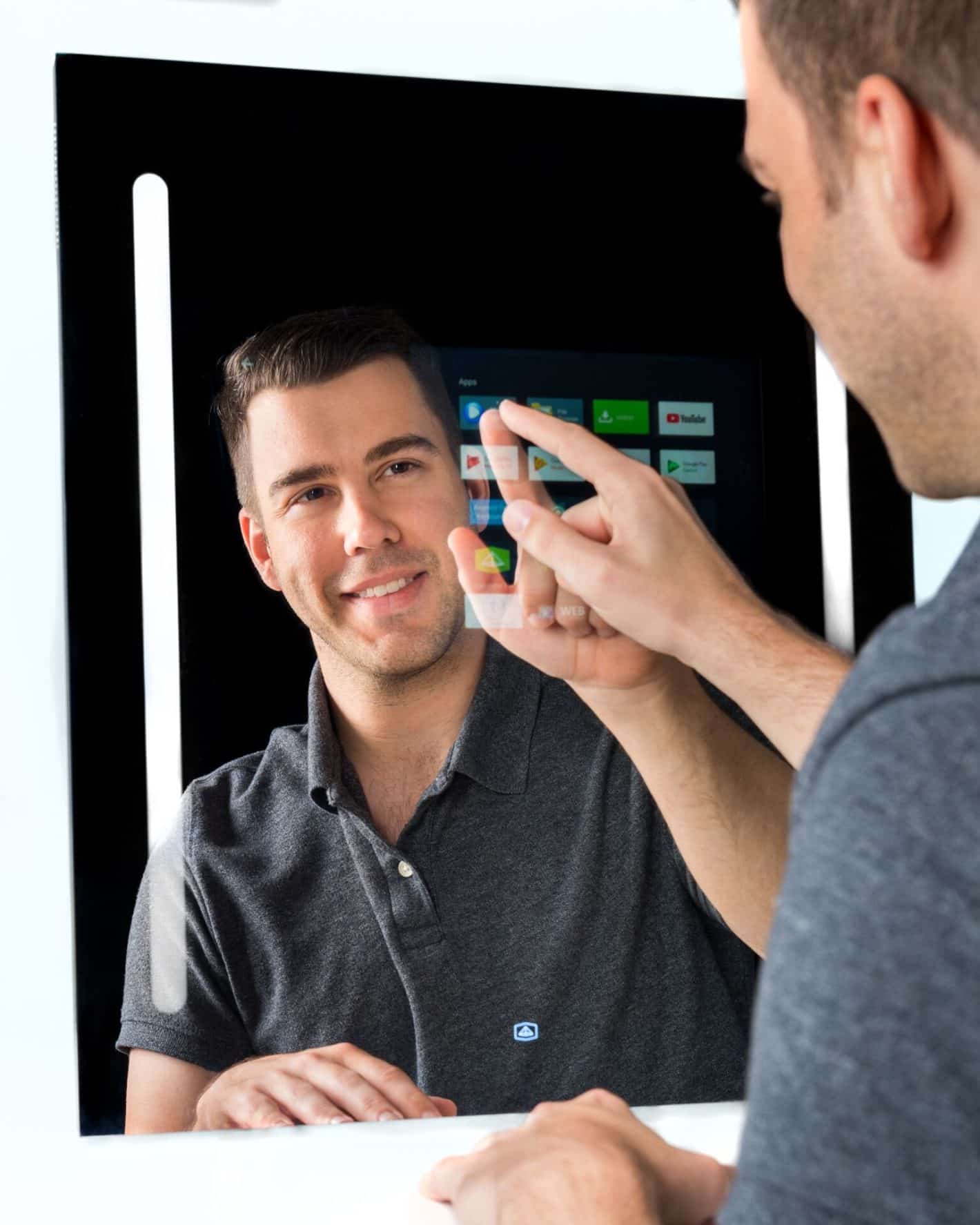 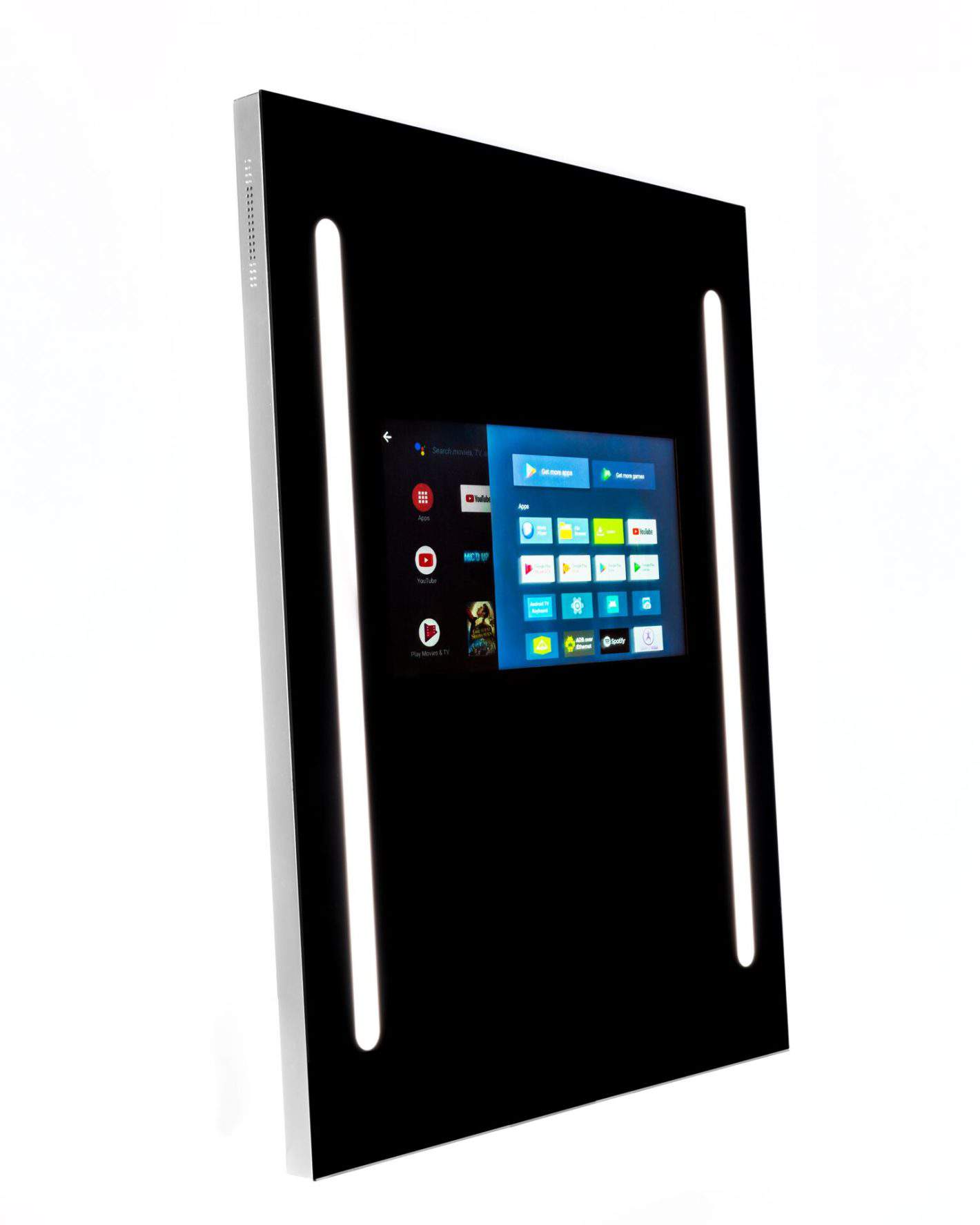 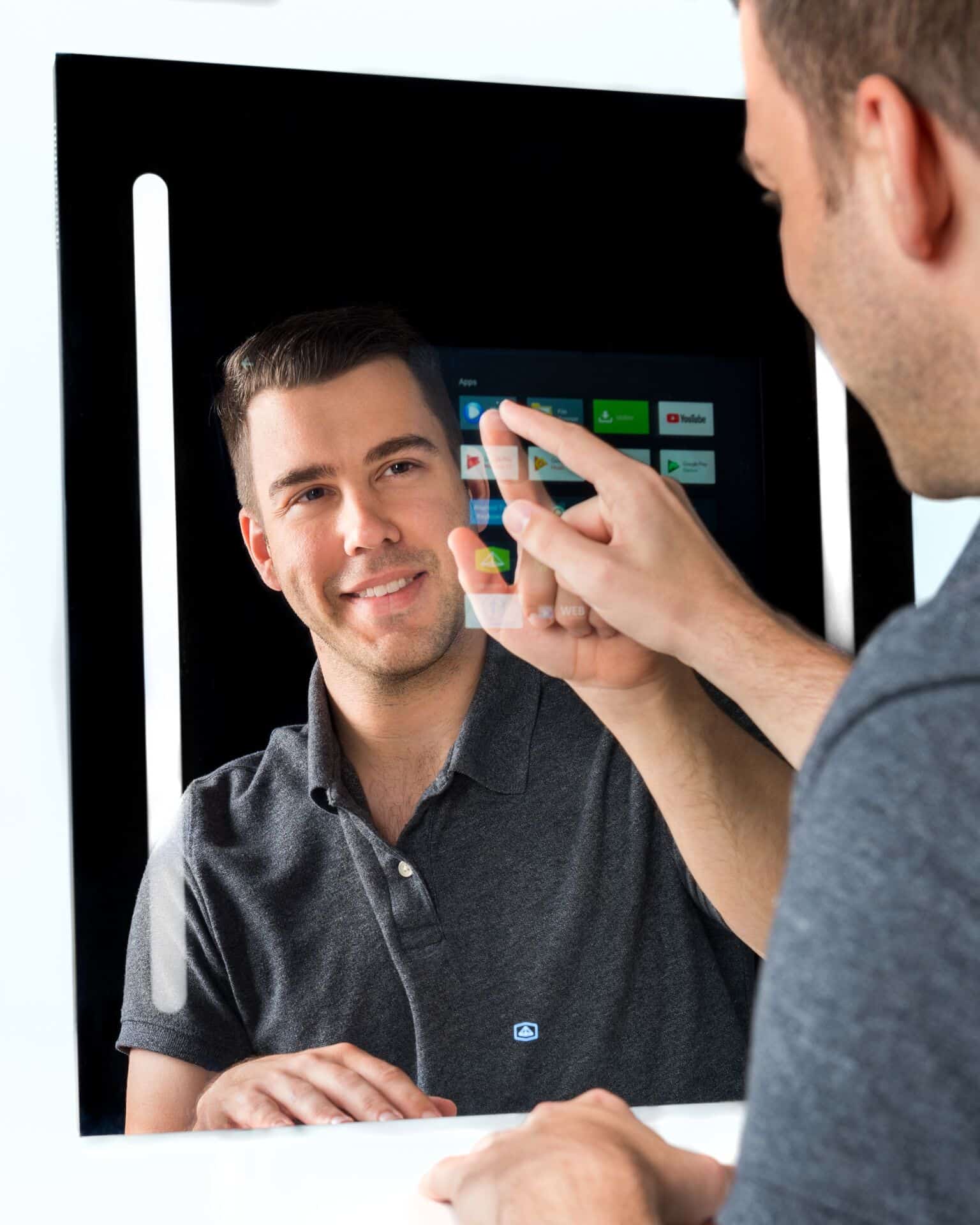 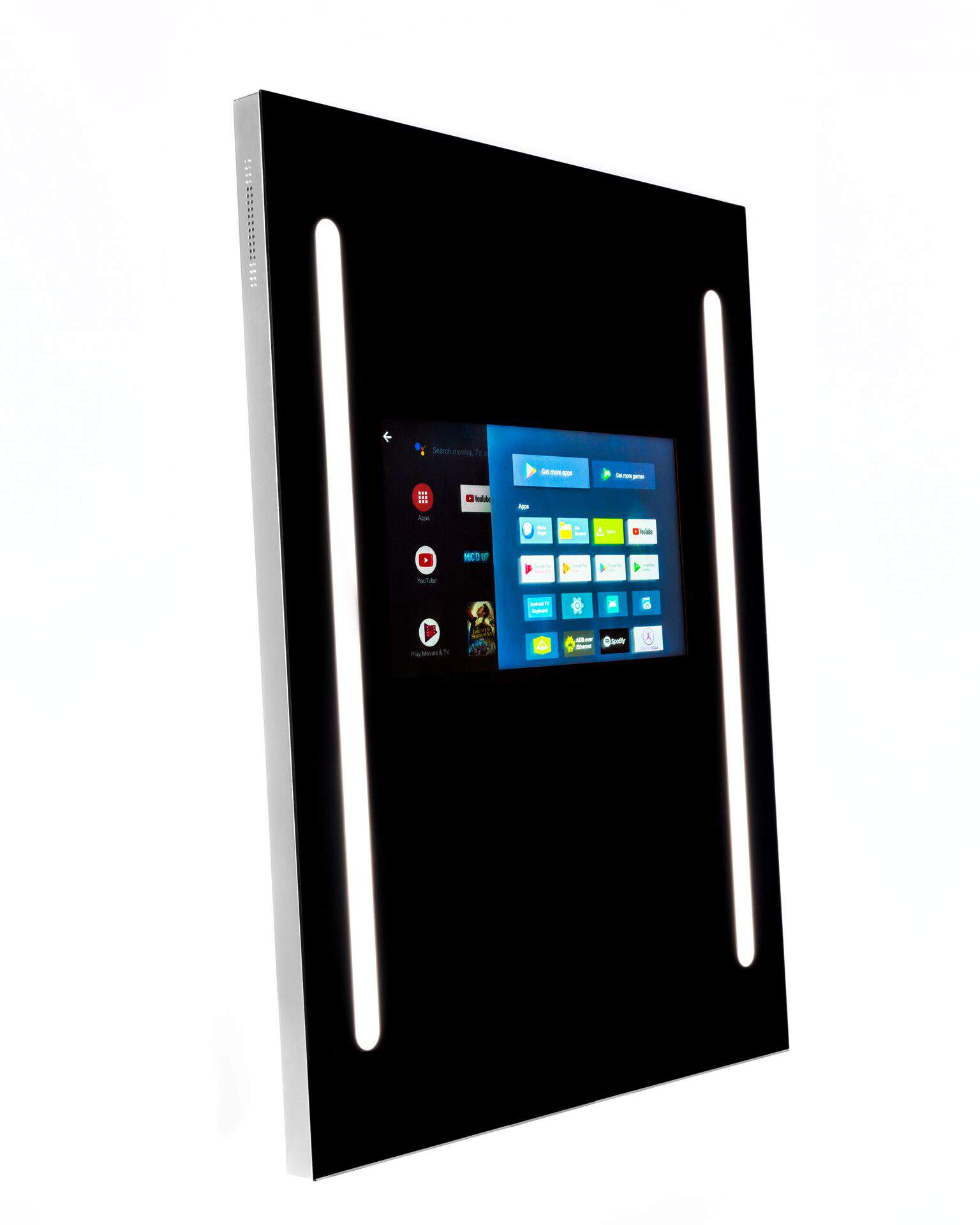