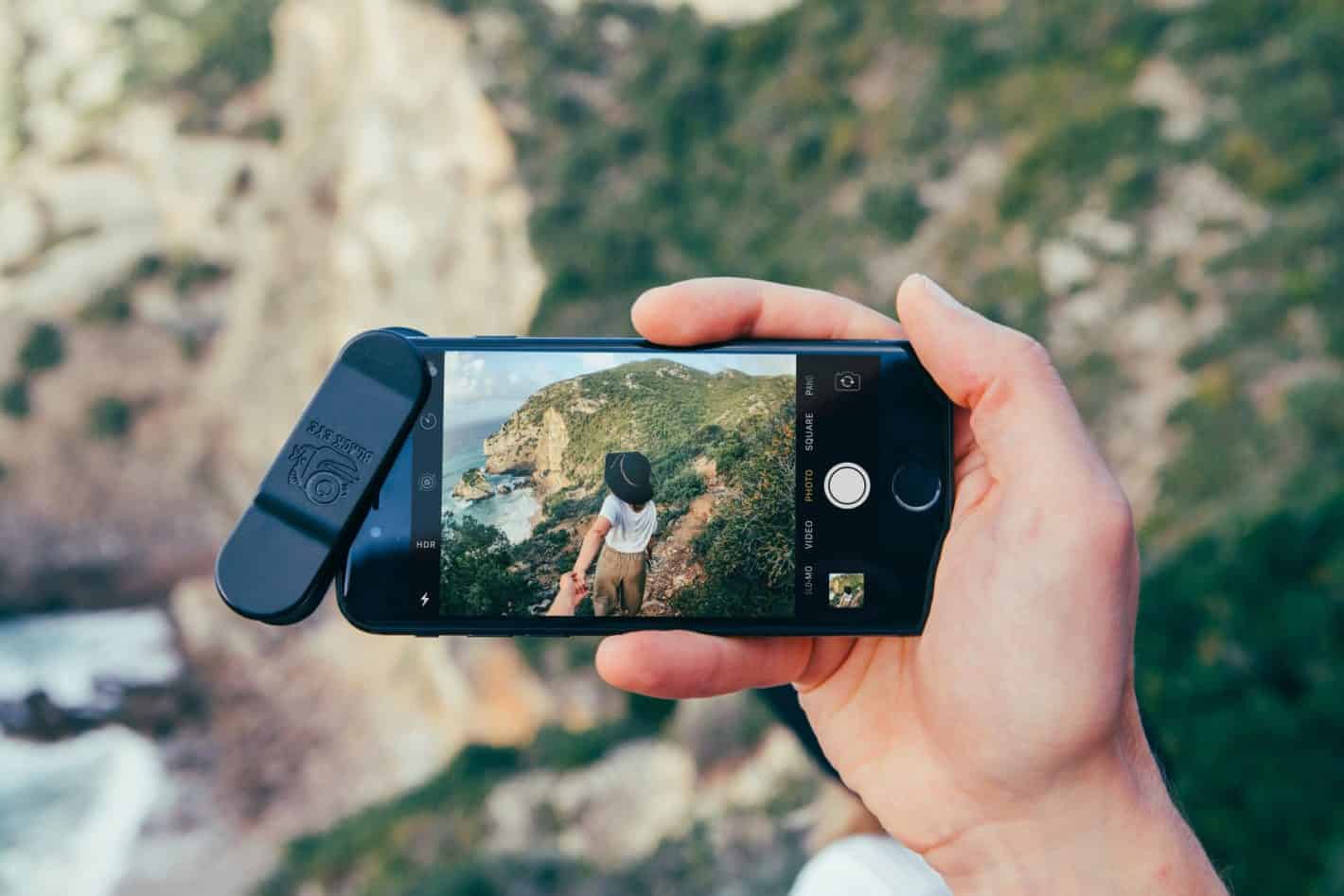 Black Eye, a relatively new camera lens maker, took to the showroom floor at CES 2019 to show off the fourth generation of its smartphone lens clip lineup. The maker's product portfolio has now grown to nine products across three different series for different use cases. The fourth generation lenses being announced today are intended for still photography, but can be used for video, albeit with slightly less impressive results. The newest generation of photography-focused lens clip-ons for smartphones includes five new lenses, along with a few kits that include multiple lenses and can save you some money, and finally, a revision of the always-essential case for keeping the lenses safe and scratch-free.

Background: All five lenses in the fourth generation have been refined with industry-leading optics, according to Black Eye. They've been redesigned from the previous generation, and optimized to reduce vignetting and provide better flare protection and superior overall image quality. The cheapest lens in the new lineup is the Macro G4, which will get you 15x optical zoom with a 20-26mm focal distance for only $34.99. An extra $10 will net you the Wide G4, which grants your phone's camera a 160-degree viewing angle. You can get both of those together for $64.99. Moving up into pro lens territory, each lens costs $89.99. Here, you have the Pro Portrait Tele G4, which has a 40-degree viewing angle and 2.5x optical zoom. Next up is the Pro Cinema Wide G4, which is able to get you up to a 120-degree viewing angle with no distortion or leading lines. Finally, there's the Pro Fisheye G4, a 175 degree lens made for action and POV shots. $149.99 will get you a travel kit that includes the Pro Portrait Tele G4 and the two more basic lenses, along with a sturdy case that boasts a carabiner clip. Those that want a bigger bundle can pay $249 for all three pro lenses and a case, an option that comes out later this quarter. For those who may rock an iPhone for photography alongside their Android device, cases for various iPhones will be out in the same time frame, and will cost $19.99.

Impact: There are products of this sort that sit at the lowest end of the market, available by the truckoad on sites like eBay and GearBest, then there are super high-end smartphone lenses that cost hundreds of dollars. Black Eye's gear has always been about bridging the gap between those two extremes, and this fourth-gen lineup does the best job yet. Entry prices are low enough that anybody could score one of these and start exploring photography with their phone for less than they would pay for a comparable used DSLR online, and pros can turn their smartphone into a portable secondary workhorse with the higher-end and specialty lenses on offer. It's worth noting that these lens clips are not magical by any means; they'll serve well when clipped onto a smartphone with a decent camera, but a bad smartphone camera with a good lens clipped on is still a bad camera, so don't expect this product lineup to revolutionize amateur photography. Still, it's a great value proposition in a space that's not quite crowded enough to fill in every possible price point just yet.