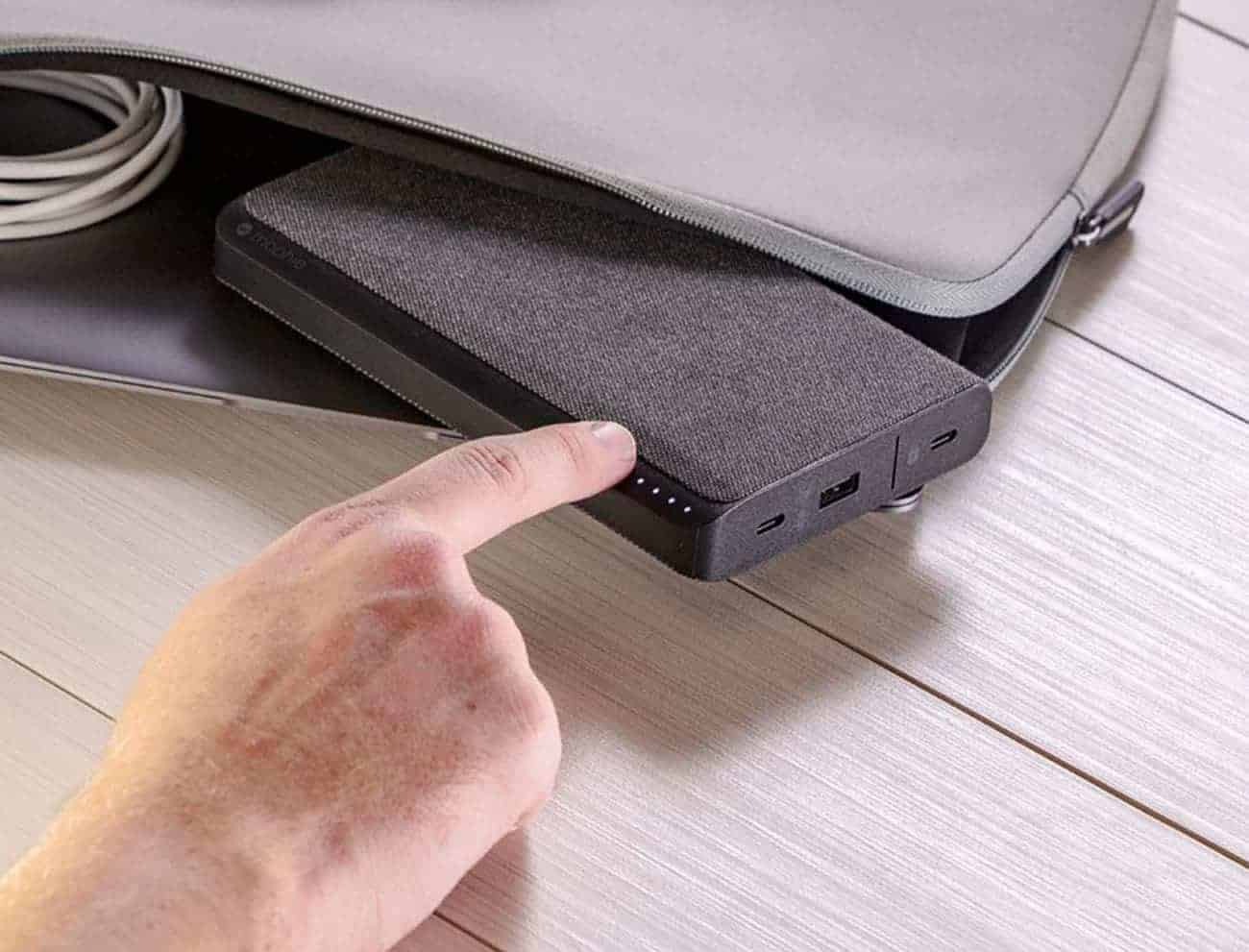 USB-C has been the future for a few years now, but there are a couple of added letters to that, which are the future. And that's USB-C PD, or USB-C Power Delivery. Essentially, this is a safer way to deliver more power, without risking blowing up your phone. Companies are starting to move towards USB-C PD for fast charging, and more will do so int he future. But it also works for charging laptops and such that need more power to charge.

USB-C PD is still pretty new for battery packs, but there are a number of great ones on the market. However, which are the absolute best? Well, we've looked over them all, and have put together a list of the absolute best. These are all battery packs you can buy right now, not in the future, but now.

The AUKEY Power Delivery Power Bank caught our attention for a few reasons. Firstly because it does offer up a rather unique form factor, among USB-C PD battery packs. And that is the fact that it is a slimmer battery pack. This sports a 10,000mAh capacity, but it can still fit in your pocket. So you don't need to carry a bag with you for your battery pack.

This has USB-C for input and output and can put out about 18W of power. So it's not the most beefy battery pack out there, but it'll do its job.

Now it didn't stop at USB-C PD. It also has Qualcomm's Quick Charge 3.0 for fast charging through its USB-A port. Which is also a good thing to see here.

With a 10,000mAh capacity, this battery pack is not going to last super long. It'll charge your phone about two to three times before itself needs a recharge. And if you are planning on charging your laptop or your Nintendo Switch with this, it'll give you a little bit of extra juice, but not a lot.

AUKEY sells this Power Delivery Power Bank over on Amazon, and it's $29.99, making it one of the more affordable USB-C PD power banks out there.

RAVPower's option here has a bit more juice than the AUKEY option above. This will actually be able to fully charge your laptop while you're on the go. Which is a great reason to pick this one up. Of course, with USB-C, it can charge much more than just your laptop. It also uses USB-C for recharging, so you can travel with a single cable now and charge everything.

This battery pack is capable of recharging at up to 30W, and it's currently one of the few battery packs that are capable of doing that. Which is rather impressive. If you have a Nintendo Switch, this is a really good option to pick up to keep your Switch recharged while on the go.

As you might expect, this one is a far bit more expensive than what AUKEY's is going for, with a much higher capacity and charging rate of 26,800mAh. It is priced at $79.99 on Amazon, but it is definitely worth that money.

This is another option for a USB-C PD battery pack, and it does have 20,100mAh capacity despite its name. This is enough to charge your phone a few times, and also charge your laptop or Nintendo Switch completely. Which is super clutch when you are traveling.

Anker included a USB-C port that does input and output, and it can also do output of up to 30W, similar to the RAVPower battery pack above. That is fast enough to charge a laptop while you are using it. It is also going to provide some pretty fast charging for your smartphone, which is always nice to see.

That's not all that is included here, Anker also included a USB-A port, so you can charge your smartphone and your laptop at the same time. This USB-A port sports the company's proprietary PowerIQ Technology, which will fast charge your phone, and give it as much current as it can take. That's up to 2.4A though, so it's not super fast, but decent enough.

This makes for a really good battery pack to pick up, especially if you do a whole lot of traveling, as you're going to be able to keep your devices charged up while on the go. Now what makes this more expensive than the RAVPower model is that you get a USB-C PD wall charger included as well. Which is not included with the RAVPower battery pack. The Anker PowerCore Speed 20000 PD is priced at $99.99 from Amazon.

USB-C PD is still fairly new, so there aren't a whole lot of options out there for USB-C PD battery packs, but they are amazing. Imagine being at the airport waiting on your flight. Your flight is delayed and you need to charge your laptop so you can get some work done. But everyone is using the very few outlets available in the terminal. Well you don't need one. Your battery pack will keep you charged up for many hours. Which makes these battery packs lifesavers. Not just for travelers, but those that like to work away from outlets.

All three brands listed above: AUKEY, RAVPower and Anker, are all trusted names in the battery pack industry. So these are all really great options to pick up if you are looking for a new battery pack. These all fit different bills, with AUKEY's being made more for those that want something slim, while RAVPower is for someone that wants a lot of juice. And Anker is the compromise of the two. Plenty of power, but somewhat thin.