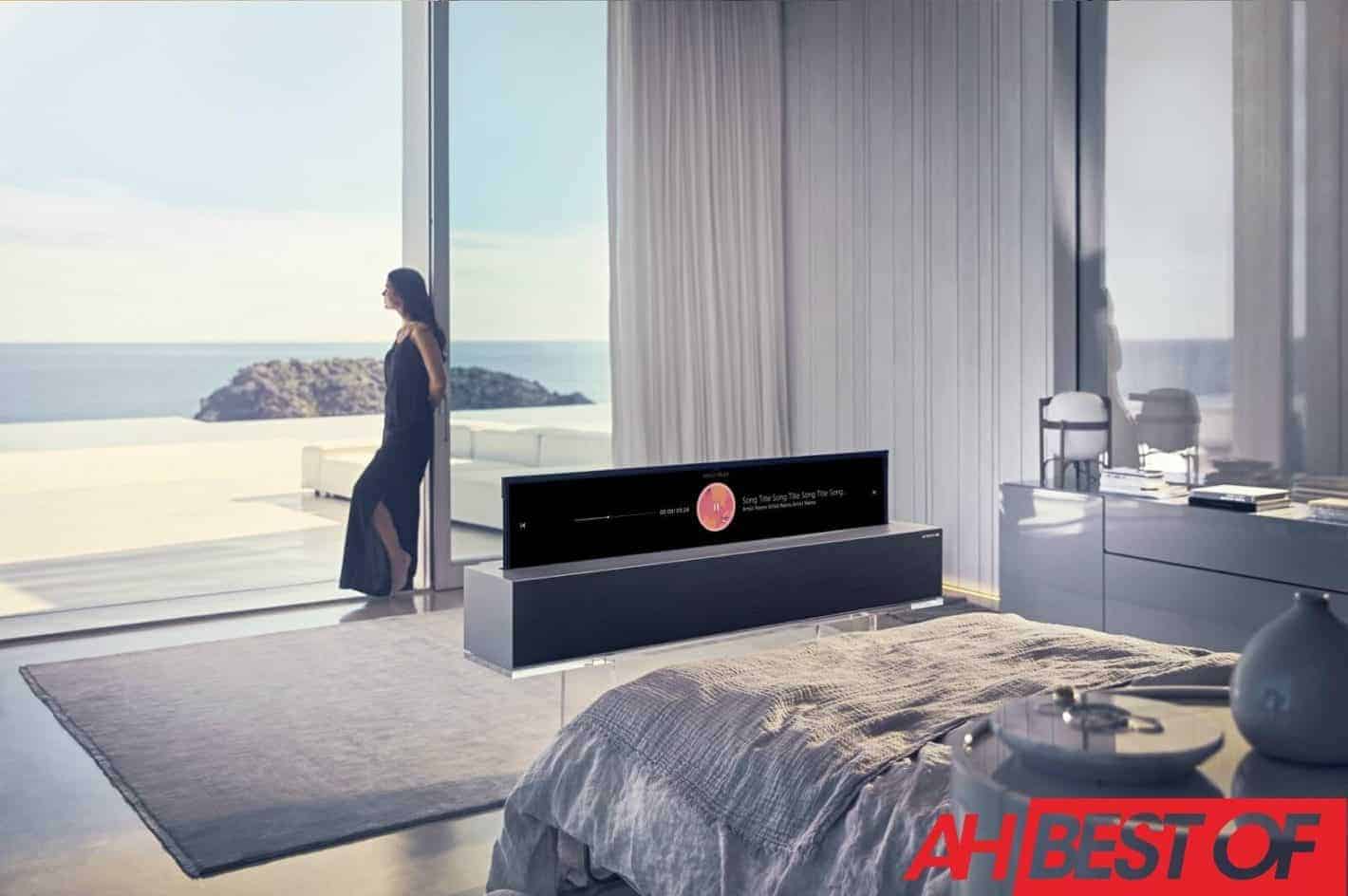 LG's rollable TV is a legitimate game-changer for the home

CES 2019 was not the first CES event to see LG's rollable TV, but it was the first time the TV has been showcased in a near-finished and consumer-ready state. So much so, that it has now been given an official name, the LG SIGNATURE OLED TV R.

What's more, it is now officially confirmed as set for a consumer release in 2019.

All of which makes the LG SIGNATURE OLED TV R one of the most exciting products to be announced at this year's event and a worthy winner of a 'Best of CES' award.

Even when the TV has totally been submerged, the device as a whole is not out of action due to the unit maintaining the ability to act as an audio output for music playback.

Most brands working on a product like this would probably have left it there with either an "up" or "down" mode. But this is LG, and true to LG style, the company opted to add in some additional features including a "Line mode."

This third mode is naturally designed to sit somewhere between the other two. For example, when users opt for this mode the TV recedes about 75-percent of the way leaving only a slither of the display visible. From here, that slither is used to facilitate the use of the device as an entertainment hub where the user can either control music playback, view pictures, or create a more ambient setting for the room.

Beyond what might be considered the more novelty aspects, the LG SIGNATURE OLED TV R is first and foremost a TV, and this has not been lost on LG. As the SIGNATURE OLED TV R comes with all the trappings you would expect from a top tier product including a 4K OLED panel and a 100-watt audio system. This is also equally as smart as any TV gets thanks to the inclusion of ThinQ ecosystem support, as well as Amazon Alexa and Google Assistant support.

All in all, the LG SIGNATURE OLED TV R is impressive on multiple fronts and if you were just to focus on the TV, then you can expect an as good as it gets experience.

If you were to just focus on the rollable action, then you are getting something that you won't get from any other TV currently on the market. What's more, this has been in development for some time so although it is a first-generation consumer product, it looks, feels and works more like the well-crafted product that it is.

When taking all of these things into account, it becomes clear that this is a TV unlike any other and one of the standout products that were on show during this year's event. In other words, a product easily worthy of a 'Best of CES' status.