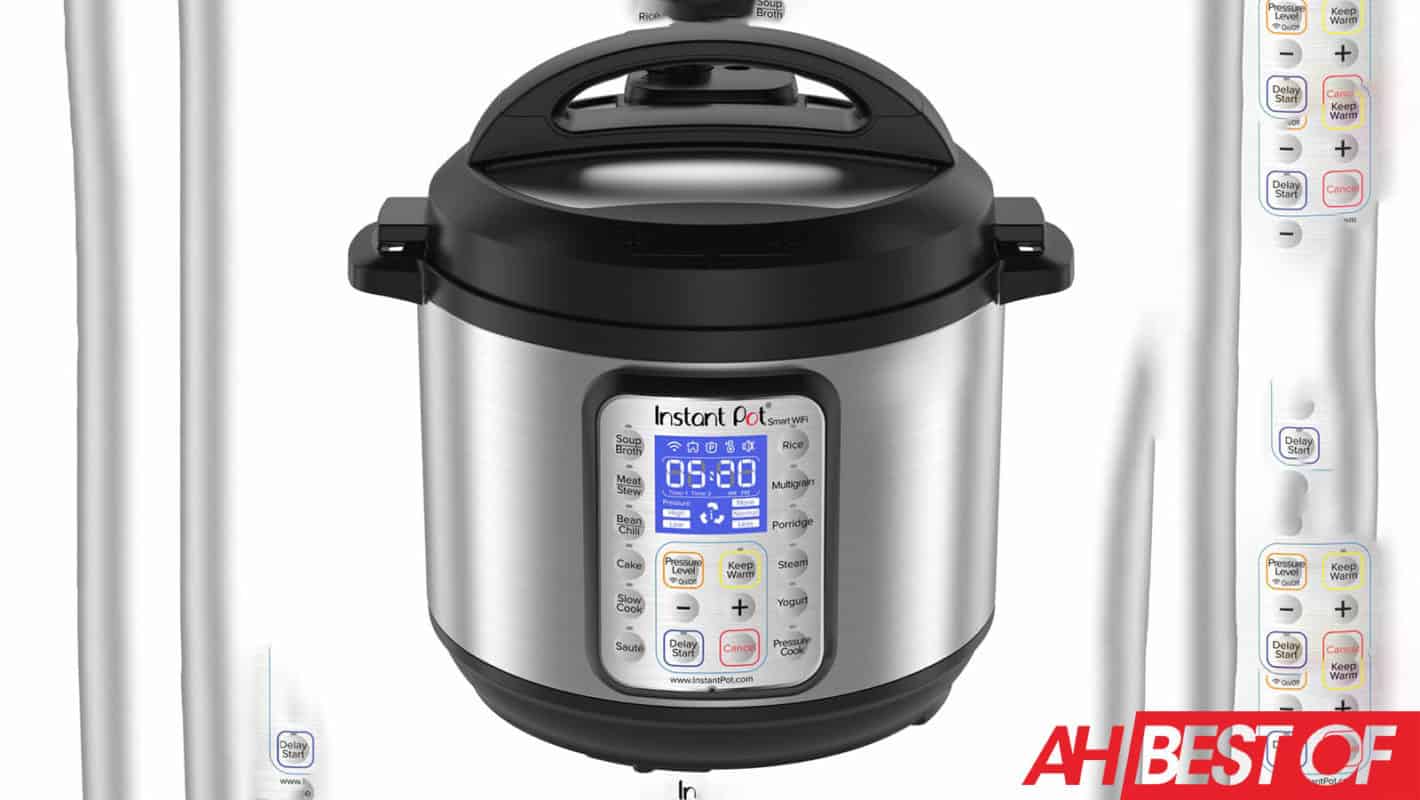 The new Instant Pot Pressure Cooker may seem a bit underwhelming relative to many other products unveiled at CES but it is an instant classic simply due to the fact it answers one of the currently most important questions in the emerging smart home space.

Consumer Electronics Show, the world’s largest such gathering on the planet, is traditionally the venue of choice for all sorts of bizarre technologies, from dancing robots to intelligent toothbrushes and even attempts at reviving some old and obsolete product concepts with a new twist, like adding Internet connectivity to a gramophone or releasing an HTC Android handset in 2019. Due to that eccentric state of affairs, it’s rare that something relatively mundane gains any traction during that January event in Las Vegas but that’s precisely what Instant Brands now appears to have achieved.

The company took to this year’s iteration of CES to unveil a promising incoming update to the Instant Pot, a popular smart pressure cooker that’s now getting support for Google Assistant. As is usually the case with that kind of features, Instant Brands’ willingness to embrace the said artificial intelligence companion allowed it to develop a gadget that can literally cook for you if you ask it to. Because as great contemporary smart home devices are, you still aren’t used to saying things like “hey Google, prepare some rice, I’ll be home in 20 minutes.” That’s precisely what an up-to-date Instant Pot model will allow you to do, adding even more versatility to its already impressive portfolio.

Given how the gadget in question has always been Internet-enabled and was originally envisioned as a relatively capable and somewhat automated appliance, the addition of Google Assistant to its skillset certainly seems like a logical move, yet few manufacturers have yet attempted to experiment with such solutions in the real world. Instant Brands does have an advantage in that its online pressure cooker has already been widely touted as a great product that’s well worth the money even without being compatible with arguably the smartest digital helper on the planet, at least in terms of AI. At the end of the day, what’s the point of having an always-on, always-happy-to-oblige know-it-all of an assistant if it can’t cook for you? While that may be an oversimplification, it’s also an amazing selling point because it provides easily observable value to consumers and is hence straightforward to communicate.

When you pair such appeal potential with the fact that Google Assistant is now being integrated into a proven host that’s been one of the most universally praised home appliances in recent times, that certainly sounds like a recipe for success and is more than enough for Instant Brands’ announcement to stand out at the latest edition of CES, a trade show that certainly earned its elite status but also one that’s often been criticized for being dominated by vaporware and ridiculous contraptions meant to make headlines instead of helping consumers, which is hardly commendable for what’s supposed to be an event that’s so centered on consumer electronics it’s actually named after it. Whether The new and improved Instant Pot actually ends up becoming an even greater hit with the addition of Google Assistant remains to be seen but regardless of that, Instant Brands certainly appears to be on the right track when it comes to blending functional hardware with cutting-edge AI, with its core philosophy being not to overcomplicate things, which is a concept that’s been notoriously difficult for most of the tech industry to grasp.