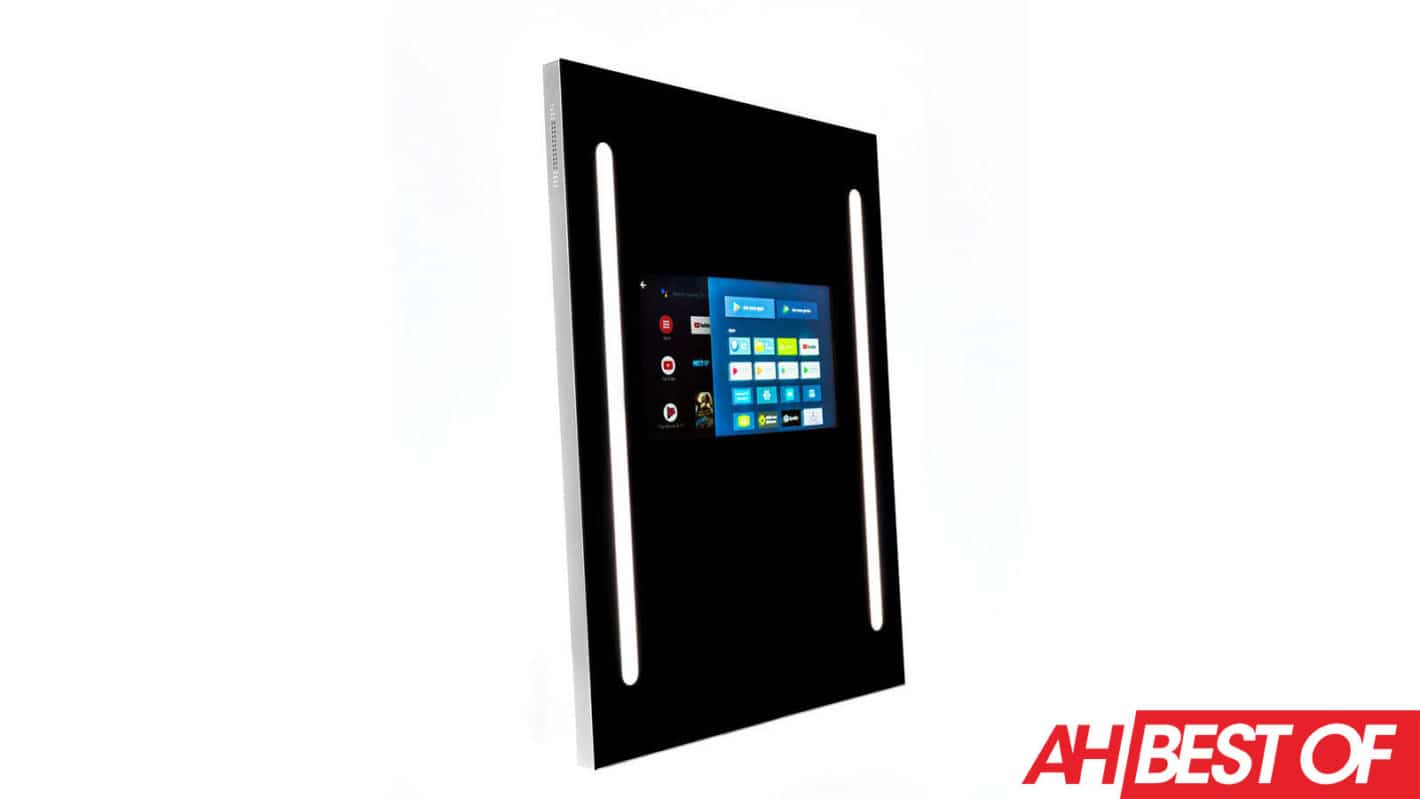 Capstone checked all the boxes with its latest gadget and appears to be close to making smart mirrors actually relevant.

Smart mirrors are a concept the tech industry has been exploring for many years, without much success. And despite the fact that artificial intelligence assistants have been making their way to speakers, soundbars, displays, and television sets for quite a while now, no company managed to come up with a good idea of why putting one in a mirror makes sense. One look at the Capstone Connected Home Smart Mirror could make one thing the answer is easy but getting to this point certainly wasn’t easy. The newly announced contraption that the firm has been showcasing at this year’s Consumer Electronics Show is essentially the epitome of what excellent consumer-grade technology is; it’s consistent, versatile, intuitive, and perhaps most importantly – virtually invisible, at least when you need it to be.

The 19×22 mirror is planned to be produced in several sizes intended to fit virtually any room in a modern household, with Capstone designing it to seamlessly blend with a broad range of surroundings. The most compact model will by 19 by 22 inches in size, though the Virginia-based company has yet to detail the dimensions of the rest of the lineup. When not in use, the Internet-connected mirror does little to give away its AI-infused nature but the built-in Google Assistant is quick to respond to any queries or commands at all times. An integrated display allows it to function like a larger Google Home Hub or Lenovo Smart Display which you can hang on most surfaces, put on a stand, or even just lean against a wall. Better yet, it’s running a full-fledged version of Android, meaning the Google Play Store is part of the package, allowing you to download countless apps such as YouTube and Netflix.

While its form factor and Google Assistant support make the Capstone Smart Mirror a seemingly more capable alternative to voice-enabled displays, this gadget can also be described as a somewhat less portable tablet seeing how it can easily be used as one due to its touchscreen. And while none of its aforementioned features can be described as true industry firsts, the idea to equip an Internet-enabled smart mirror with LED lights is a somewhat more inspiring choice on Capstone’s part. Yes, Kohler arrived at CES with a somewhat similar product but this Capstone-made rival seems to have been designed more along the lines of something an average consumer might be able to afford, which is a trait that can’t be ignored in any product category, especially when it comes to solutions that are still perceived as somewhat gimmicky.

That’s still an educated guess as pricing details are yet to be announced, though the firm’s track record suggests there’s little chance of the Capstone Smart Mirror commanding a ridiculous price tag, which is something that’s still associated with this particular brand of consumer electronics. In other words, this elegant piece of technology appears to have a decent shot at making smart mirrors relevant to some degree, which would be nothing short of unprecedented success and is reason enough for this device to be remembered as one of the highlights of CES 2019. Capstone will be opening pre-orders for its Smart Mirror in a matter of weeks and plans to start shipping first units to consumers by late March.