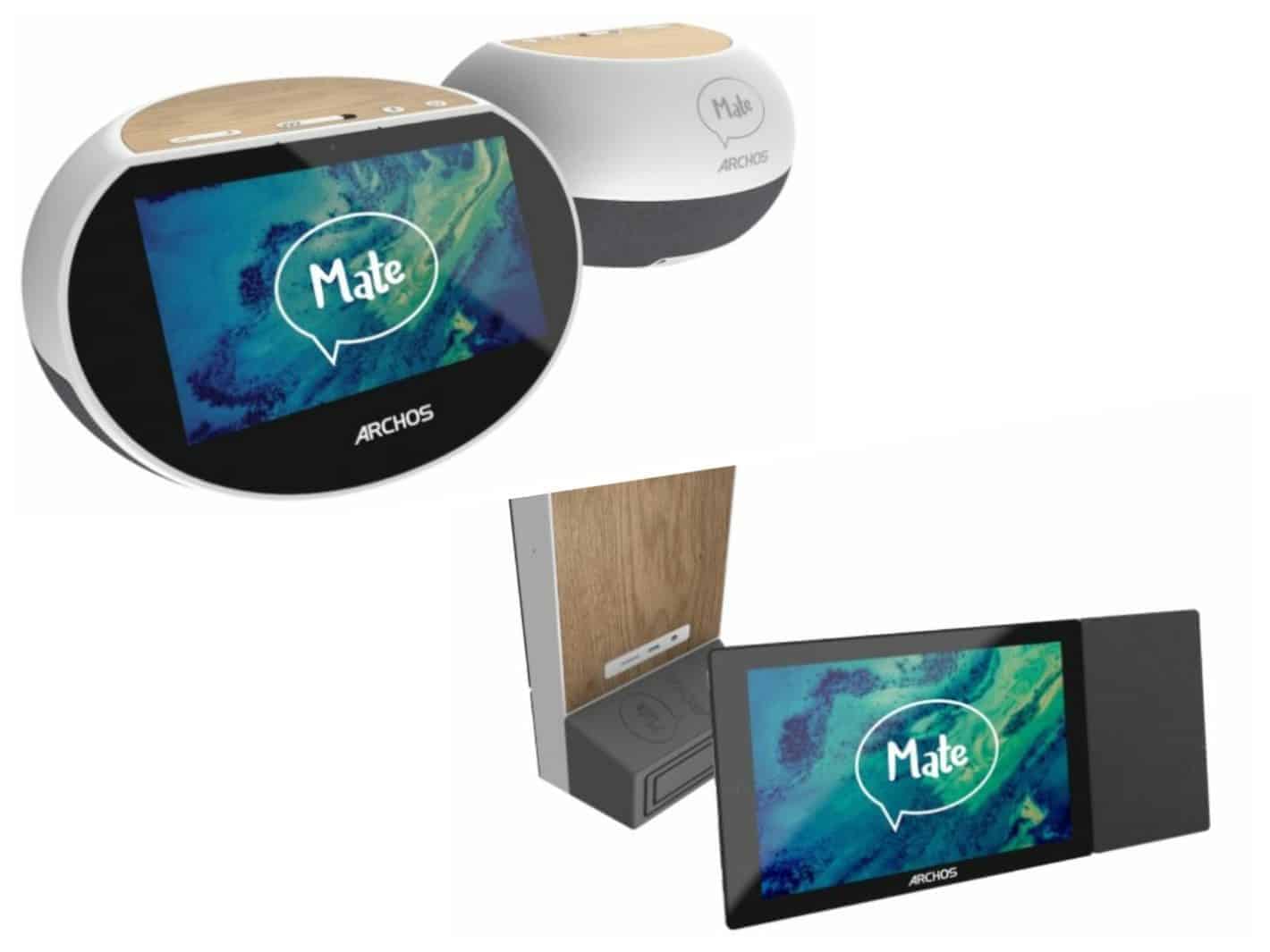 We’ve already seen plenty of great tech at CES 2019, and ARCHOS decided to throw in its two cents as well. The company’s new ARCHOS Mate devices are shown off at CES 2019 in Las Vegas, and this branding is used by the company for its 5 and 7-inch Smart Displays which were originally announced last year, and now ARCHOS shared some more info about both of them, including availability and pricing. The ARCHOS Mate 5 and Mate 7 both come with Alexa built-in, and they both come with fullHD touchscreens, though the two devices look considerably different one compared to the other. As you can see in the provided images, the ARCHOS Mate 5 looks more like an old-school CD player with a display glued on the front of it, while the ARCHOS Mate 7 offers a design of a tablet with an attachment on the side.

Both the ARCHOS Mate 5 and Mate 7 have a 5-megapixel front-facing camera, in case you need to do some video calls while using either of these two smart displays. Considering Alexa is built into both of these devices, you can easily communicate with Amazon’s smart assistant, and get it to do your bidding, which can be immensely useful, especially if you have some other smart home tech connected to it. Both of these devices come with “a premium speaker”, now, ARCHOS did not really give out the details when it comes to that speaker, but there you have it. Two microphones boosted by Synaptics’ far-field technology are also included in the package, and the two devices also come with a built-in smart home bridge.

The ARCHOS Mate 5 features a 5-inch fullHD (1920 x 1080) IPS display, along with 2GB of RAM and 16GB of expandable storage (expandable up to 128GB). The device is fueled by a quad-core processor clocked at 1.2GHz, while it sports two 3W stereo speakers. A 3,000mAh battery is built into this device, while the device comes in black, white, wood, and gray color variants. You will find several buttons included on this device, including a microphone mute button, a camera shutter button, a volume rocker, a power button, and a button for push-to-talk functionality. The ARCHOS Mate 5 is 143mm wide, and 92mm tall, while it measures 170mm in terms of thickness. The device weighs 644 grams.

ARCHOS Mate 7, on the other hand, comes with a 7-inch fullHD IPS display, 2GB of RAM and 16GB of storage, while it sports a different quad-core processor clocked at 1.3GHz, but ARCHOS did not say which one. This device comes with two 10W speakers with an optimized chamber and passive radiator. A 3,000mAh battery is included in this smart display as well, while the device comes in black, white, wood, and gray variants. You will find the same setup of buttons on this device as on the Mate 5, while the Mate 7 is 250mm wide, 114mm tall, and 25,5-73mm thick (thinnest vs thickest point).

ARCHOS announced that the Mate 5 and Mate 7 smart displays will become available in the first quarter of 2019 in English, French, German, Italian, and Spanish. As far as pricing is concerned, the ARCHOS Mate 5 will set you back $129, and it seems like it will ship with a wireless charging case, but we cannot confirm that just yet. The ARCHOS Mate 7, on the other hand, will cost $149, and this device is actually made for both portrait and landscape orientations, which is why it has a built-in stand on the back. These two products were supposed to become available in 2018, that’s what was initially expected, but ARCHOS opted to postpone the launch of both devices, presumably to polish them and get them ready for the market. Both devices come in a number of color variants, and are not too expensive, but the usability of smart displays is quite limited, so this price tag may not sit well with those of you who don’t see the value in smart displays, and if that’s the case, chances are you’re not interested in smart displays anyway. Whatever the case may be, the ARCHOS Mate 5 and Mate 7 are budget smart display offerings, and we’ll see how compelling they are once the company opts to release them.