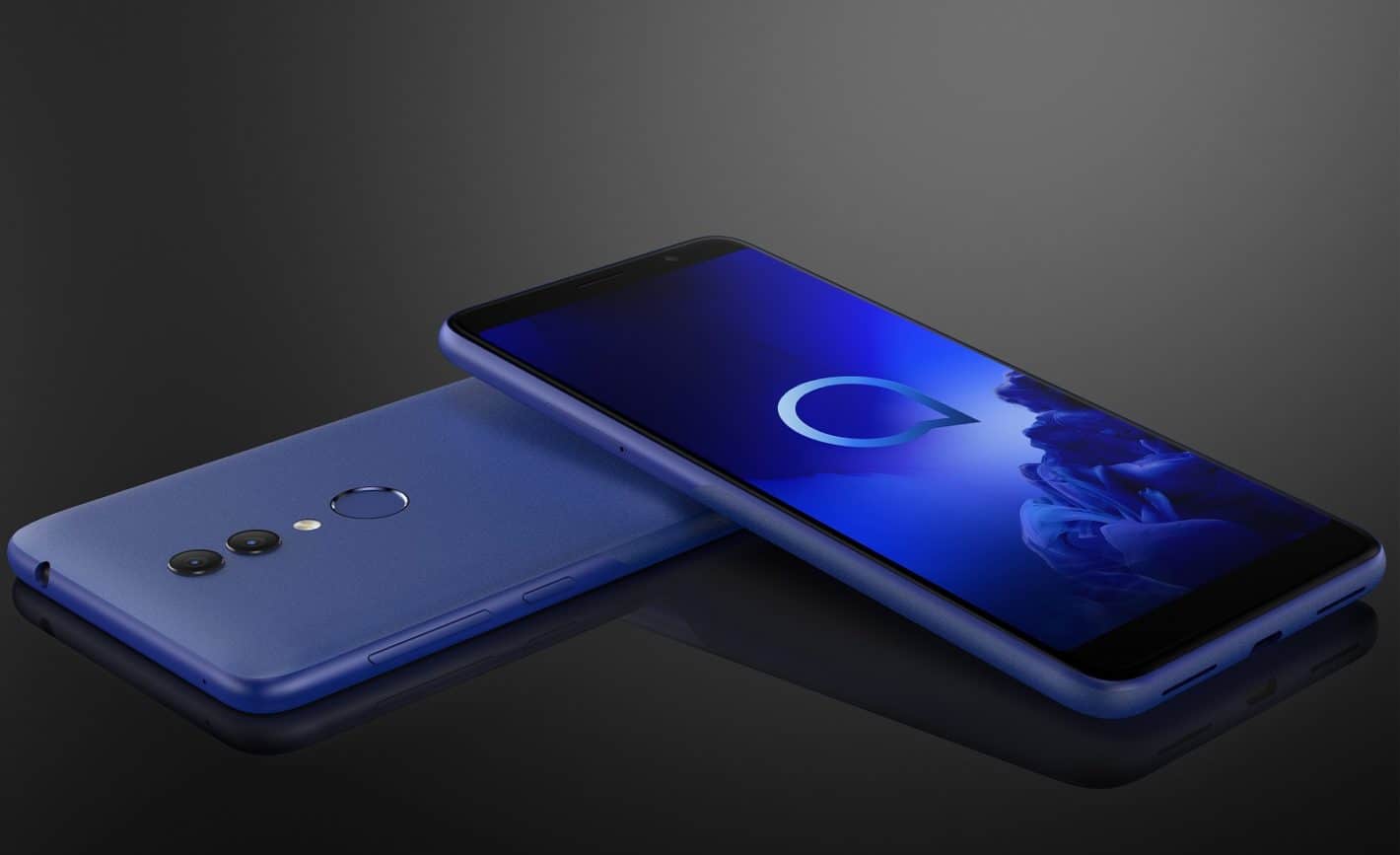 The Alcatel 1X and the Alcatel 1C are designed to offer a lot, for not a lot of money.

Cameras come in the form of a dual rear camera setup comprised of 13 and 2-megapixel cameras, along with a 5-megapixel front-facing camera. With the system powered by a 3,000 mAh capacity battery and Android 8.1 (Oreo).

The Alcatel 1X (2019) is due to become available in Q1, 2019 in “select markets” including North America and is expected to arrive with a $120 price tag attached. Color options will be resigned to Pebble Black and Pebble Blue.

The all-new Alcatel 1C (2019) is about delivering a compact phone at a compact price.

The specs on paper don’t seem like much, however this is an Android Oreo (Go Edition) phone and so it does not require as high specs to provide a smooth and reliable experience overall.

Cameras include a 5-megapixel rear camera along with a 2-megapixel front-facing camera.

At present, the Alcatel 1C (2019) is only confirmed to be arriving in Asia, Latin America, the Middle East, Africa and Europe, priced around €70 depending on region. With the option to choose between Volcano Black, Enamel Blue and Blush Pink color options.

Alcatel first unveiled the 1 series (along with the 3 series and 5 series) during MWC 2018 and positioned these three lines as affordable options (varying price points) that provide a fuller display experience.

This trend is continuing with the 2019 1 series as both the new 1X and 1C feature “Full View” displays that utilize an 18:9 aspect ratio for a more immersive experience..

Traditionally, these taller and slimmer display forms have been resigned to more expensive phones and this has been the mentality Alcatel has been looking to undo over the last year with its 1 series.

Another design trait common to both new arrivals is the finish as the 1X employs what Alcatel refers to as a “nature-inspired pebble-painted” finish. Which also helps to add to the scratch and slip-resistant qualities. The 1C looks to achieve similar results including a non-slip design through the use of a textured finish.

The other main area Alcatel is looking to capitalize on with these new phones is consumer hunger for mobile photography – in spite of what is on paper pretty basic camera setups.

Te Alcatel 1X looks to appeal in the camera department through the use of its dual rear setup which provides the option to blur backgrounds (bokeh) when taking photos.

The even lower spec 1C has been deemed a “social-ready” camera phone by Alcatel, as once a photo is captured, the user will have a number of software tools at their disposal to improve the image before sharing on social media – including a beautification mode and the option to create photo collages on the fly.

Alcatel is not looking to reinvent the wheel here or bring anything to market that’s particular unique. However, what the company is looking to do is provide two robust options for the sector of the market that is often overlooked. Offering the $100 and below smartphone buyer’s market options that provide more immersive viewing coupled with a better camera experience.

This is most noteworthy in the case of the 1X (2019) as when compared to last year’s model, the upgrades become clear. The 2018 version of the 1X launched for roughly the same price but with a smaller display (5.23-inch) with a lesser resolution (960 x 480). In addition to less RAM (1GB) and a single 8-megapixel rear camera – compared to the dual setup including with the 2019 version.

Based on the specs, the new 1C is essentially the same phone as the Android Oreo (Go Edition) version of the 1X that launched last year. Albeit, with a slightly smaller display and battery, and an ever so slightly cheaper price.