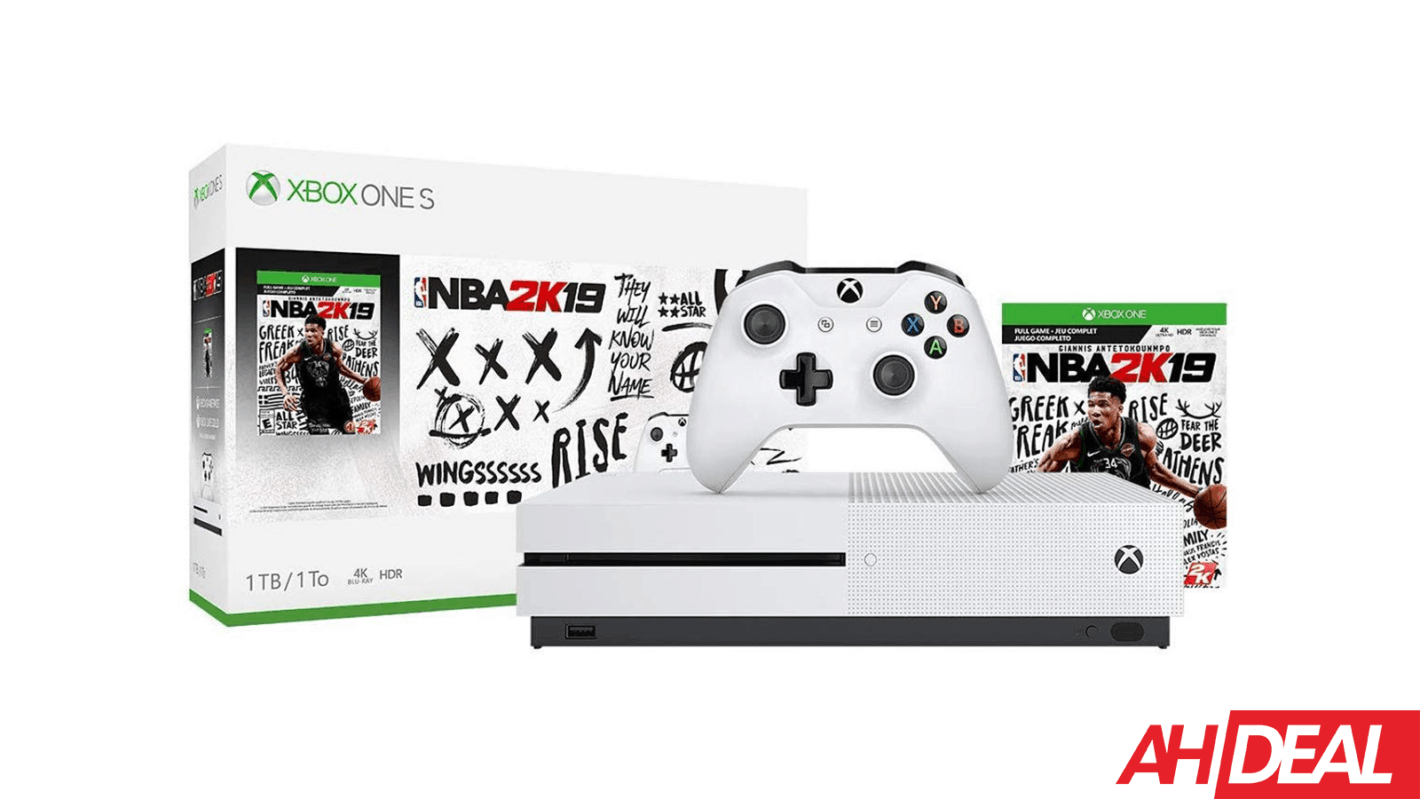 Walmart is continuing its 20 Days of Deals today, and is discounting the Xbox One S bundle with NBA 2K19 today for just $199. That is good for about $100 off of its regular price, and does make this a really good deal for those looking to grab an Xbox One S. This would make a really great gift, especially for NBA 2K fans out there, since you'll be getting NBA 2K19 for free, essentially. This will also arrive in time for Christmas.

The Xbox One S is one of the better consoles out there right now and at $199, it's hard to pass it up. It does support 4K gameplay, and as more games come out supporting 4K, it's going to be a joy to play on it. The Xbox One S can also act as a set-top box, playing content from different apps like YouTube, Twitch, Netflix and so much more. And of course, it has a ton of games that are available. You can pick up the Xbox One S with NBA 2K19 from Walmart using the link below. But you'd better hurry as this deal is not going to be live for long, and may go out of stock pretty quickly.

Xbox One S 1TB & NBA 2K19 Bundle - Walmart - $199
Advertisement
Trusted By Millions
Independent, Expert Android News You Can Trust, Since 2010
Publishing More Android Than Anyone Else
23
Today
23
This Week
278
This Month
5023
This Year
106498
All Time
Advertisement