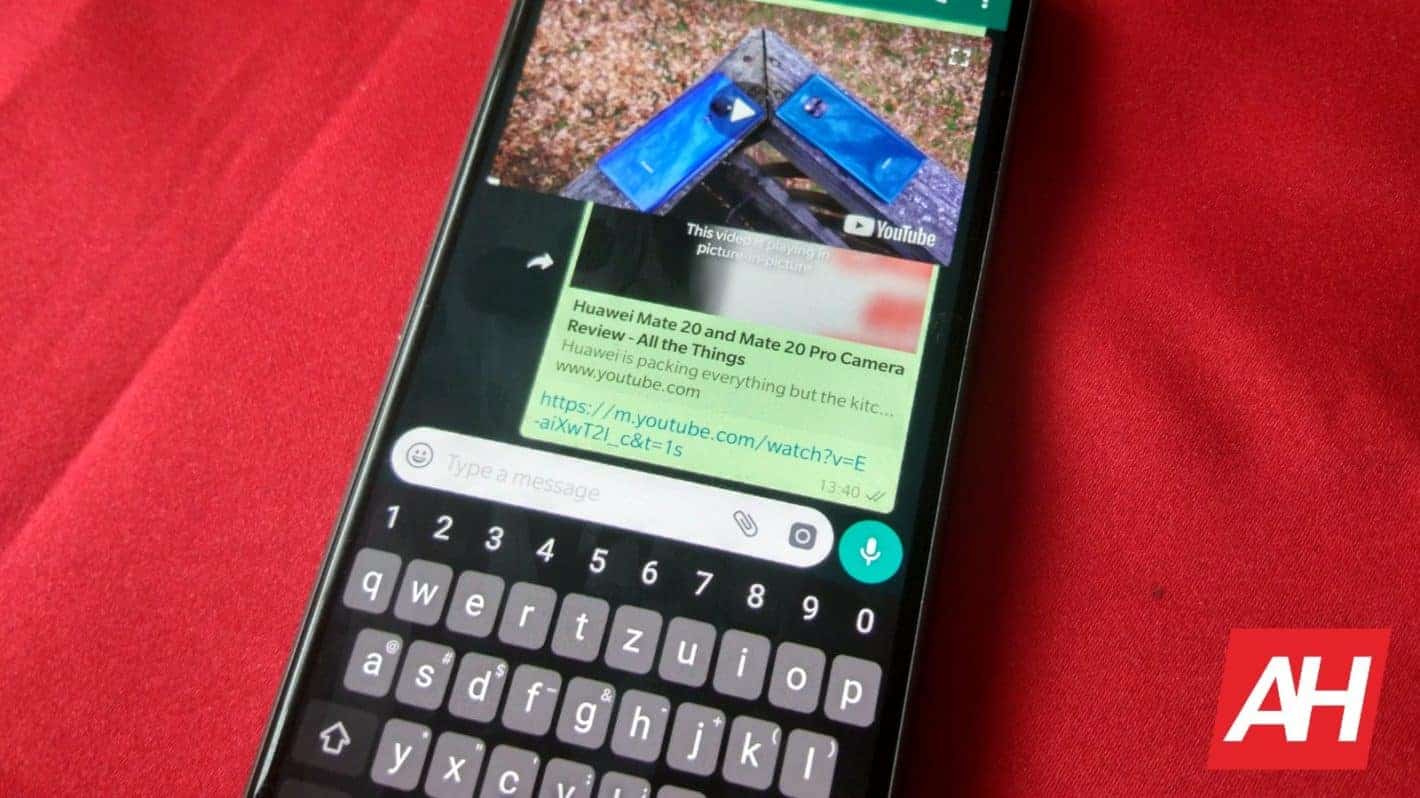 If you’ve been waiting for the Picture-in-Picture mode to hit WhatsApp, you’re in luck, as it’s finally here. This feature has been available in beta builds of the app for a while now, and it has now arrived to the latest stable version of the app, to be more precise, it is available in WhatsApp v2.18.380. Now, this feature actually supports YouTube, Facebook, and Instagram videos. So, essentially, if someone sends you a video from either of those three platforms, and you fire it up within WhatsApp, you will be able to leave that conversation, while the video will still keep playing in a small window, on top of anything you’re doing within the app, though it seems like it will not be there when you leave the application, unfortunately. The feature seems to be working for both private and group chats, as expected, and it remains to be seen if WhatsApp will make it possible for the feature to work even upon leaving the application. It is worth noting that this feature is still not implemented properly, though, as it will not work if you share a YouTube link via YouTube application, for example, as it will share a shortlink for the video, and WhatsApp will not load it properly. You need to share a full YouTube link with someone, either desktop or mobile, in order to get the feature to work.

Background: This feature has been available for iOS for a while now, and as already mentioned, it has been available via WhatsApp beta builds for Android as well. WhatsApp has been all over the news recently, but for all the wrong reasons. Co-founder of the app left Facebook this year, presumably due to some disagreement over the future of the service, as Status ads will start popping up in WhatsApp soon, that is something the company’s VP confirmed last month. There have been some good news, though, of course, as WhatsApp rolled out some new features to the app earlier this year. Back in October, the company added sticker support to WhatsApp, along with the swipe-to-reply feature. This feature basically allows you to swipe from left to right on a message in WhatsApp, and by doing so you will be able to reply to that message only. This feature has been available in the app for a long time, but instead of swiping on a message, you had to long-press on that message and hit a “reply” button, so this is far more convenient.

Impact: WhatsApp’s picture-in-picture feature would be far more useful if you could leave the app while the video is playing, and still see what’s going on outside of it. That would actually be a nice workaround for the fact YouTube’s picture-in-picture mode, which works only if you pay up for YouTube’s subscription service. That’s maybe the reason why WhatsApp couldn’t enable it outside of its app, because of other companies’ policies. In any case, some reports are claiming that Google will enable YouTube’s picture-in-picture mode for everyone in the near future, so that may not be an issue any longer. Until that becomes a reality, however, at least you can use this feature within WhatsApp.