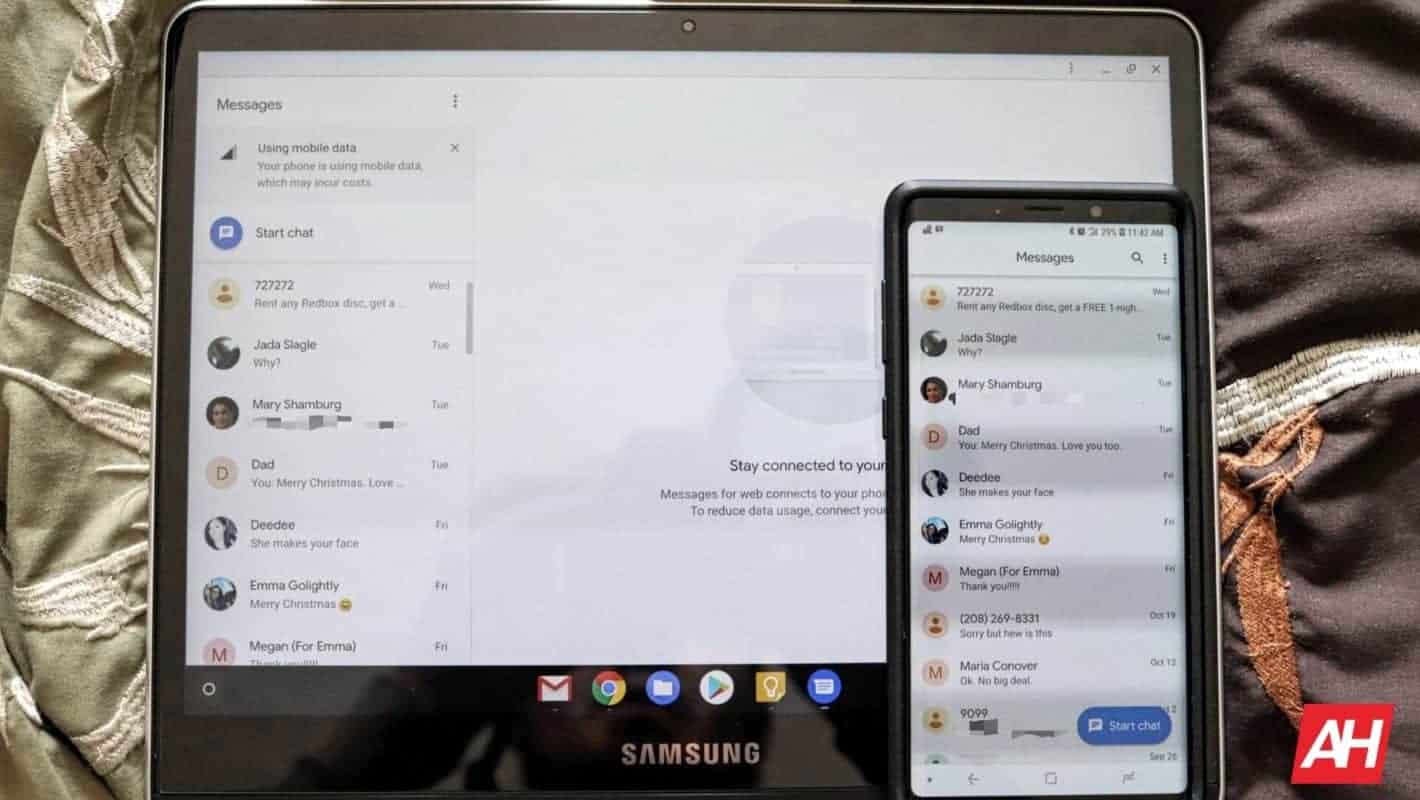 Google appears to be in the process of moving its stock Android SMS and MMS app, Messages, from the Android domain to its own, based on recently spotted changes in the Chromium Gerrit code repository. The flag changes the pointer in the method used by Chrome OS to sync up text and picture messages between a smartphone and Chromebook from messages.android.com to messages.google.com. That's done based on whether a flag dubbed 'kUseMessagesGoogleComDomain' is enabled. So, if the flag is enabled, accessing the 'Messages' application by linking the two platforms will direct users to the new URL instead of the one that's currently in use on the Stable Channel of the OS. The underlying web app and its features are still not migrated to the new URL and the flag only results in an error page when the feature is used, for the time being. But the code indicates that Google is either in the process of moving things over or at very least testing that prospect.

Speculation about the end of Android

Cross-platform Messages integration has been rolling out widely, starting with the beta-focused Dev Channels of Chrome OS for several months and in conjunction with a larger "Better Together" feature. In addition to allowing users to send and receive phone messages remotely from a Chromebook, that also enables smart locking features. Those allow a Chrome OS gadget to remain unlocked when the linked smartphone is detected nearby, bypassing the inconvenience of inputting a password everytime the device is left alone for long enough to migrate into standby mode. Future updates are planned to make file sharing easier too but the most recent changes to those features have led to speculation that Google is considering abandoning the Android brand entirely. Over the past year, the search giant has removed the branding from several key services. Beginning with the removal of the 'Android' in 'Android Messages' and ranging through the removal of the brand from its wearable operating system, those changes could add weight to that speculation.

Paving the way for Fuchsia OS

Google has always maintained that in spite of key links between Android OS and Chrome OS, the two are and will remain entirely separate entities. That's been the case so far, even as Android apps have gained widespread support on Chromebooks and other Chrome OS devices. So it makes sense that would continue on the Chrome OS side with the Messages web app. The move may also be intended to widen the gap between the two operating systems in preparation for the long-expected Fuchsia OS. The Material Design-heavy OS has been under development on a custom-built microkernel called "Zircon" since at least 2016. The expectation is that Google is building the OS on that kernel as part of a shift away from dependence on Linux and work has steadily progressed alongside the further expectation that it would eventually replace all of Google's operating systems. Stepping back from the Android brand might simply be the first in a series of moves to drive attention to Google as a brand instead since that will likely be more central to Fuchsia's marketing than it is for Android.