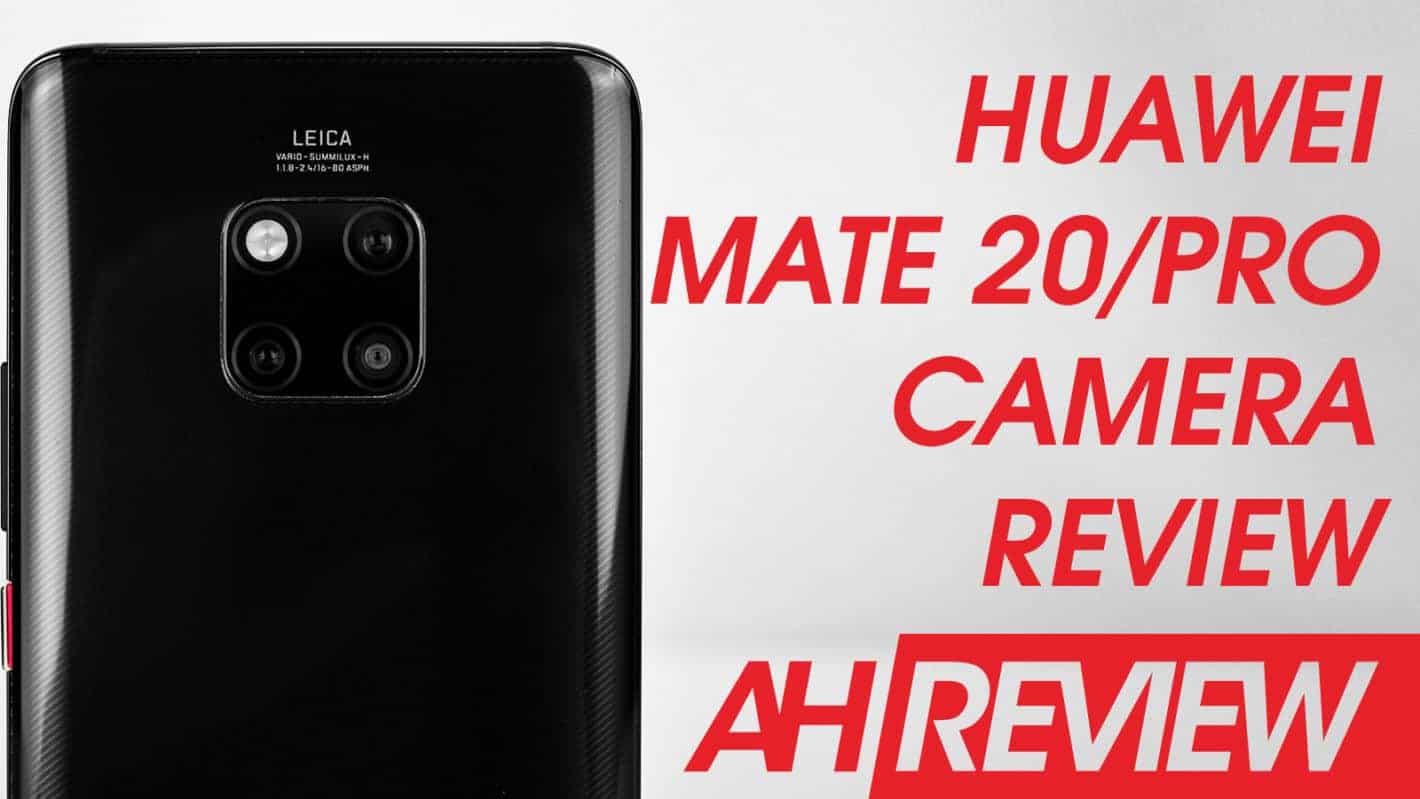 Huawei is packing in everything but the kitchen sink into the cameras on the Mate 20 and Mate 20 Pro. Just like the P20, Huawei has launched two models, the Mate 20, which retails for €799, and the Mate 20 Pro, which is a much pricier €1,049. While the outside camera hardware looks nearly identical when holding the two next to each other, there are substantial differences in sensors, but not the overall configuration or functionality. Both phones sport a triple camera system on the back, but the exact configurations are quite different. The less expensive Mate 20 utilizes a main camera with a 12-megapixel sensor behind an f/1.8 77-degree angle lens, an 8-megapixel secondary sensor behind a 52mm f/2.4 telephoto lens, equivalent to 2x optical zoom, and a 16-megapixel sensor behind an ultra-wide angle 103-degree f/2.2 lens. This new ultra-wide angle RGB camera replaces the monochrome camera from other Huawei flagship phones, and is also present on the Mate 20 Pro, however on the Mate 20 Pro you’ll find this sensor is upgraded to 20-megapixels and is behind an even wider 106-degree angle f/2.2 lens.

The Mate 20 Pro’s secondary telephoto camera is an 8-megapixel one, like the Mate 20, but the Pro’s telephoto lens is an upgraded 80mm f/2.4 lens, equivalent to 3x optical zoom. That main sensor is the same amazing 40-megapixel sensor from the P20 Pro, which sits behind a 77-degree angle f/1.8 lens. Both phones feature a combination of laser, phase detection, contrast and even software-calculated predictive autofocus, which Huawei calls the 4D focusing system, as well as Huawei’s own AI Image Stabilization, which is a combination of optical image stabilization and NPU-driven digital methods. This crazy spec list is just the tip of the iceberg for what Huawei has in store for the cameras on both phones, and it all adds up to the most comprehensive camera experience on the market, even if it doesn’t fill in every single nook and cranny you can think of.

Huawei introduced the concept of a neural processing unit, or NPU, to help with AI-related tasks on the phone, but particularly with the camera, utilizing this dedicated co-processor for scene detection and a few other things as well. This year they’re quite literally doubling down on their efforts with AI and have packed the world’s first dual-NPU solution inside the Mate 20 family of phones. The result is a brand new series of AI-related video features that are an incredible start to some new concepts in mobile phone photography, but definitely feel like first-gen products. While the Mate 20 family can record in 4K at 30 frames per second, these AI modes will only be accessible in 1080p quality at 30fps, so while there’s a definite sharpness degrade, the extra style and image stabilization will probably be enough to satiate those that prefer the look here. See everything that Huawei has put into these crazy phones in our most detailed camera review yet, which you’ll find in the YouTube video below. Don’t forget to subscribe to us as well so you won’t miss a video when it goes live!