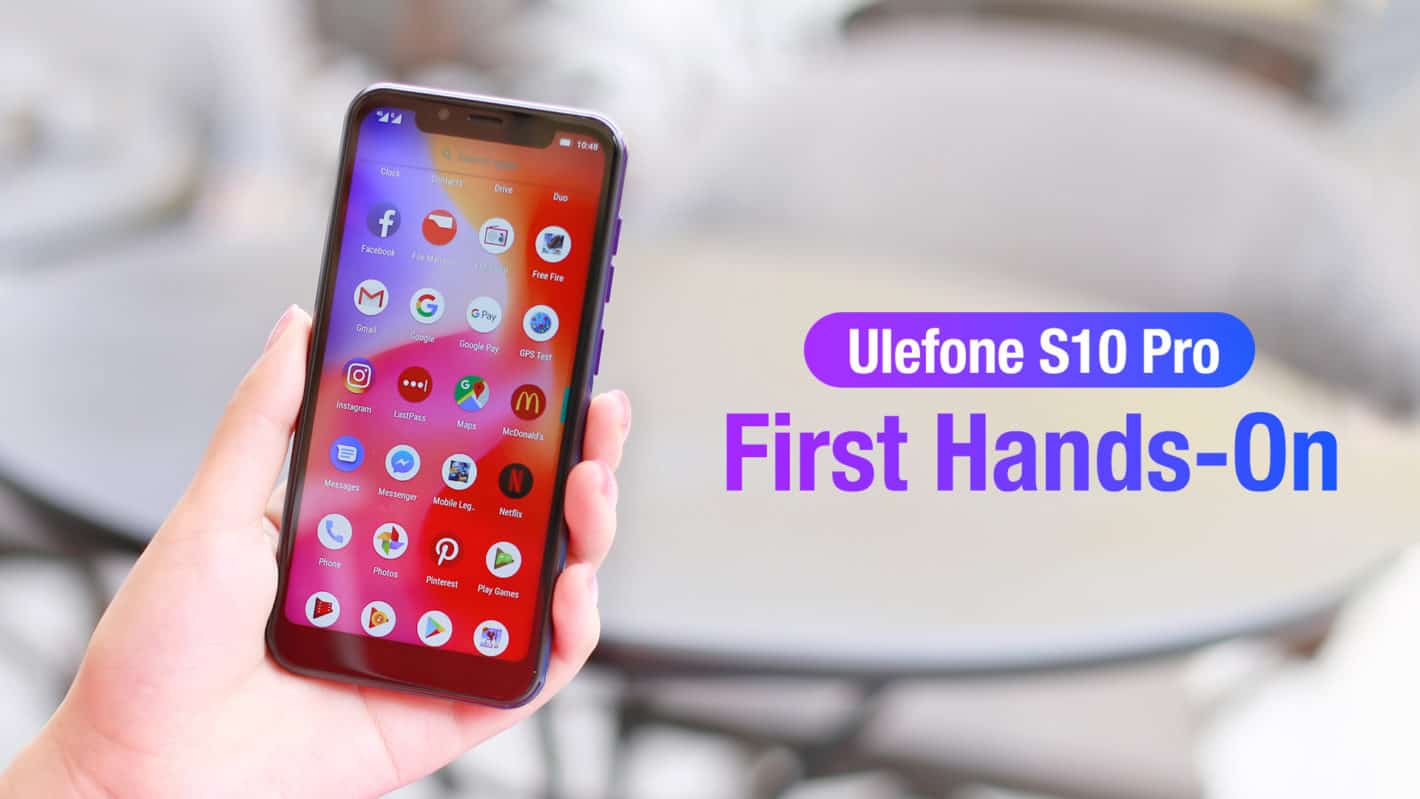 The Ulefone S10 Pro is made out of metal and glass, it sports a fingerprint scanner on the back, while the company's logo lies right below it, as you can see in the provided video. The phone also comes with two vertically-aligned cameras, while an LED flash is placed in-between those two cameras. A loudspeaker is located on the back of this phone as well, instead of the bottom, where it usually sits in today's smartphones. All the physical buttons are located on the right-hand side of the device, while the phone's cameras protrude on the back a bit. The Ulefone S10 Pro's bezels are not thick, but are thicker than what you may be used to seeing in today's modern smartphones, though that is to be expected considering that this is an entry-level smartphone. A rather wide notch is located at the top of the phone's display, while the device also comes with a chin down below.

In terms of specs, the Ulefone S10 Pro features a 5.7-inch HD+ display, 2GB of RAM and 16GB of expandable storage (expandable up to 128GB via a microSD card). The phone is fueled by the MediaTek MT6739WA 64-bit quad-core processor, while it comes with a 3,350mAh battery, which is not removable. Android 8.1 Oreo comes pre-installed on this phone, while the device sports 13 and 5-megapixel cameras on the back. A 5-megapixel camera can be found on the front side of the device, while this phone supports 4G LTE, and it has two SIM card slots (nano + micro SIM). The Ulefone S10 Pro is still available for pre-order, and if you purchase it before that period ends, you will get a free TPU case with the phone, and also a discount. The phone can now be purchased for only $69.99, follow the link down below if you're interested.