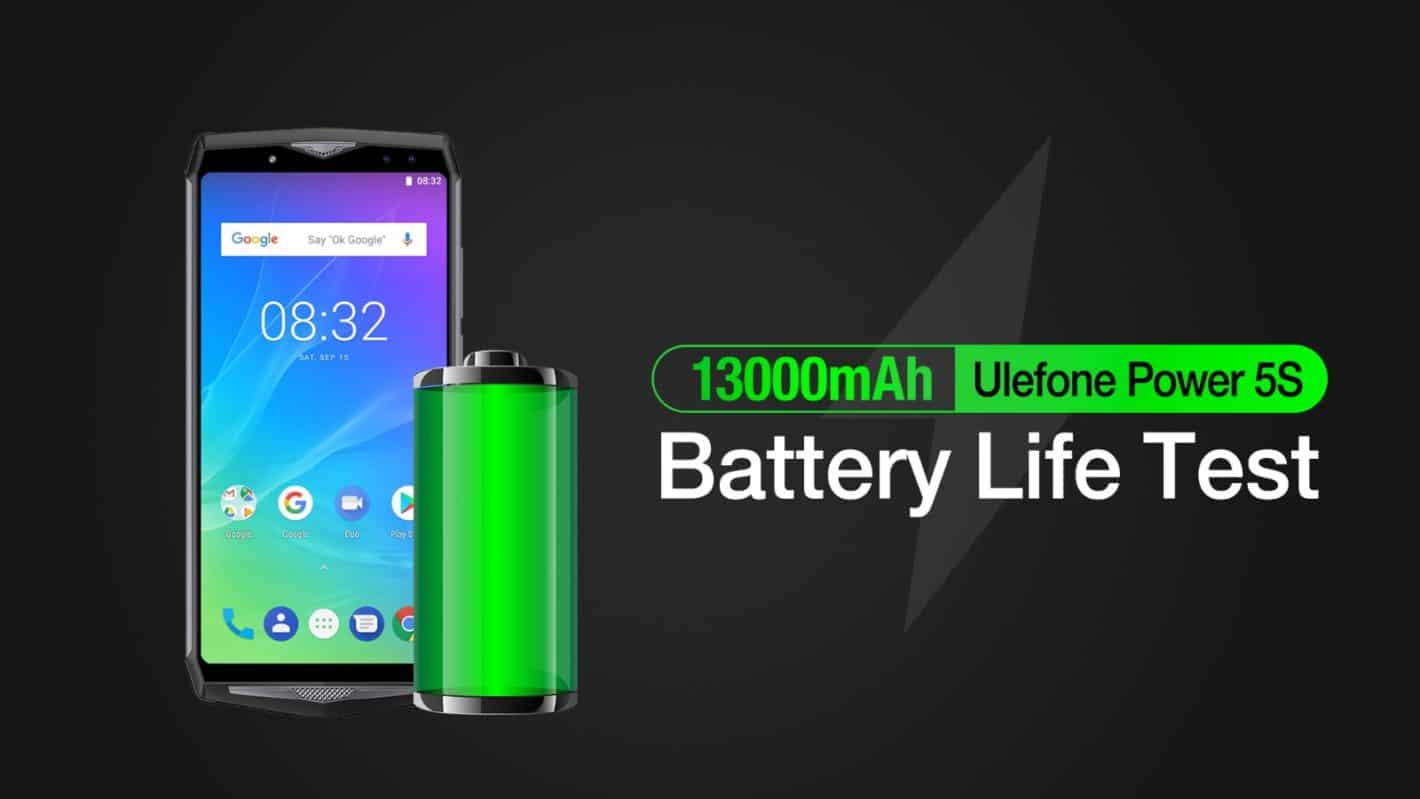 Ulefone has conducted a battery life test on one of its smartphones, this time around, the Ulefone Power 5S got tested. The Ulefone Power 5S comes with a truly huge battery, this handset packs in a 13,000mAh battery, and in collaboration with its internals, it can provide users with a lot of usage before it finally dies, as the provided test proves. The company released a video on YouTube in order to promote this handset, and its battery life, and that video has a duration of around one minute, while it is embedded down below.

Other than a 13,000mAh battery, the Ulefone Power 5S also includes a 6-inch fullHD+ display, and 4GB of RAM. The phone's battery supports fast charging (5V/5A), while it also supports fast wireless charging (10W) via Qi standard. Android 8.1 Oreo comes pre-installed on the device, while the phone is fueled by the Helio P23 64-bit octa-core processor. The Power 5S comes with a leather back, while it sports two cameras on the back, and a side-facing fingerprint scanner. The device comes with 64GB of storage, which you can expand using a microSD card. 21 and 5-megapixel cameras are included on the back of this phone, while a single 8-megapixel camera can be found on its front side. If you're interested in getting the Ulefone Power 5S, you can now purchase it via AliExpress at a discounted price tag, a purchase link is included down below.