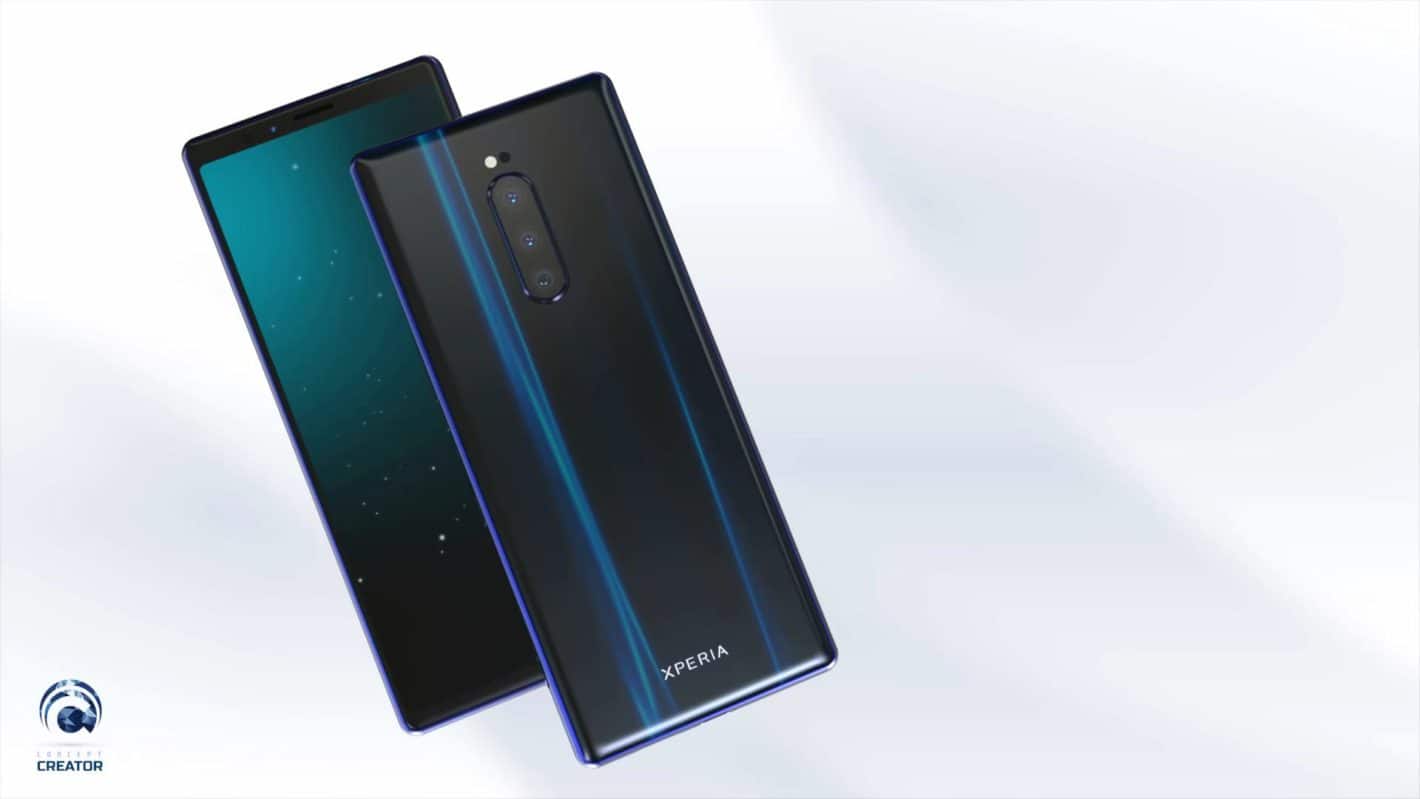 The Sony Xperia XZ4 will probably arrive during the Mobile World Congress (MWC) in Barcelona next year, and even though we did not see all that many leaks of the phone, a concept design for the device has surfaced online. This concept design comes from a YouTube channel called "Concept Creator", a YouTube channel which publishes such designs from time to time. Concept designs that are published by this YouTube channel are usually either based on leaks, or are trying to be as realistic as possible based on rumors and expectations of the designer. Having said that, the real Xperia XZ4 definitely won't look identical to this phone, but who knows, it may resemble it to a degree. This concept design is shown in form of a YouTube video which has a duration of around three minutes, and is embedded down below.

The phone that is shown in the provided video is made out of metal and glass, as expected, and the real Xperia XZ4 will probably be made out of those same materials. This concept smartphone features three cameras on the back, those cameras are vertically aligned, and an LED flash is placed above them, along with an additional sensor which looks like a laser autofocus or something of the sort. The back side of the device is curved on the sides, while the Xperia logo sits on the back of the phone as well, while it's worth noting that the phone's rear-facing cameras protrude on the back a bit. On the right side of the phone, you will notice plenty of buttons. The volume up and volume down buttons are included there, along with the phone's power / lock key. In addition to that, you will notice the dedicated camera button on the bottom of the right side, while a fingerprint scanner lies on that side as well, so the phone includes a side-facing fingerprint scanner.

If you take a look at the top of the device, you will be able to see a noise canceling microphone, and a SIM card tray. The left side of the device is completely clean, there are not buttons included there, while you will find a Type-C USB port on the bottom of the device, and the phone's loudspeaker, as a 3.5mm headphone jack is not included here. Now, when it comes to the device's front side, there are some bezels above and below the display, but those bezels are thinner than the ones on the Xperia XZ3, that's for sure. A display notch is not included here, while the phone's display sports rounded corners. Throughout this video, you will be able to see several different color variants of this concept smartphone, all of which sport rather interesting glass pattern on the back, which reflects light in an interesting way. The blue, green, and white-colored devices are shown in the video. As far as specs are concerned, the designer didn't really go into detail, other than the fact he mentioned that the Snapdragon 855 is fueling this imaginary smartphone.

Background: Allegedly accurate renders of the Sony Xperia XZ4 did surface at the end of last month, and this concept design seems to be inspired by those renders, as the design is almost identical, though there are some subtle differences in the general shape of the device, LED and sensor placement, and so on. Now, that leak claimed that Sony is planning to incorporate a 6.5-inch display in the Xperia XZ4, and also use a rather odd display aspect ratio in the process, as a 21:9 display aspect ratio will allegedly make its way to the phone. The Sony Xperia XZ4 will almost certainly include an OLED panel, same as the Xperia XZ3, which was the very first Sony-branded handset to ship with an OLED display. The phone will, allegedly measure 166.9 x 72.4 x 8.2mm, well, it will be 9mm thick if you include its rear-facing cameras which will protrude on the back. In addition to those renders, a case which is allegedly made for the device also surfaced at the end of last month, and that case actually looks like it fits the leaked renders perfectly. The case that leaked actually seems to be created by a third-party company, and it's a regular silicone case. The Xperia XZ4 will almost certainly be fueled by the Snapdragon 855 64-bit octa-core processor, Qualcomm's newest chip, while it will include at least 6GB of RAM, at least if rumors are to be believed. Android 9 Pie will come pre-installed on the device, along with Sony's custom UI, while the device is expected to include a rather large battery on the inside. The Xperia XZ4 is also expected to offer some sort of stereo audio, so in addition to that loudspeaker on the bottom, a smaller front-facing unit is also expected. There is still no info on the phone's cameras, but considering that three will be included on the back, we're expecting to see a wide-angle camera in addition to the regular one, and possibly even a telephoto one. That fingerprint scanner that will allegedly be on the right side of the phone will be always on, so we're looking at your regular capacitive fingerprint scanner.

Impact: Sony has changed up its design language quite a bit earlier this year with the Xperia XZ2 and Xperia XZ2 Compact. From a boxy design which the company has been utilizing for years, the company's phones now actually offer plenty of curves, and actually look more modern and in line with other flagships, not to mention that their bezels are considerably thinner now. The Xperia XZ4 probably won't be a huge step away from the Xperia XZ3 in terms of the design, so the leaked renders may actually be somewhat accurate, if not entirely accurate. The Xperia XZ4 is expected to arrive at the end of February next year, as part of the Mobile World Congress (MWC) in Barcelona, but Sony did not confirm anything just yet, of course, so we'll have to wait a couple more months in order to be sure, while more leaks will probably land in the near future.