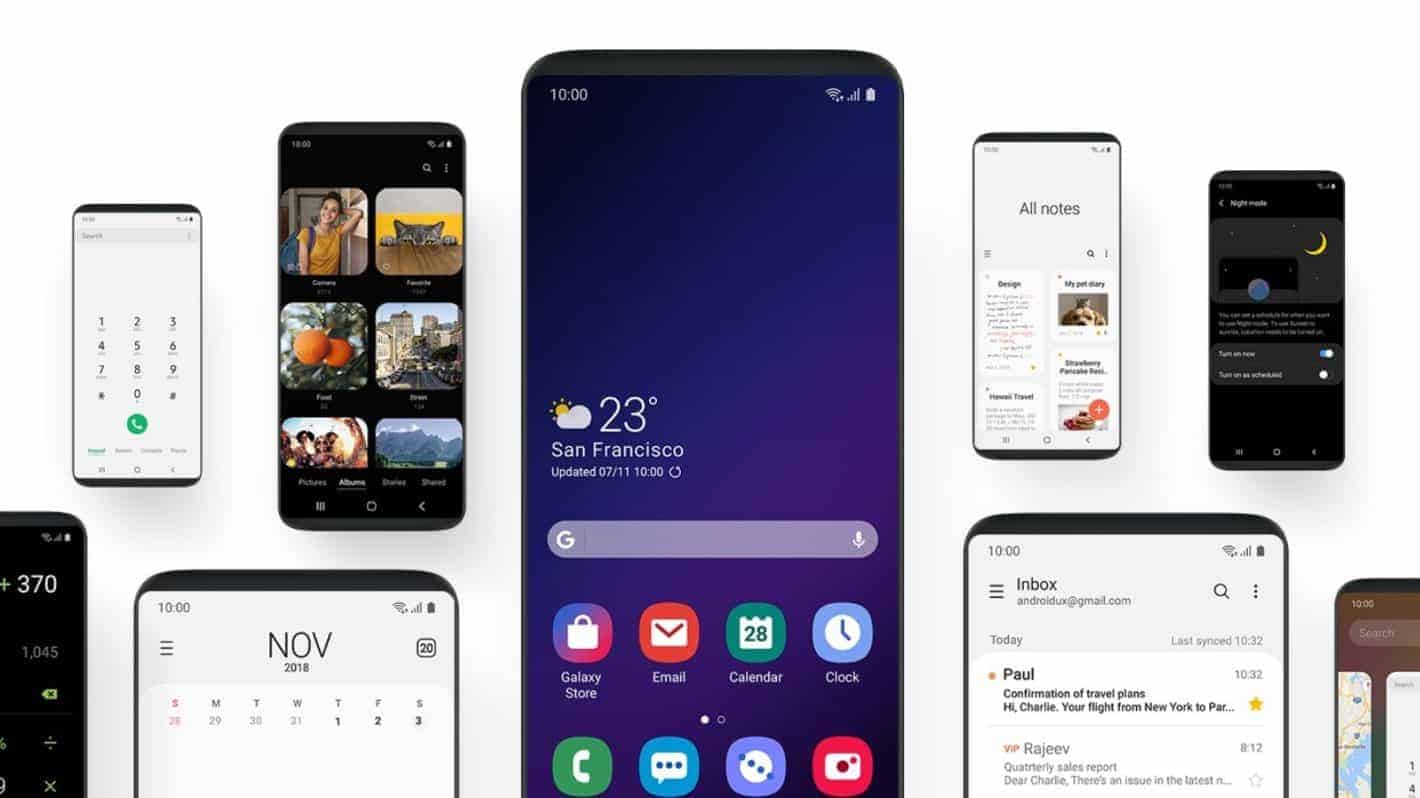 Samsung, yesterday made the official video for its upcoming One UI available for everyone after revealing it during the last Samsung Developer Conference where the new user interface was introduced. The one-minute-long video quickly showcases some of the prominent changes and additions One UI was previously announced to be available with including several design changes. The software skin will feature an entirely redesigned set of app icons with rounded corners for the first-party apps with the typeface also getting a similar treatment. Minimalism and uniformity in design across the OS appear to be the essential strands for the all-new One UI and this promo video abundantly iterates the fact.

With the ever-increasing aspect ratios of modern smartphone displays, interacting with the top half of the display almost always requires you to stretch out your other hand. The South Korean smartphone maker has tried addressing this nuisance by separating the viewing and interaction area with the latter being well within the thumb’s reach. Samsung only recently switched to on-screen Android navigation keys with the introduction of its Infinity display and they too will be subjected to an aesthetic overhaul with the focus being once again on minimalism. The Quick Settings Menu will also see some changes by bringing its icons visually in line with that of stock Android while taking some design cues from Samsung’s overall theme for One UI. In addition to these aesthetic alterations, the modern interface for Samsung phones will feature practical features including a built-in system-wide dark mode.

During the recently concluded Samsung Developer Conference, the company announced One UI for its flagship range of smartphones. The interface is expected to arrive on the current line of Samsung flagships – Galaxy S9, Galaxy S9 Plus, and Galaxy Note 9 – along with the awaited release of Android 9 Pie, while the older high-end models from last year will follow later on. Android Pie-based beta update with One UI has already been rolled out for the Galaxy S9 series in selected regions with more markets expected to be covered in the coming weeks. The upcoming Galaxy S10 series will also benefit from the new software enhancements mainly because the premium lineup is expected to get taller Infinity O displays as part of a major design overhaul to mark the series’ tenth anniversary.