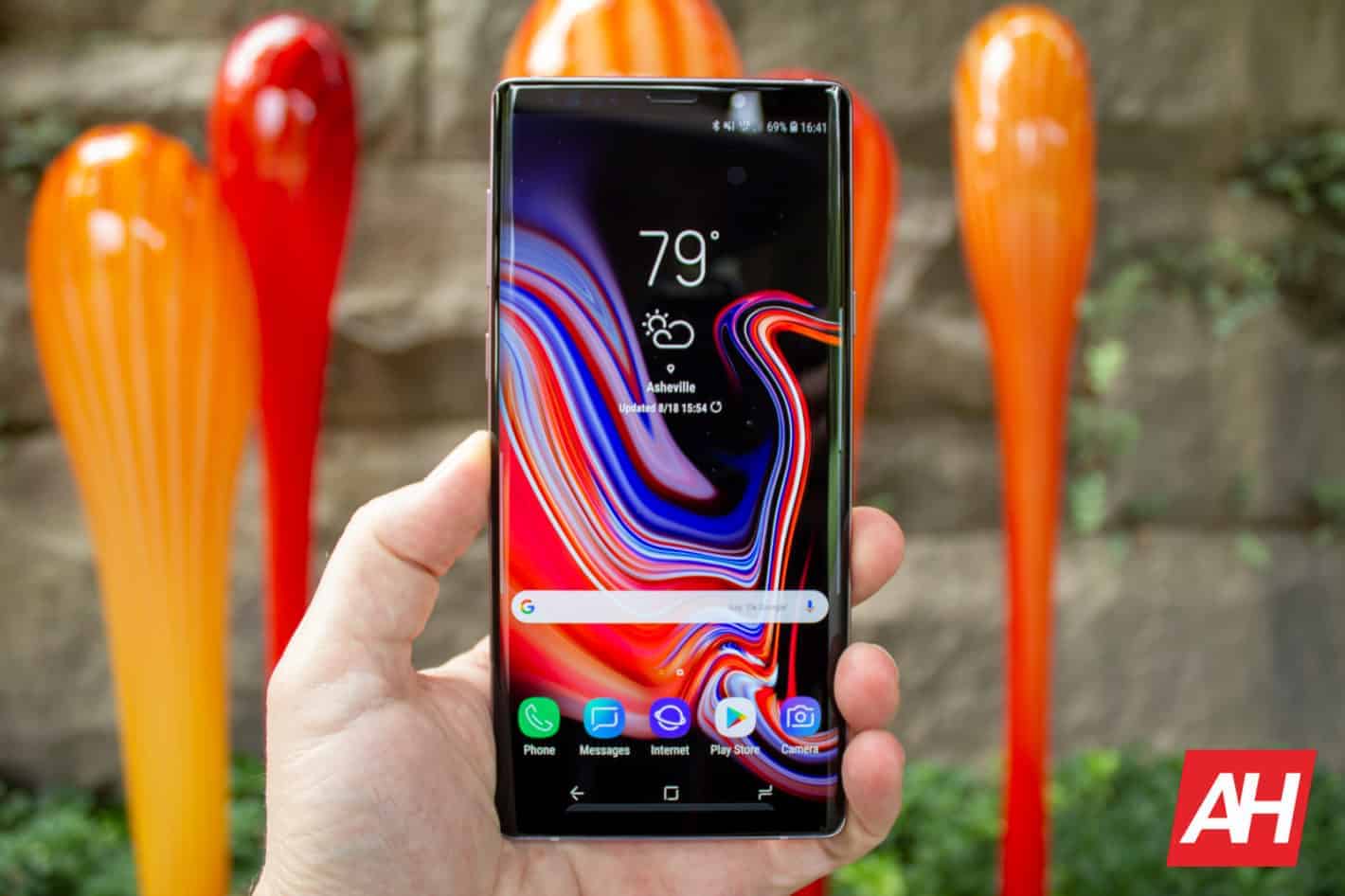 Samsung is working on at least one Galaxy Note 10 model with support for the fifth generation of mobile networks, as suggested by a Wednesday announcement from AT&T which saw the wireless carrier pledge to release another 5G-ready phone in 2019. While the company already scrambled to follow Verizon's lead and promised to launch a 5G Galaxy device next spring, it's now trying to one-up its largest rival by announcing plans for a second Samsung-made device with the same capabilities which it intends to commercialize in the second half of the next year. The Dallas, Texas-based telecom giant was expectedly vague in regards to the details about the gadget, having only confirmed it's a handset and that it will support 5G connectivity based on both sub-6GHz and mmWave spectrum frequencies.

Regardless, the launch window of the unannounced Android smartphone is highly indicative of a new addition to the Galaxy Note lineup, traditionally the only flagship series from Samsung that's refreshed in the second half of every calendar year. Mobile devices with 5G support aren't expected to leave the flagship segment for a few more years seeing how the said feature is expensive to implement and infrastructure that supports such connectivity has yet to start being deployed in a particularly active manner, meaning the availability of 5G signal in the U.S. will be limited throughout 2019 when first large-scale buildouts are scheduled to start. In other words, mobile 5G has all the makings of a niche functionality that will be advertised primarily to tech enthusiasts until at least 2020, hence being most feasible in the context of high-end devices in the uppermost price bracket.

5G variant of the Samsung Galaxy S10+ already in the works

AT&T's announcement comes amid a massive influx of rumors that a 5G-ready variant of the Galaxy S10+ is already in the works. While it was initially only rumored to be launching in Samsung's home country of South Korea, AT&T and Verizon's promises of a 5G-enabled Galaxy smartphone coming in early 2019 suggest the same handset will be coming to the West as well. The sheer size of Samsung's operations makes product leaks a likely occurrence, as evidenced by the fact that information, renders, and real-life images of virtually every high-end smartphones from the company released in recent years emerged online weeks and sometimes months ahead of its official announcement. That's also what currently appears to be happening with the 5G version of the Galaxy S10+, so while it's possible that Samsung is working on an entirely different device for its 5G push in the United States, the fact that there's still no claims of such a product being in the works from any industry insider suggests that particular scenario is unlikely.

While a number of previous rumors indicated Samsung is planning to do away with the Galaxy Note branding and merge the phablet lineup with the Galaxy S one in the future, the South Korean technology juggernaut confirmed no such plans are in place this summer. Despite the fact that the company is on the verge of introducing its third mainstream flagship line which will include foldable handsets and debut in the first quarter of the year, it intends to market them all separately, its mobile chief DJ Koh said in August. Some industry watchers already speculated that the foldable device in question — rumored to be launching under the Galaxy F moniker — will also have 5G capabilities but no evidence of those claims yet emerged, whereas numerous credible insiders believe the most expensive Galaxy S10+ model will have 5G support.

Qualcomm already at the center of everyone's mobile 5G plans

Both the Galaxy S10+ and Galaxy Note 10 variants with 5G capabilities are widely expected to utilize the Snapdragon 855, Qualcomm's latest system-on-chip the company just announced yesterday and will be detailing later today at the latest edition of its annual Snapdragon Tech Summit on the Hawaiian island of Maui. Samsung confirmed a Snapdragon platform will be fueling its first 5G device coming to both Verizon and AT&T in early 2019, with the Snapdragon 855 being the only 5G-ready module Qualcomm announced to date. It's also the company's flagship mobile offering for 2019 and one that will be offered alongside an optional Snapdragon X50 modem that supports next-generation wireless networks.

Qualcomm is hence seemingly positioned to take full advantage of early 5G buildouts in the U.S. and continue its dominance that's been established many years ago. The company's partnership with Samsung is a particularly notable win seeing how the Seoul-based firm has its own foundry business but its top 2019 chip — the Exynos 9820 — won't offer 5G capabilities, meaning its ultra-premium phablets may be embracing Qualcomm's chips on an even larger scale than usual. Traditionally, Samsung's flagships used Snapdragon silicons in the United States, Canada, Mexico, and China but its 5G-ready Galaxy S10+ will at the very least be launching in South Korea, in addition to the stateside market.

AT&T and Verizon still leading the 5G race in the U.S.

AT&T's Wednesday announcement is further evidence that the company is leading the 5G race in the country alongside Verizon and is adamant to provide its consumers with more than a single choice when it comes to experiencing the next generation of connectivity. While both of Samsung's 5G-ready phones will be launched by AT&T in 2019, the company's experimental network will already be accessible in about a dozen U.S. markets this month via a "puck" made by Netgear. The gadget in question is essentially a hotspot that will work with non-5G phones so while its uses will be limited, it will allow AT&T to claim it has technically won the mobile 5G race.

Many industry watchers and AT&T itself claim the Dallas-based company will also be the first out of the door with "real" 5G next year, though nationwide coverage isn't expected prior to 2020. The details of that rollout are still vague even as time's running out on AT&T's promise of wireless 5G rolling out by the end of this year, which is a vow that the company reiterated just earlier this week.