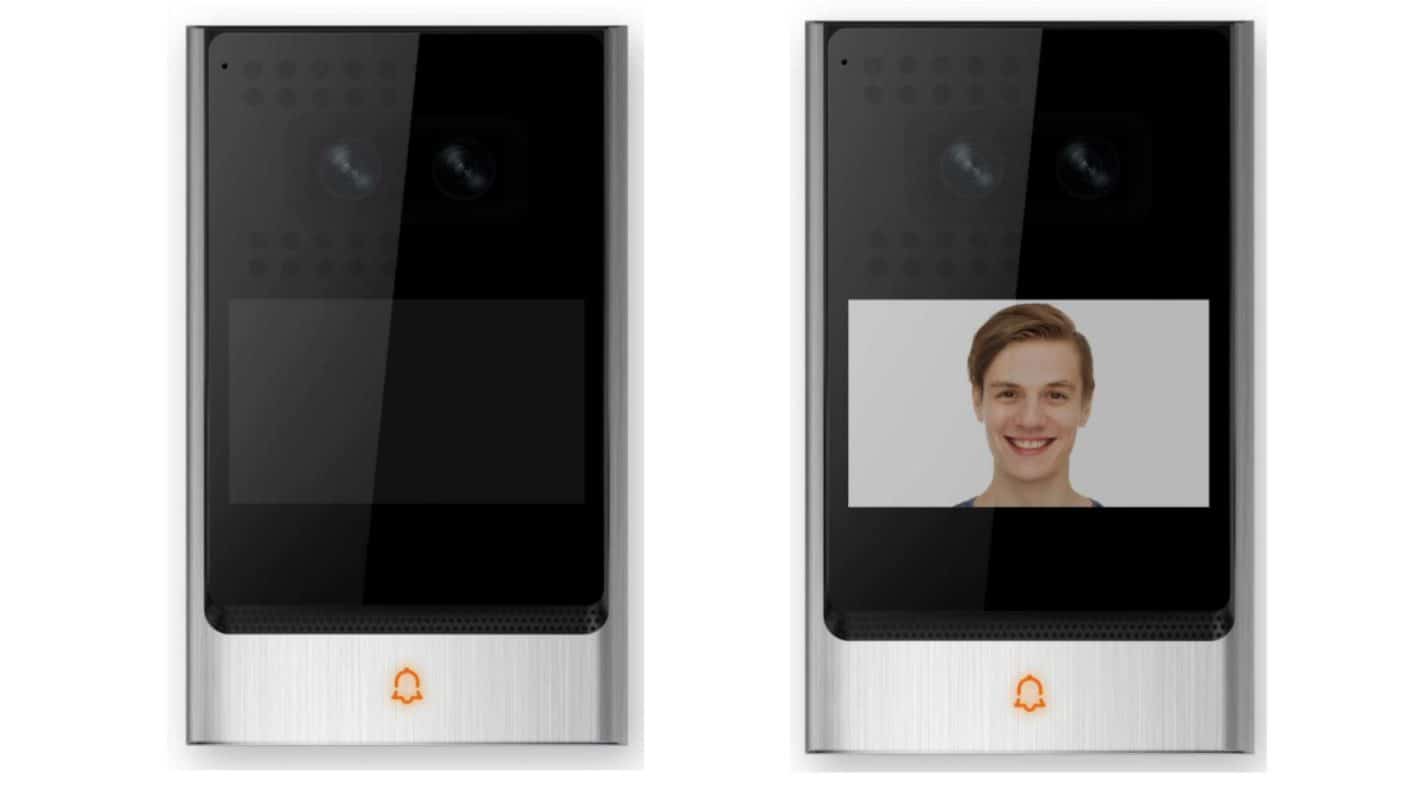 Samsung is preparing to re-enter the camera-enabled appliance market with a dual-camera doorbell, based on a new design patent spotted at the Korean Intellectual Property office. The patent images show a wide, vertically-oriented rectangle design primarily consisting of two speakers, a dual camera sensor array, and display embedded behind glass. An apparent capacitive button with a glowing bell icon is included in the metal frame just below that and the frame extends around the entire doorbell. Viewed from the top, the back half of the doorbell is flat to sit flush with a wall or door frame. The front side is flat along the top and bottom edge but has curves similar to the company's Galaxy S-series flagships at the left and right-hand edge. No indication is given with regard to scale but, based on the size of the camera sensors in relation to the overall size of the doorbell, it wouldn't likely be much larger than a few inches wide.

The patent itself describes its use with intelligent features such as facial recognition and the ability to run on the display so that a known visitor and homeowner can talk face-to-face. There aren't many other details provided since this is a design patent but no wiring is shown in any of the images and the sketch of the rear-panel appears to imply a completely wireless design. That could mean it will be used with a smartphone or other smart home hub and that it will be battery or solar-powered instead of relying on direct electrical input.

Background: Samsung has had at least some experience in the category of camera-enabled doorbells and similar technologies thanks in part to former subsidiary Hanwha Techwin and its SmartCam lineup. However, it has been quite some time since any new products were launched under the Samsung branding. Finalization of the sale of Samsung Techwin to Hanwha Group was completed in 2015, with the newly merged company rebranding as Hanwha Techwin. The Korean tech giant's efforts in the space since that split have been almost entirely non-existent. Hanwha Techwin has gone on to continue making cameras and still utilizes Samsung's SmartCam and WiseNet branding as well as online services for the storage and subscription services side of the business. That means that signing up for or checking in on a subscription still relies on Samsung SmartCam site. That includes intelligent face recognition and subsequent alert features which aren't at all unlikely to find their way into Samsung's own cameras if it does decide to release some based on the patented design.

Impact: There are some key differences between Samsung's previous offerings in the space, those sold under Hanwha's WiseNet branding, and Samsung's newly-patented doorbell camera. The biggest of those is the inclusion of two separate camera sensors. Samsung has been including two cameras in several of its big-name products over the past few years and their inclusion here isn't surprising. On smartphones, the company generally uses two sensors to accomplish more accurate depth perception while other companies have used a similar setup to attain more accurate facial recognition features. The latter of those could be the reason for two cameras to be used here since that would enable any AI-driven features based on that to work more effectively. The inclusion of full-color renders, meanwhile, seems to suggest this product is actually significantly far into development rather than only existing as a concept — although that could turn out not to be the case.