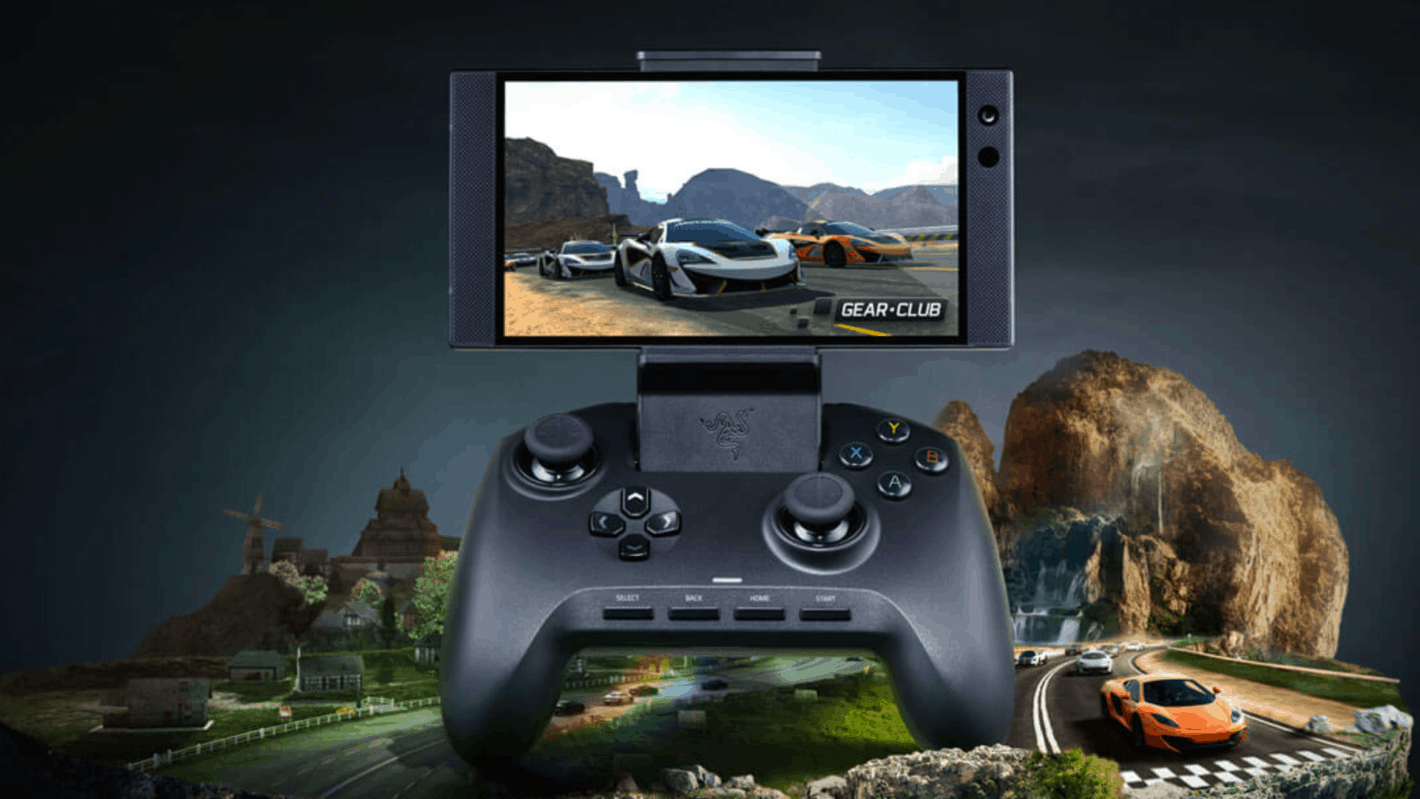 The Raiju Mobile may look familiar and that is because Razer took its popular Raiju controller for the PlayStation 4 and adapted it for mobile gaming. It is equipped with all of the buttons you would expect, that includes some joysticks, face buttons, a directional pad, shoulder buttons and triggers. There are also physical Select, Back, Home and Start buttons, so you can actually navigate through the OS on your smartphone with this controller. Raiju Mobile will work with most games that support controllers, and has been optimized for titles like Vainglory, Lineage 2, Dead Trigger 2 and Gear-Club to name a few. Razer does have an app available for the Raiju Mobile, which allows you to configure the controller and adjust the accuracy of the trigger buttons and such. It's a good option for those that do a lot of gaming on their smartphones, considering you will be able to do it more comfortably with a controller versus the touchscreen controls on your smartphone. While the Raiju Mobile was announced alongside the Razer Phone 2, it is not compatible with just the Razer Phone 2. It will work with many other smartphones out there including the Google Pixel 3, Samsung Galaxy Note9, LG V40 ThinQ, and many more. There's no real limitation to using this controller, other than screen size, as larger devices may not fit in the controller's stand. This is perfect for the gamer that is on the go, and still wants to get some time in playing Asphalt 9: Legends on their smartphone. And right now, you can grab the Razer Raiju Mobile game controller from Razer's website for $149 using the link down below.

Background: Game controllers for smartphones is not anything new. Many companies have created game controllers for different smartphones over the years, but now we actually have a big name in the gaming industry making a controller, instead of startups and smartphone makers. This means that the Raiju Mobile will likely be one the better game controllers out there for Android. Of course, Razer is hoping so with that $149 price tag that is attached to it. Game controllers are pretty popular among gamers that do a lot of gaming on their smartphone, because it does make it easier to play these games on your smartphone, since touchscreen controls can be a bit tricky to really use, and of course a dedicated physical button to pull the trigger in Dead Trigger 2 is much easier and more fun to use in gameplay.

Most games that support Bluetooth controllers will work with the Raiju Mobile, and that might be a bit surprising. Razer could have decided to make this controller only compatible with select titles, those that have been optimized to work with its controller, but it didn't. Razer thought it would be better to just use the Bluetooth standard and built-in APIs for controllers that are built-into Android, making it more widely compatible and available to work with many other smartphones on the market. That's a big win for Razer, and something that some other smartphone makers may not have done with its mobile game controller. There are a number of titles that work with this game controller, as mentioned above, and there will be plenty more coming in the near future. The Raiju Mobile controller only works with Android smartphones right now, and not iOS, though iOS support may never come.

Impact: It makes sense for Razer to launch the Raiju Mobile, after all, this is a company that is "for the gamers, by the gamers". Creating gaming products for gamers, while being a company full of gamers. And arguably its a company that is the most in-tune with its customers, since they are also its customers.  Razer was the one behind the start of the whole "gaming phone" craze last year with the Razer Phone. And in 2018, we saw many other companies attempting to make their own gaming phone, including ASUS, Xiaomi, Nubia, HONOR and many more. Though none have really been able to compete with Razer just yet, and that could be due to its presence in console and PC gaming. Though, ASUS does have a presence in PC gaming with its ROG lineup, but not so much in console gaming, which likely switches over to smartphones a bit easier. Hence the reason why Razer brought its Raiju controller from the PlayStation 4 over to mobile this year.

The Raiju Mobile is a controller that isn't all that flashy, but it is a comfortable controller that makes it easy to play games, no matter what the game is. With the built-in stand, it means that you don't need an additional stand for your smartphone to sit in while you're gaming, making it a much better experience. The Raiju has received a ton of praise for how well it works on the PlayStation 4, and it's no doubt that the Raiju Mobile will get the same praise now that it is actually available. Of course, the Raiju Mobile is not a cheap gaming controller, and that's no surprise here. Razer puts functionality and design ahead of attempting to hit any price point – basically, price isn't a factor in making its products, usually. And that is definitely seen here. But if you have a gamer on your list this year, and you are unsure of what to get them, the Raiju Mobile is definitely a good choice, and should still ship in time for the holidays.