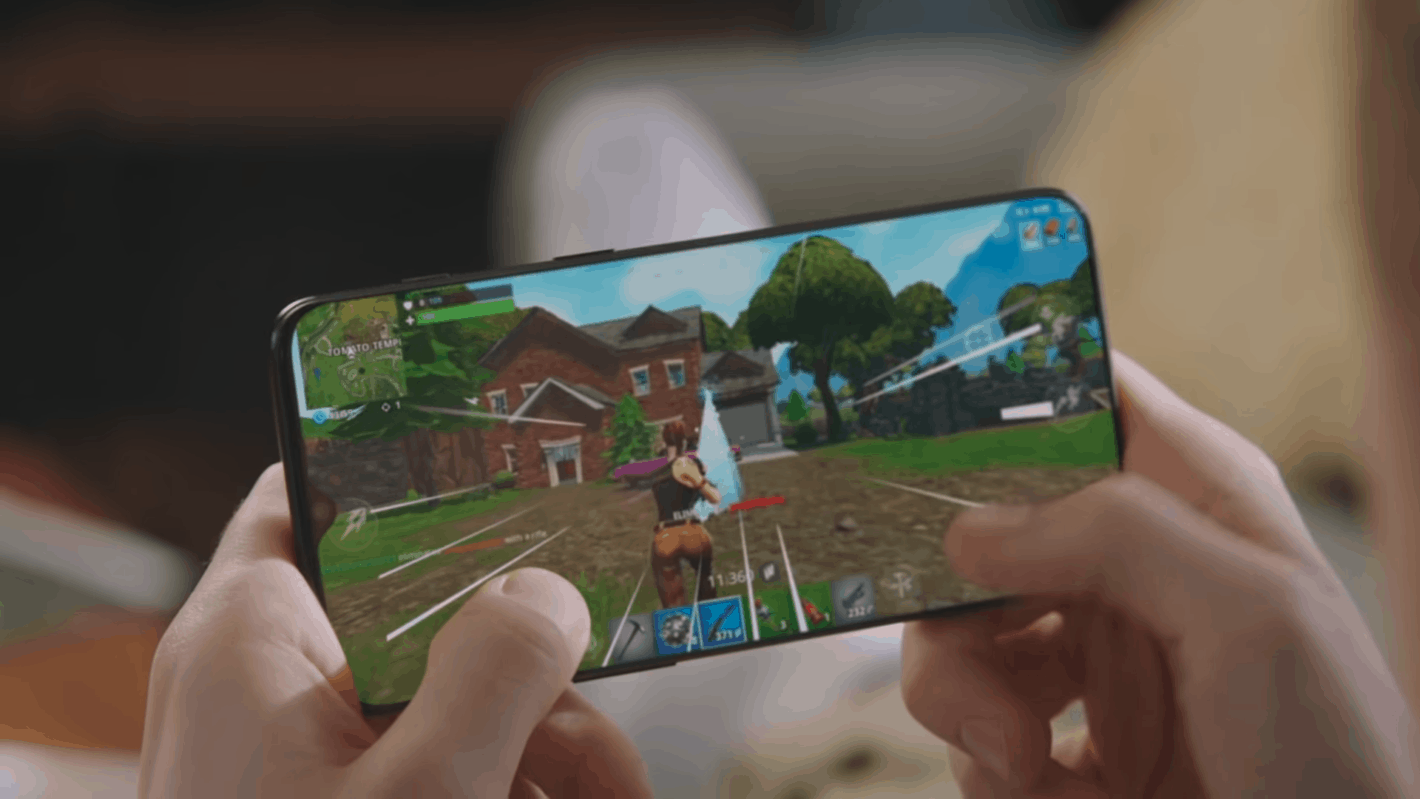 OnePlus did an oopsie in the latest ad that got published on its official YouTube channel. The company published an ad titled "The Difference A Phone Makes – OnePlus 6T", an add which seems to be targeted at T-Mobile customers in the US, as T-Mobile's OnePlus model is being marketed at the end of the ad. In any case, this ad has a duration of approximately one minute, and in the ad, the company is emphasizing the phone's quick charging, low light photo-taking capabilities, and gaming prowess of the OnePlus 6T. That's all nice and dandy, except for one thing, the company decided to cut off the phone's bottom bezel completely. For the vast majority of the ad's duration, you will not even see that bottom portion of the phone with a background that is not black, so you basically do not see the status of its bottom bezel. Towards the end of the ad, though, a man takes up the phone and starts playing Fortnite, and once the camera gets around to filming the phone's display, you will clearly notice that the bottom bezel is missing completely, which is not accurate at all, as the phone does sport a thin "chin" below the display, which is easily visible at the very end of the ad when T-Mobile's ad is shown on the screen, and it's also visible in the middle of the ad when a woman is checking her phone during a wedding. Now, that night photo that a person took with the phone during the ad also seems to be created for the purposes of the ad, as it looks better than anything a DSLR can take, at least on the phone's display, so that's also kind of misleading, but that's what usually happens with ads like these.

In any case, it seems like OnePlus took a trick from Apple's handbook, as Apple misrepresented some of its smartphones in the past this way, but cutting their bezels and making them look nicer than they look in real life. That is, of course, not really ethical, as it will not only confuse some people, and some people may actually be disappointed when they see the phone in real life, but it's plain wrong, it's straight-up lying, basically. That's actually quite interesting, actually, as OnePlus decided to cut off the OnePlus 6T's bottom bezel, while it did nothing with the waterdrop notch, the rest of the phone looks the same, but that bottom bezel is gone for whatever reason. The OnePlus 6T has enough positive press these days that OnePlus really does not need to go down this rabbit hole, as plenty of people seem to be interested in the device, and for a good reason, it has plenty to offer for a reasonable price tag, so misleading ads like this one are really unnecessary.

The OnePlus 6T was announced back in October, and since then, the company announced several new variants of the phone. The phone originally arrived in Mirror Black and Midnight Black colors, while the company announced the Thunder Purple variant soon after the original launched. Earlier this month, OnePlus released a special edition variant of the phone, the OnePlus 6T McLaren Edition. That variant of the device does not only come with a new paint job, but it also packs in faster charging than the regular OnePlus 6T model, while it also comes with more RAM on the inside, and that managed to anger some of the company's customers. This is the first time ever that OnePlus decided to make such changes between a regular variant of the phone, and a special edition unit. The device comes with a 6.41-inch fullHD+ display, 6GB / 8GB of RAM for the regular model, and 10GB of RAM for the McLaren Edition. The phone is made out of metal and glass, it has an in-display fingerprint scanner, and comes with a 3,700mAh non-removable battery. The device is fueled by the Snapdragon 845, while Android 9 Pie comes pre-installed on the phone.

This Ad Move Was Completely Unnecessary

As already mentioned, the company is getting plenty of positive press for a good reason, OnePlus managed to create one of the best handsets this year, and it managed to attach a rather affordable price tag to it, at least compared to the competition. The phone's sales are extremely high in the US, compared to the OnePlus 6, mainly because the device is available via T-Mobile now, so it's difficult to understand why would the company release such a misleading ad. It would be a lot easier to understand that move if the sales were poor, not that it would be the right move, but it would at least be easier to understand. There is still no info regarding the phone's sales outside of the US, but judging the reactions of both media and consumers, quite a few people opted to pick up the OnePlus 6T this year.