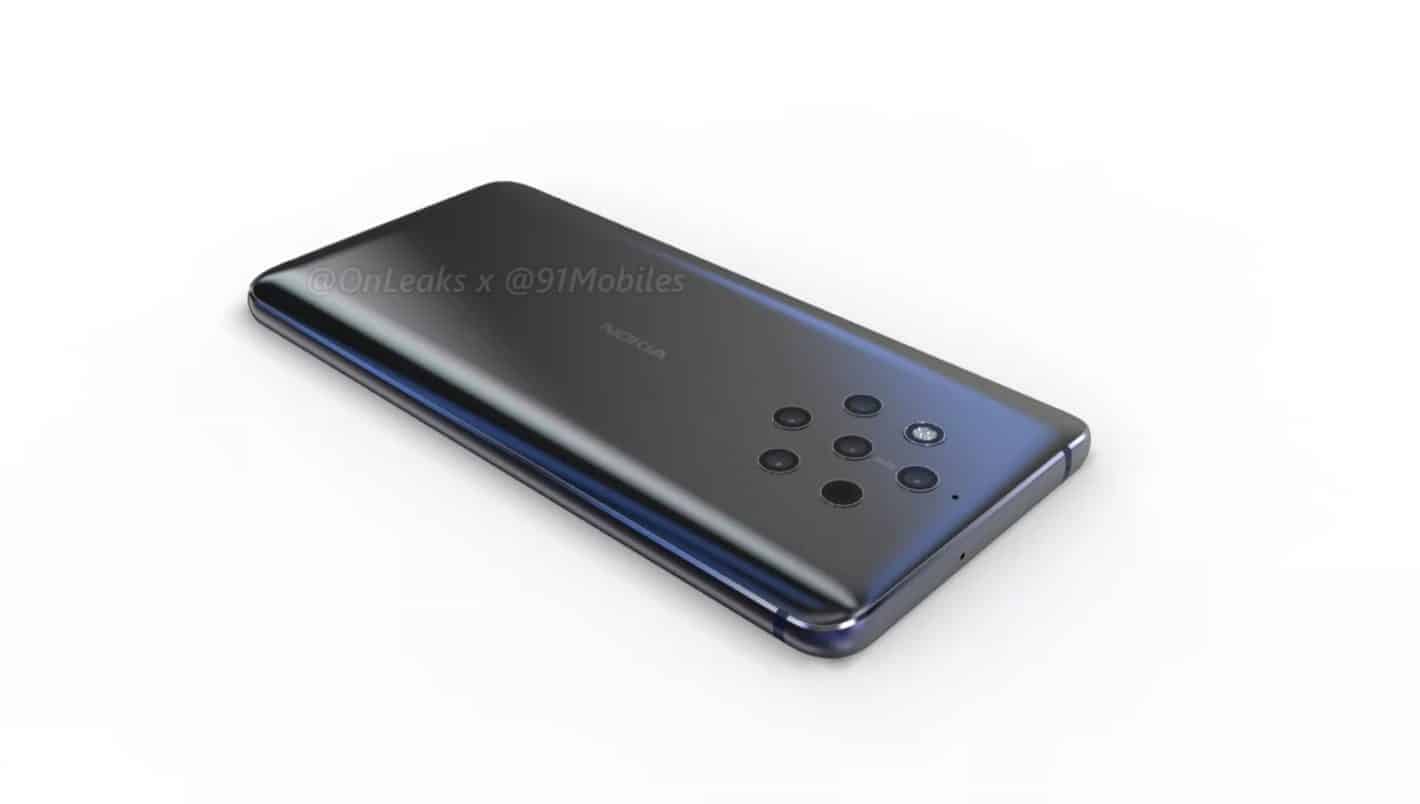 The Nokia 9 PureView will launch in January, at least if the new rumor is to be believed. This information comes from a Twitter page called “Nokia anew”, and the tweet says “One month left before the announcement”, with the included “Nokia 9 PureView” hashtag. This suggests that the phone will actually arrive towards the end of January, which suggests that the phone will not be shown off during the Consumer Electronics Show (CES) in Las Vegas, as some rumors suggested. If the info is accurate, the phone will get announced in the last week of January, after CES ends, so HMD Global will probably host a separate event in order to show off its newest handset. In addition to that tweet, the source also shared a render of the phone, though that’s just a rehashed image that was released a while back, and chances are it’s quite accurate, as we’ve seen that exact leak a ton of times thus far.

Penta Camera Setup, No Notch, And No Punch-Hole?

The Nokia 9 PureView will be made out of metal and glass, and it will ship with five cameras on the back, which is no longer a secret. The phone will also ship without a display notch, and without a punch hole in the display. Yes, that means that bezels will be present above and below the phone’s display, and yes, they will be thicker than on most other flagships, but they will still be quite thin, and a compromise that many people are willing to accept over having a display notch or a hole in the display. OEMs have been spiraling out of control with notches, and it seems like display holes are the next big thing, unfortunately. Display holes, if you ask me, are even more obstructive than notches, as there’s no way you can hide them, while they’re even more in your content than notches. I see display holes as large dead pixels, and I’m really hoping that they’ll go away in the near future. Chances are, though, that we’ll see plenty of such phones in 2019, until something else comes along (under-the-display selfie cameras, hopefully), and it’s nice to see that not everyone is planning to join the display hole bandwagon.

Now, as far as the phone’s cameras are concerned, well, the phone will include seven rings on the back, but only five of those rings are reserved for cameras. The Nokia 9 PureView, if rumors are accurate, will sport a rather unique-looking camera setup on the back. The sixth ring will be reserved for an LED flash, while the seventh one will include some sort of a dual sensor if rumors are to be believed. HMD Global acquired rights to use PureView branding and technology a while back, it acquired it from Microsoft, and the moment that happened, Nokia 9 PureView rumors started popping up. The Nokia 9 PureView actually got postponed a number of times thus far, and the last time occurred because of the phone’s cameras, at least if reports are to be believed. HMD Global’s Chief Product Officer, Juho Sarvikas, probably had something to do with that, but it seems like he wants the Nokia 9 PureView to be truly ready for release before HMD Global announces it, as the cameras were reportedly not ready for prime time. It seems like everything is going according to plan now, so we can expect the phone to see the light of day at the end of next month.

The Nokia 9 PureView has been delayed quite a few times thus far, at least according to reports. The Nokia 8 was introduced back in September last year, and the Nokia 9 was originally expected to follow in September this year, but that obviously did not happen. Mr. Sarvikas actually postponed the phone’s released a couple of times thus far, as he simply did not feel that the device is ready to be released. Initially it was for unknown reasons, but lately, it’s because of the phone’s cameras, as HMD Global obviously needed to include PureView tech into the device, and it did not have all that much time to do that. We haven’t seen PureView tech in a smartphone for quite some time now, so it will be interesting to see what changed over the years, and if it’s able to rival other smartphones in the market.